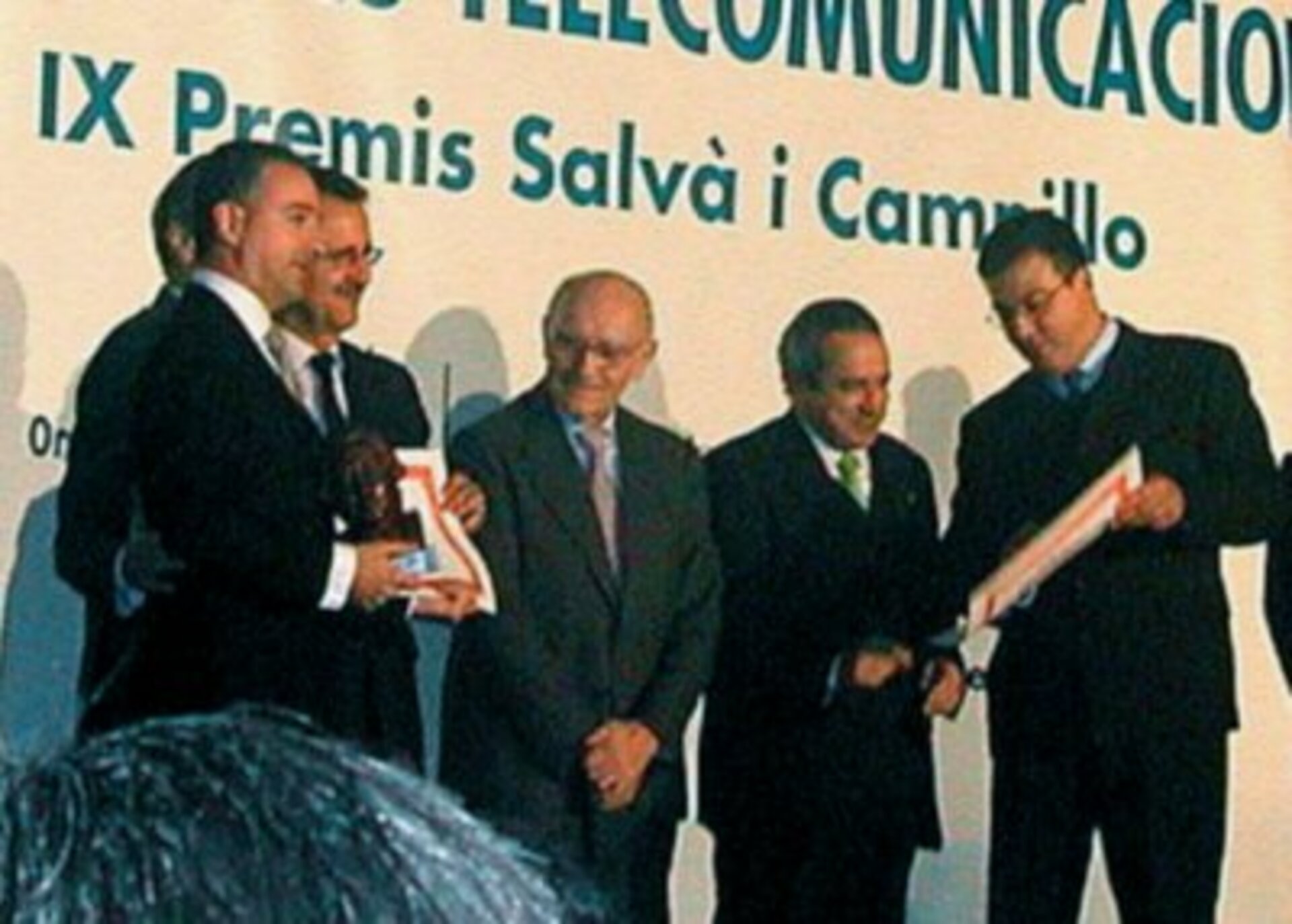 An ESA project called SISNeT that makes satellite navigation accessible via the Internet has been awarded the prize for originality in the 'Salva i Campillo Telecommunications Awards'.

More than 1000 Europe-wide VIP players of the IT field attended an award ceremony on 26 February in Barcelona. The event was held to recognise the people and R&D work that have been most outstanding in the Spanish autonomies and throughout the State and the whole of Europe in the development of Information and Communications Technologies.

The prize this year for the ‘most original project’ was awarded to an ESA team (Javier Ventura-Traveset and Félix Torán Martí from the EGNOS Project Office) who have been developing Signal-in-Space through Internet (SISNeT). This technology makes available the highly accurate navigation information from the EGNOS (European Geostationary Navigation Overlay Service) Signal-In-Space (SIS).

EGNOS works by receiving American GPS navigation signals at ground stations. Specialist software is then used to correct these signals to produce differential corrections and integrity information which is finally broadcast to the users via geostationary satellites and picked up by those users with an EGNOS receiver.

Sometimes signals are blocked by buildings. This is called the canyon effect. To solve this problem, ESA engineers had the idea of getting the data through the Internet via a GSM connection, a project called SISNeT.

SISNET is a clear example of the Shape and Share spirit of ESA. Developed by ESA engineers, the SISNET technology and benefits are now shared among a large number of European Industries and Universities.

Current applications of the SISNeT technology have included the development of a handheld receiver, based on an iPAQ Personal Digital Assistant (PDA). This has been demonstrated in cars and on a bus as a navigation tool and outstrips the accuracy of current GPS systems. Another promising application aims at providing guidance information to blind pedestrians.

EGNOS, an initiative of ESA, the European Commission and Eurocontrol, for use in civil aviation and other new services, paves the way for Galileo, the first civil global satellite navigation system.