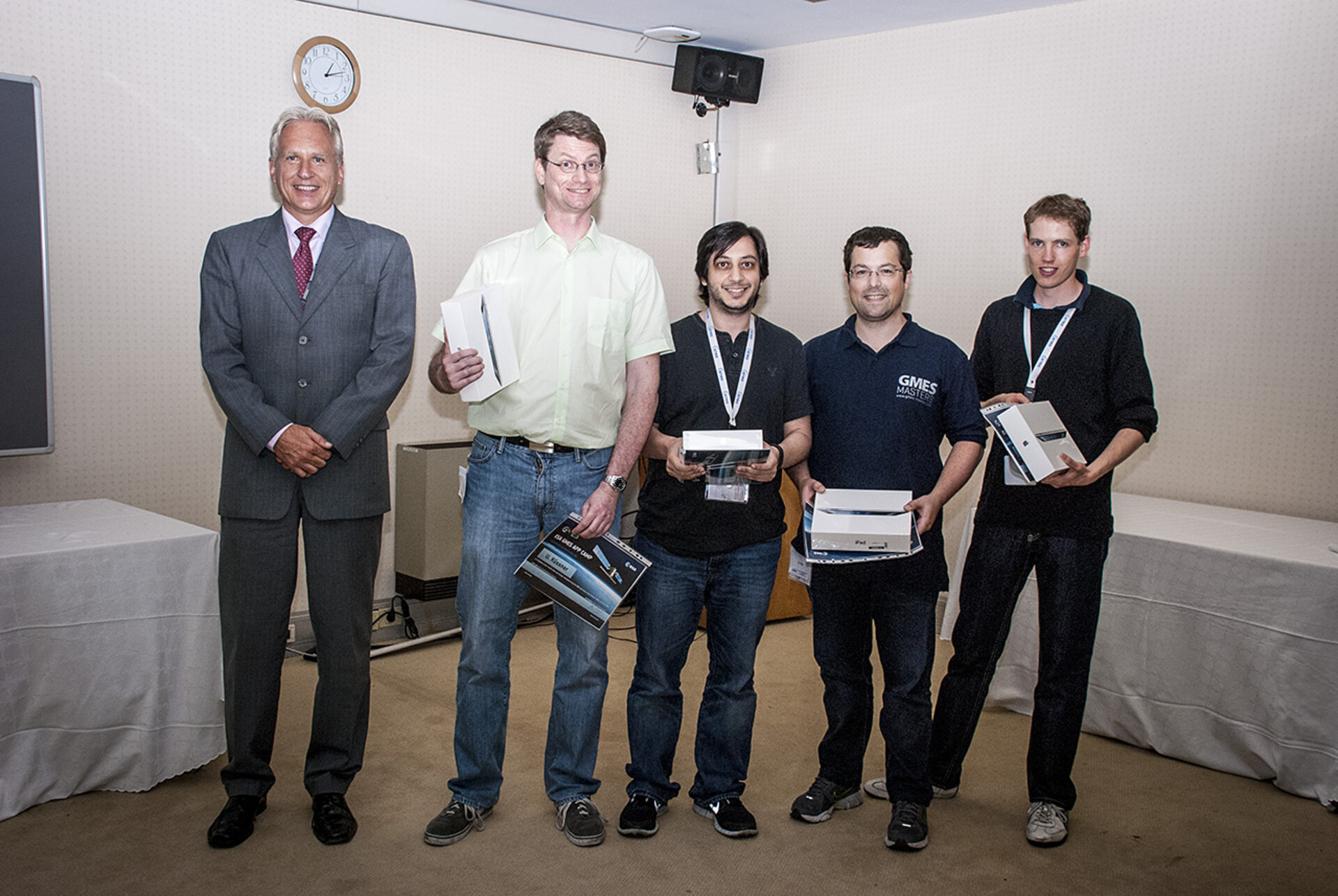 Using satellite data to find areas of thermal updraft to fly gliders is just one of the innovative ideas developed over the week-long ‘camp’ to help bring Earth observation to the everyday user.

In its second year, the App Camp saw 20 developers from 16 countries convene at ESA’s ESRIN centre in Frascati, Italy.

The goal was to develop mobile applications – or apps – using Earth-monitoring data on smartphones, building on the possibilities offered by Europe’s Global Monitoring for Environment and Security (GMES) programme.

Divided into groups of four, each team had a week to create an app under the following categories: Crowd-sourcing in support of GMES, Games and Leisure, Land-monitoring using GIO Land, and Observe and Learn.

Today, the teams presented their apps to a panel of ESA judges who ranked the five projects based on innovation, relevance for GMES, attractiveness for intended users, stage of development and overall presentation.

Developers of the Thermal Guidance System app won the challenge. The group of aviation enthusiasts proposed the use of satellite data to detect areas of high thermal updraft – rising air currents that are responsible for keeping the planes and gliders aloft.

The app provides maps of these areas and a 3D view to assist pilots of gliders and small motorised planes, as well as for flying unmanned aerial vehicles.

Members of the winning team were each presented with an iPad3.

Other apps developed during the week included the game app Springesa, which simulates conditions for growing and harvesting vegetables using satellite data. Cheetah uses crowdsourcing to optimise food transport in Africa by recommending routes depending on weather and traffic conditions.

Breathe More, Live More also uses crowdsourcing to pinpoint areas in large cities with good air quality, while Liferama provides information for leisure activities such as fishing, bird-watching and going to the beach.

App Camp participants are encouraged to submit their apps to the Copernicus Masters’ ESA App Challenge by 15 September for the chance to win a €10 000 cash prize, and to have the idea further developed in one of the seven ESA Business Incubation Centres, valued at €60 000.

The Copernicus Masters competition – previously known as the GMES Masters – rewards the best ideas for services, business cases and applications based on satellite Earth observation data. With a prize pool of €350 000 in cash prizes, technical support, data packages and business incubation, it aims to foster product development and entrepreneurship in Europe.

The App Camp was devised by the GMES Space Office and co-sponsored by the Technology Transfer Programme Office.