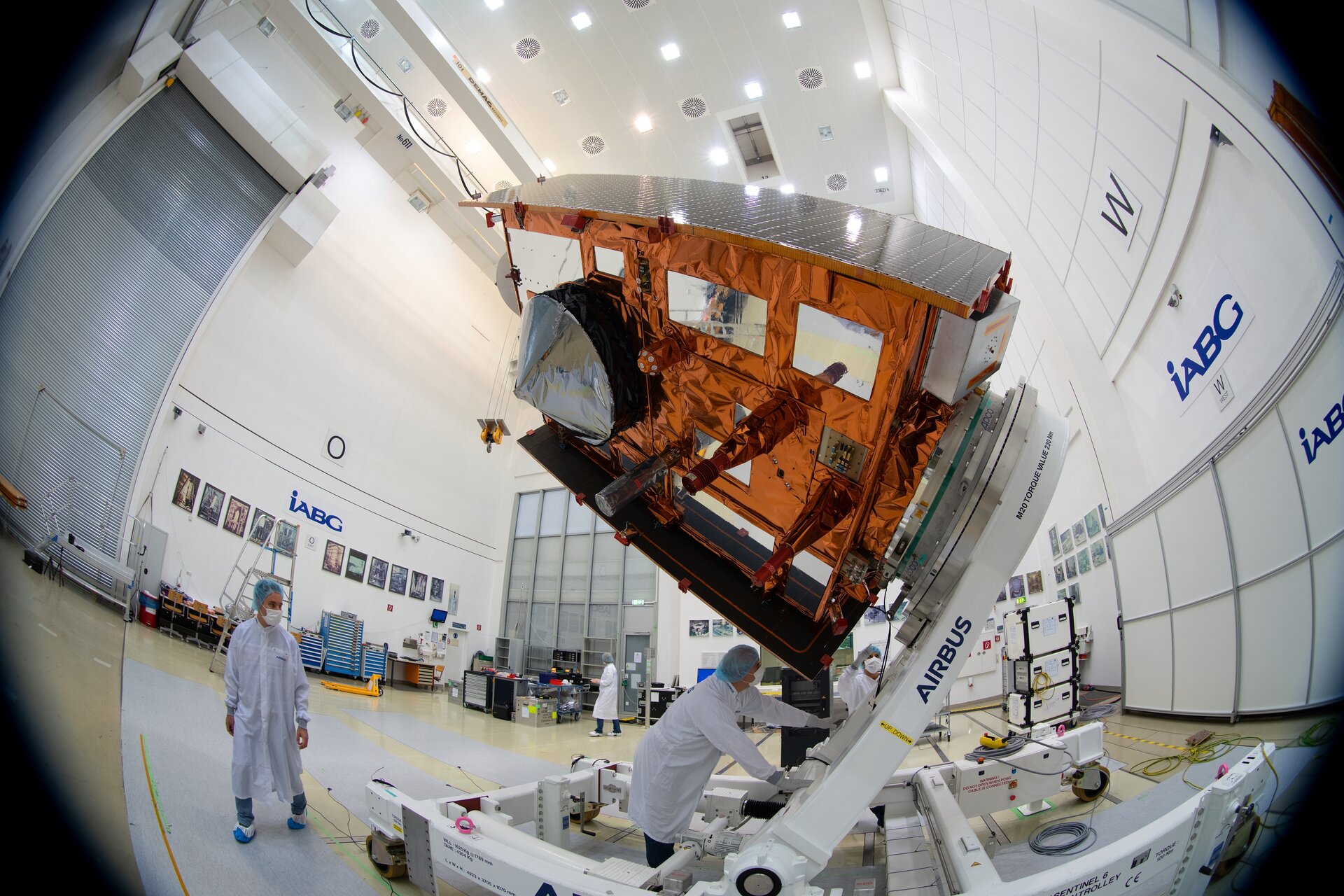 Like students all over the world currently awaiting exam grades, the Copernicus Sentinel-6 Michael Freilich satellite has also been put through a series of strenuous tests leaving the eyes of the teams involved in this international mission set firmly on its final results. Happily, Sentinel-6 has passed with flying colours and engineers can now prepare it for shipment to the US for liftoff on a SpaceX Falcon-9, which is scheduled for 10 November.

Renamed in honour of Michael H. Freilich, who led NASA’s work in Earth science, Copernicus Sentinel-6 Michael Freilich will take over the critical role of monitoring sea-level change by extending the long-term measurement record of global sea level from space.

With millions of people living in coastal communities around the world, rising seas are at the top of the list of major concerns linked to climate change. Monitoring sea-surface height is critical to understanding the changes taking place so that decision-makers have the evidence to implement appropriate policies to help curb climate change and for authorities to take action to protect vulnerable communities.

Over the last three decades, the French–US Topex-Poseidon and Jason mission series served as reference missions, and in combination with ESA’s earlier ERS and Envisat satellites, as well as today’s CryoSat and Copernicus Sentinel-3, they have shown how sea level has risen about 3.2 mm on average a year. More alarmingly, the rate of rise has been accelerating over the last few years. It is now rising at 4.8 mm a year.

Now it is time for the Copernicus Sentinel-6 mission to pick up the baton and extend this dataset that is the ‘gold standard’ for climate studies – and following the positive outcome of the technical ‘qualification acceptance review’ stating that the satellite has passed all of its tests, the satellite can be packed up for shipment to the launch site.

Pierrik Vuilleumier, ESA’s Copernicus Sentinel-6 project manager, said, “This review is an important milestone and the plan now is to have the satellite packed up by the end of the month for shipment from IABG’s centre near Munich in Germany to the Vandenberg launch site in California in the US. Given the COVID-19 situation, all those involved have worked brilliantly to keep to schedule.

“We plan to ship to Vandenberg on 23 September, following a few other reviews related to the readiness of the launch site and spacecraft operations.”

The mission, which comprises two satellites launched sequentially, is a true example of international cooperation: it has been jointly developed by ESA, NASA, EUMETSAT and NOAA, with support from CNES.

Each satellite carries a radar altimeter, which works by measuring the time it takes for radar pulses to travel to Earth’s surface and back again to the satellite. Combined with precise satellite location data, altimetry measurements yield the height of the sea surface.