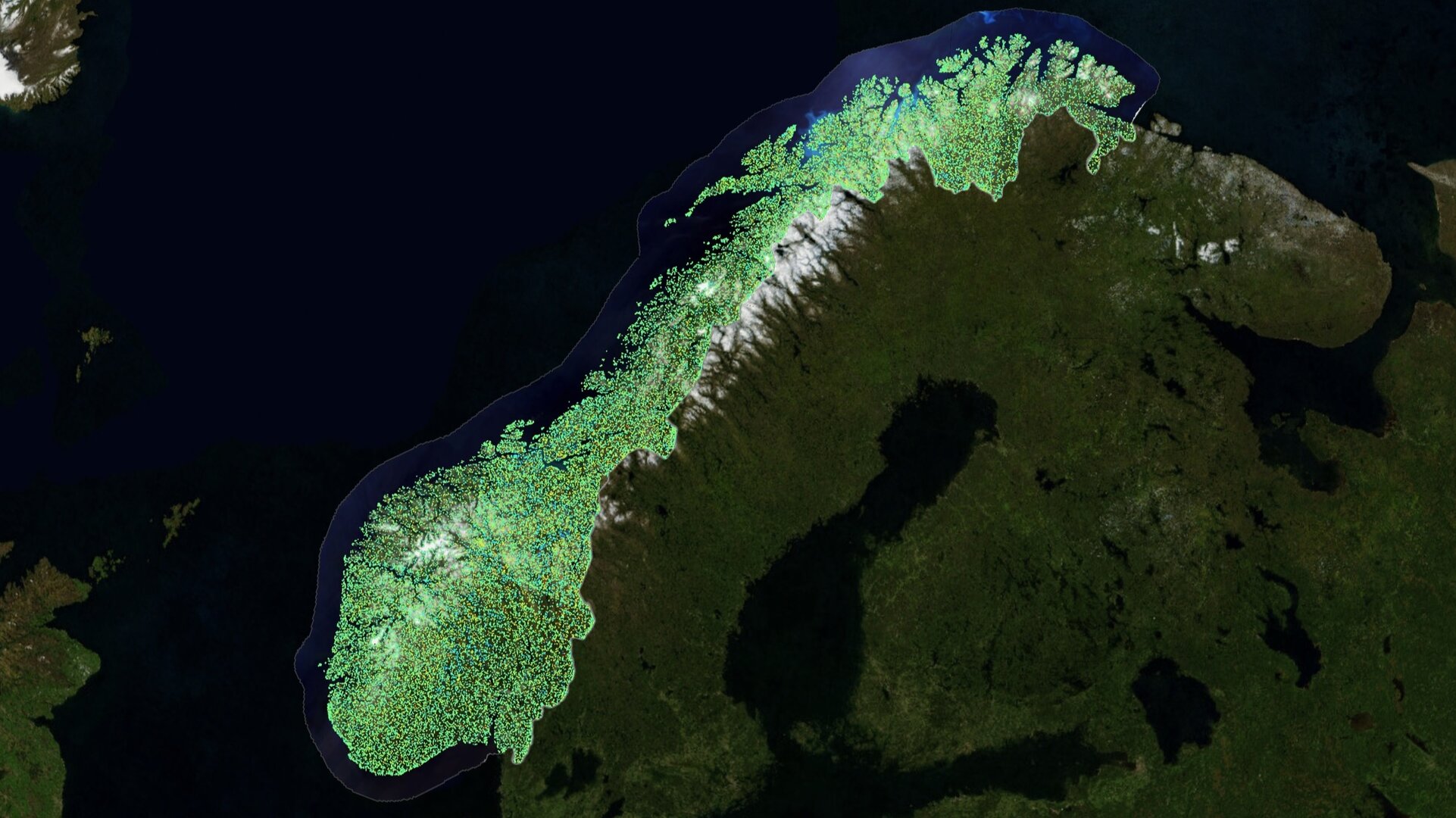 Images acquired every six days by the European Union’s Copernicus Sentinel-1 satellites are being used to map ground movement across two billion measurement sites in Norway, revealing shifts as small as one millimetre a year.

Thanks to this information, the Geological Survey of Norway, the Norwegian Water Resources and Energy Directorate, and the Norwegian Space Centre have recently launched the Norwegian Ground Motion Service – InSAR Norway.

This new service will provide the basis for strategic governmental use of interferometry in Norway. Interferometry is a technique involving multiple repeat satellite radar images over the same scene that are combined to identify slight alterations between acquisitions, thus 'spotting the difference’.

The service will map ground deformation caused by, for example, subsidence. It will also assess the risk of landslides and monitor changes in infrastructure in urban areas. Furthermore, the service will lead to downstream commercial and public use – for instance in sectors such as big data analysis, insurance, real estate, structural engineering and transport infrastructure.

The service will also benefit road and rail authorities, municipalities and city planners, as well as citizens.

InSAR Norway aims to find all unstable rock slopes in Norway that could collapse catastrophically, and understand the geologic conditions of each unstable slope and rank them based upon their hazard and risk, and establishing a 24/7 early-warning system where necessary.

John Dehls, from the Geological Survey of Norway, stated, “Setting-up such an operational ground motion service has had significant technical challenges. However, we are already seeing the first benefits.

“New critical areas prone to large landslides were discovered within days of the first dataset being produced. These will be followed up with fieldwork next summer.

“We consider that the information provided by the InSAR Norway service will be of interest not only for public and commercial entities, but also for citizens.

“We have decided to provide the related data at full resolution, freely and openly to everyone. Furthermore, InSAR Norway data will be maintained and updated at regular intervals, thus creating predictability for long-term operational users”.