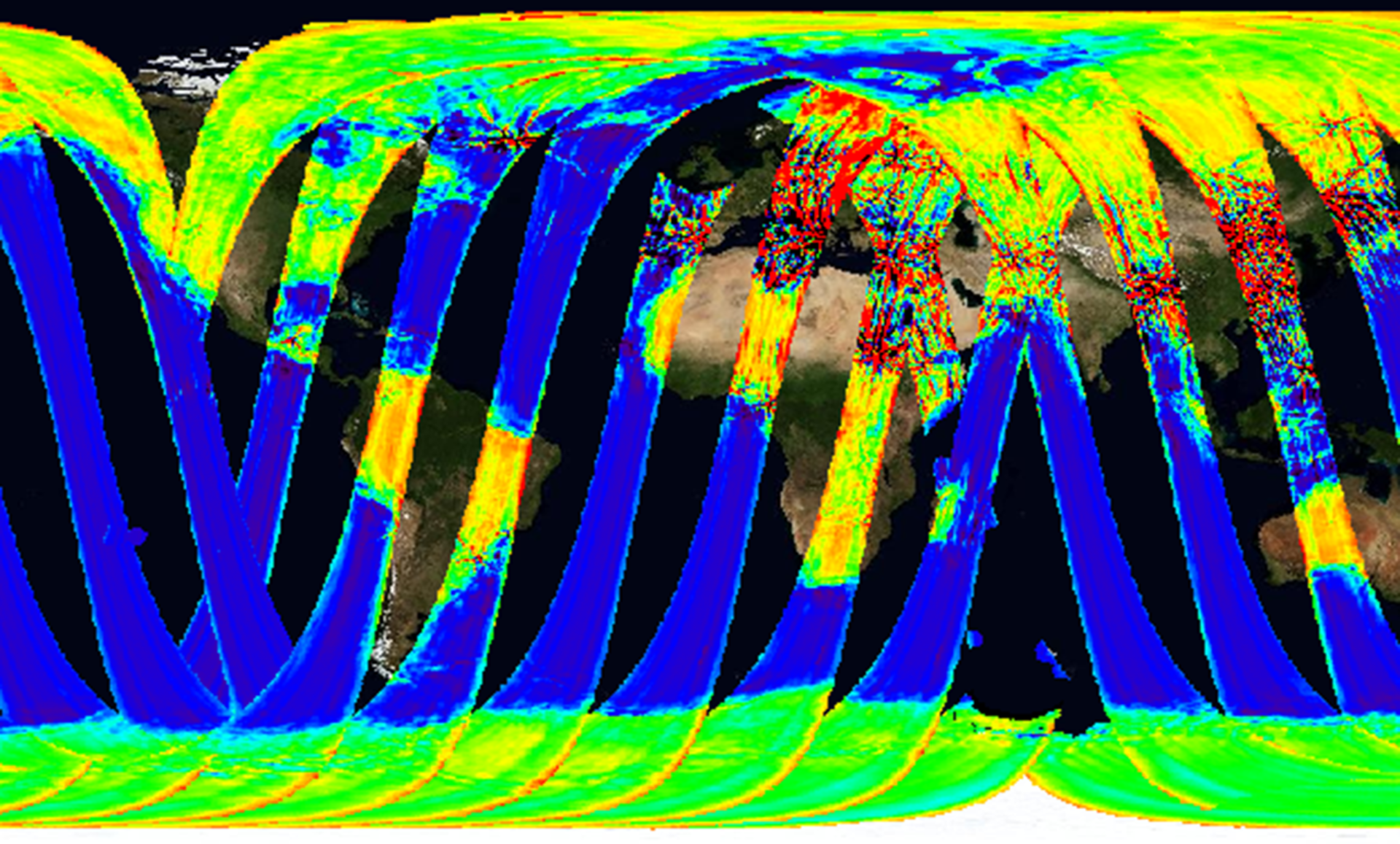 This image is the first data sent to Earth by the MIRAS instrument on ESA's SMOS satellite, launched on 2 November. It was acquired as part of the initial functional verification test since the instrument was switched on on Tuesday.

The image depicts non-calibrated brightness temperature values colour coded from blue (low) to red (high). Although the image content cannot be interpreted at this time, it proves that the instrument is in good shape and the data reception and processing chain are working.

The switching-on of MIRAS (Microwave Imaging Radiometer using Aperture Synthesis), an L-band radiometer with 69 receivers mounted on a star-shaped three-armed antenna, marked the completion of the critical launch and early orbit phase.

Engineers are now evaluating the quality of the downlinked data and concentrating on the calibration of the instrument. Once calibration has been achieved, the first maps of soil moisture and ocean salinity will be released.