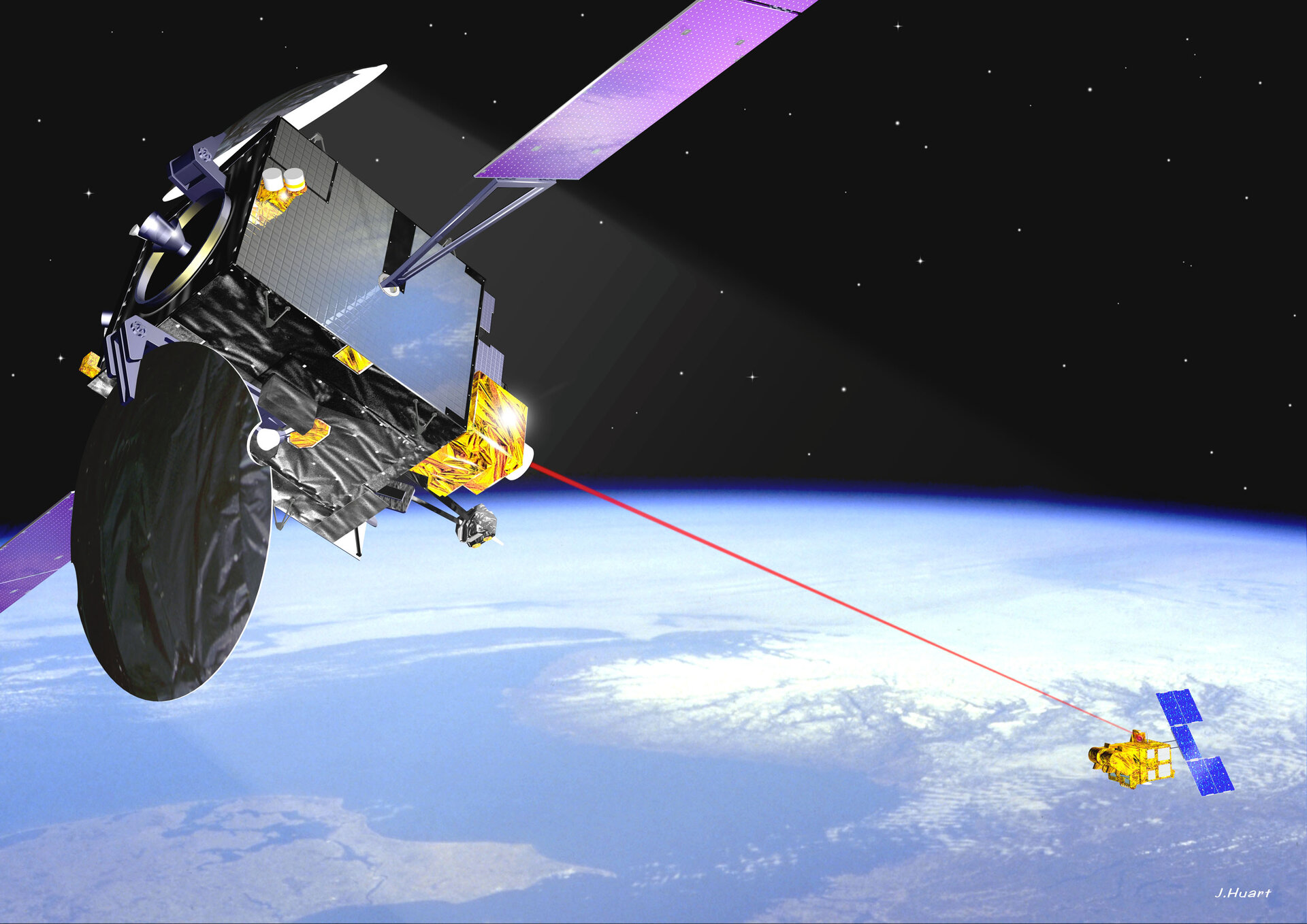 19:00 CEST. ESA's Artemis telecommunications satellite, launched by an Ariane 5 on Thursday 12 July 2001 at 18:58 local time (23:58 CEST) in Kourou, French Guiana, was left stranded in a lower than expected orbit due to a malfunction in the launcher's upper stage.

An anomaly appeared at the beginning of the propulsion phase of the upper stage and is the origin of this degraded performance. The solid propellant boosters and the main cryogenic stage performed correctly throughout the launch phase.

The spacecraft was put into safe sun pointing conditions by ground controllers approximately two hours after launch. The solar panels were partially deployed, as planned for the nominal mission, and are powering the satellite correctly. Artemis is fully under control and is being monitored via different ground stations all over the world through the Fucino ground station in Italy.

Artemis can remain in this safe condition for as long as is needed to allow ground controllers to elaborate alternative scenarios to bring the mission back on track.

Thanks to the availability of the ion propulsion system for position-keeping manoeuvres, most of the chemical fuel on board the satellite can be used to raise its orbit to the expected altitude. Only at the end of next week should it be possible to have a complete assessment of the situation and to identify a corrective strategy.

Further information on the data analysis and on the enquiry board that has been put in place to analyse the malfunctioning of Ariane 5 can be found on the Arianespace website.