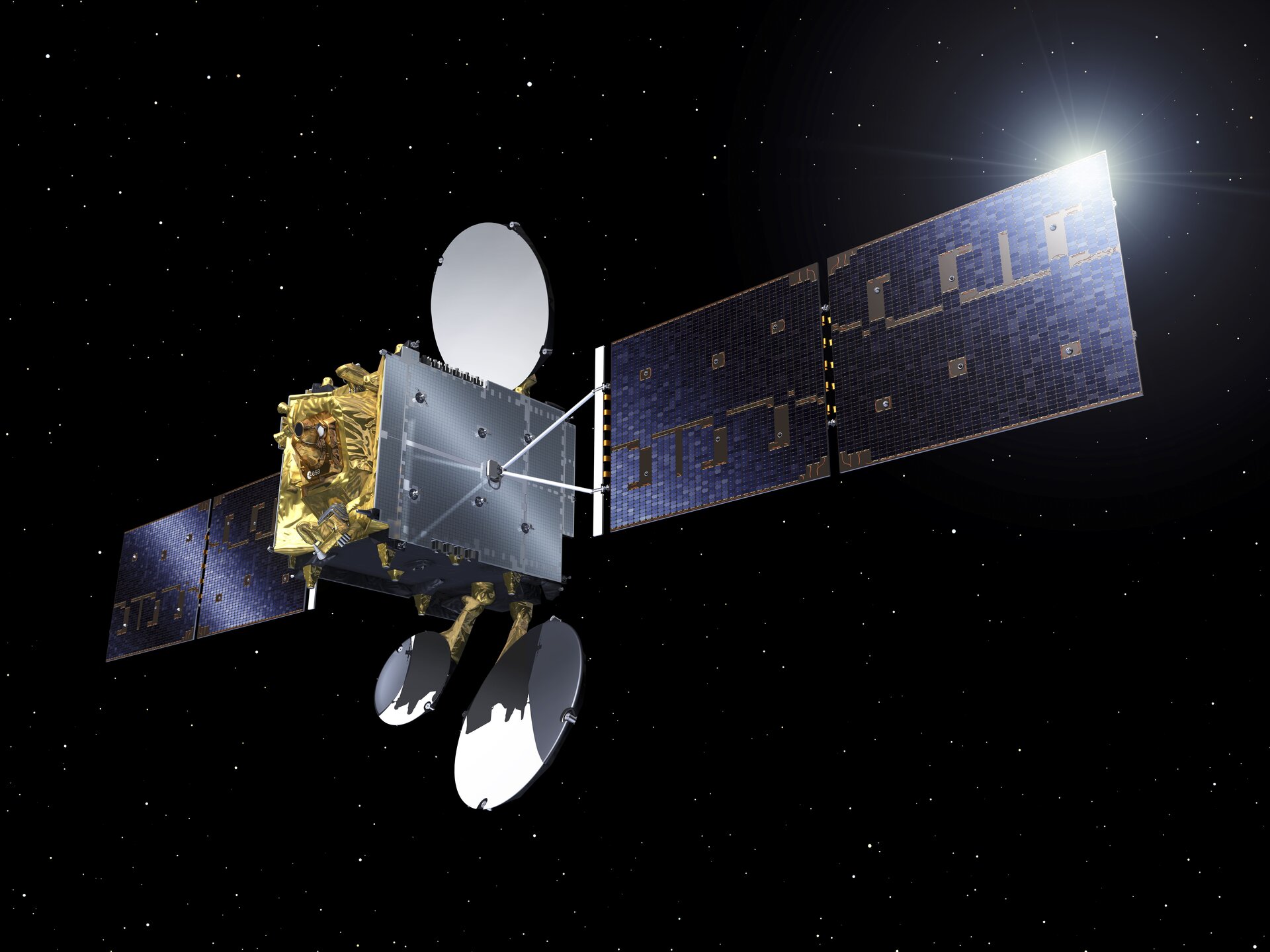 The second node in the most sophisticated laser communication network ever designed is ready to go into service.

Its second satellite, EDRS-C, has now completed its in-orbit commissioning review and is ready to start service.

Launched on 6 August 2019, EDRS-C has since manoeuvred into its geostationary orbit some 36 000 kilometres above Earth where it has been thoroughly tested during the past six months.

The in-orbit commissioning review demonstrated that all EDRS-C systems perform well and that EDRS-C can link with Sentinel 2B, one of the Earth-observation satellites from the European Union’s Copernicus programme.

EDRS-C is now being tested with all four Sentinel satellites ahead of its user commissioning review, which is due to take place in a few weeks.

Following the user commissioning review, EDRS-C will join its sister satellite, EDRS-A, as an operational node of the EDRS constellation. The latter was launched in January 2016 and has been providing communications services to the Copernicus programme since November 2016.

EDRS-A is due to relay information from the International Space Station, once the required equipment is installed on the outside of its Columbus laboratory.