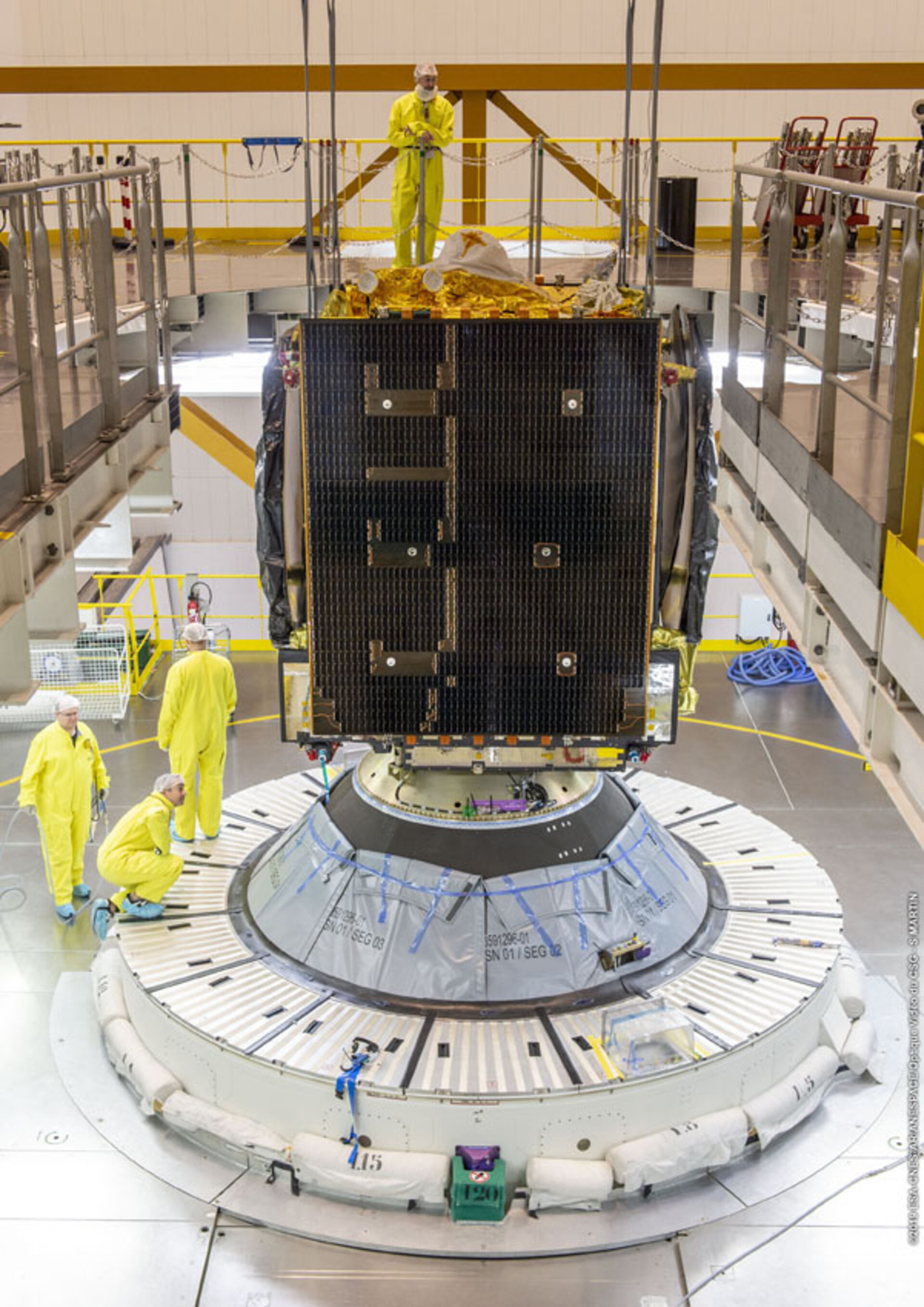 The second satellite to join the constellation that forms the European Data Relay System (EDRS) has been mated with its launch vehicle.

The EDRS-C satellite is due for launch on 6 August from Europe’s Spaceport in Kourou, French Guiana, aboard an Ariane 5 rocket.

EDRS enables people to observe the Earth almost live, accelerating responses to emergency situations and spurring the development of new services and products that create jobs and increase prosperity.

Dubbed the ‘SpaceDataHighway’ by its private operator, Airbus, EDRS uses innovative laser technology to dramatically cut the time needed for Earth observation satellites to deliver information to the ground.

Instead of sending data from Earth observation satellites to the ground – which introduces delays of up to 90 minutes, as the information can only be transmitted when the satellite is in line-of-sight with the ground station – the system sends the data away from the Earth to the EDRS satellites that are in a higher, geostationary orbit.

The EDRS satellites are in constant contact with their ground stations and can beam the data back down to Earth almost immediately.

The satellites can transmit data at a rate of up to 1.8 Gbit/s.

EDRS is a new, independent European satellite system, and is a public–private partnership between ESA and Airbus as part of ESA’s efforts to maximize the benefits to industry by taking an efficient management approach tailored to commercial best practices.

“When EDRS-C joins its sister satellite EDRS-A in orbit, it will boost the capacity and reach of the system, which will enable companies in Europe and Canada to develop new services and products,” says Michael Witting, EDRS project manager at the European Space Agency.