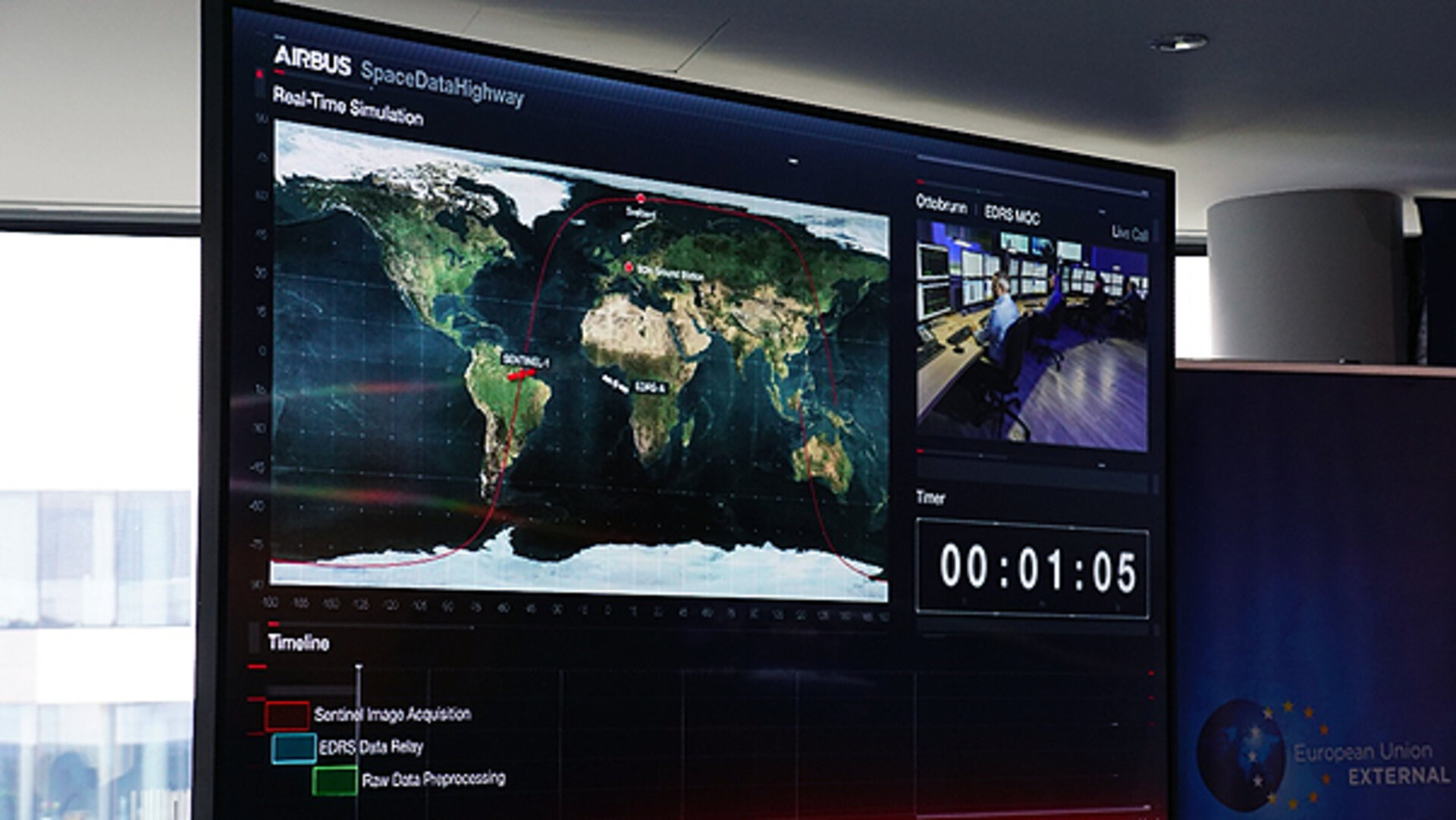 A satellite network that can zoom in on ships at sea and check for oil spills in almost real time has demonstrated its capabilities at a high-level international event in Brussels.

Dubbed the “SpaceDataHighway” by its private operator Airbus, EDRS enables Earth-observation satellites to deliver their information to users on the ground in near real-time, accelerating response to emergency situations and spurring the development of new services and products.

The system works by using lasers to speed up the collection of data from Earth-observation satellites that are in low Earth orbit.

Without EDRS these satellites can only relay their information when they are in direct line-of-sight with a ground station, which on average only happens every 90 minutes.

With EDRS, they send their data through space via laser to one of the EDRS satellites in a higher, geostationary orbit that have a constant view of a ground station.

Delegates at the meeting watched staff from the European Maritime Safety Agency analyse images of ships off the coast of French Guiana that were captured just seconds earlier by an Earth-observation satellite called Copernicus Sentinel-1B as it orbited the planet.

The team were able to pinpoint individual ships on a 60,000 square kilometre patch of the Atlantic Ocean that was twice the size of Belgium.

They checked the ships’ wakes for any evidence of oil spills – and found none on this occasion.

EDRS is a public–private partnership between ESA and Airbus.

Evert Dudok, Executive Vice-President at Airbus, said: “The Space Data Highway and the EDRS service is a unique European capability. What we have to do now is stay ahead on the technology and identify partners internationally in the US and in Japan.”

Magali Vaissiere, Director of Telecommunications and Integrated Applications at ESA, said: “EDRS has a wealth of applications. To stay ahead of the international competition, we have to make sure that EDRS meets the real needs of users and we have to keep on investing in the infrastructure itself to make it global. It will become a worldwide commercial success.”

The second node in the EDRS constellation, called EDRS-C, is due to be launched on 6 August on an Ariane 5 rocket from Europe’s Spaceport in Kourou, French Guiana.