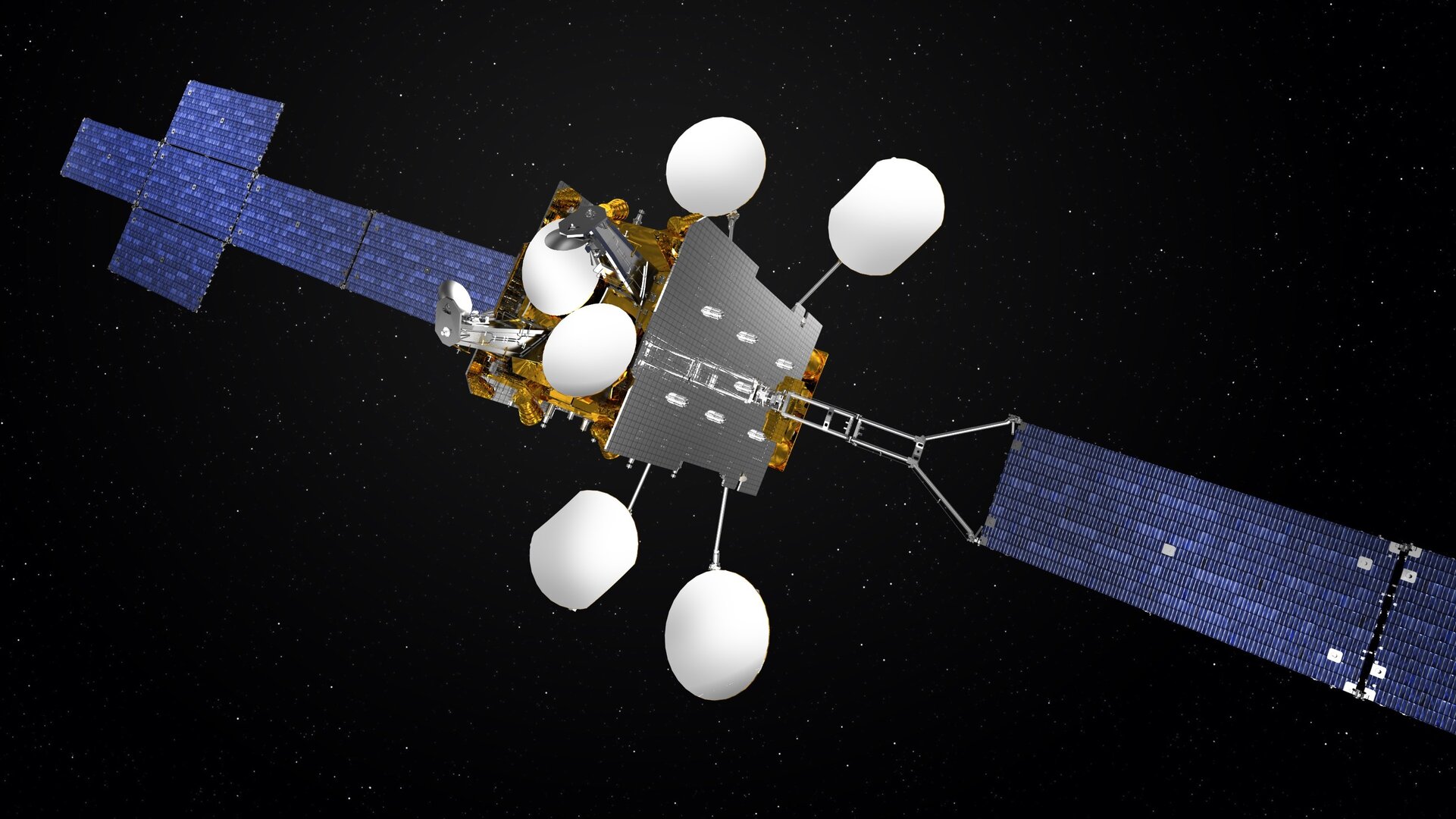 ESA and Thales Alenia Space have signed a contract for the full development and qualification of a new line of satellite platforms called Spacebus Neo.

This marks the next phase of the Neosat programme, which is part of ESA’s Advanced Research in Telecommunications Systems programme, ARTES.

Neosat is based on cooperation between ESA and France’s CNES space agency. The programme’s objective is for European satellite builders to capture at least half of the world’s satcom market in the years to come.

Neosat addresses the 3–6 tonne satellite market and aims to reduce the cost of a satellite in orbit by 30% compared with today’s designs by the end of the decade.

Spacebus Neo uses all-electric propulsion – both for raising the satellite into its final orbit after separation from its launcher, and for maintaining its operating position. Electric thrusters use significantly less propellant than traditional thrusters.

It will be powered through a new solar array with last-generation European solar cells and battery and an advanced power distribution system.

Spacebus Neo will be based on a modular concept and an optimised industrial workflow that sources platform modules and building blocks from all across Europe, ensuring a reduced satellite delivery time to satellite operators.

The signing took place at the World Satellite Business Week event in Paris.

Mrs Vaissiere commented: “ESA’s Neosat programme is driving the development of the next generation of telecom platforms to maintain Europe’s lead in the worldwide satcom market.

“European satellite manufacturers demonstrate that innovation can flourish in a competitive market.”

Mr Maureau, added: “The Neosat programme is of the highest priority for our company. The Spacebus Neo series will combine innovation with heritage to achieve a highly competitive and fully modular satellite product line.

“The response to Spacebus Neo in the satcom market has been very positive. It proves how fruitful the partnering of industry and agencies can be in correctly identifying and meeting the needs of the customer.”