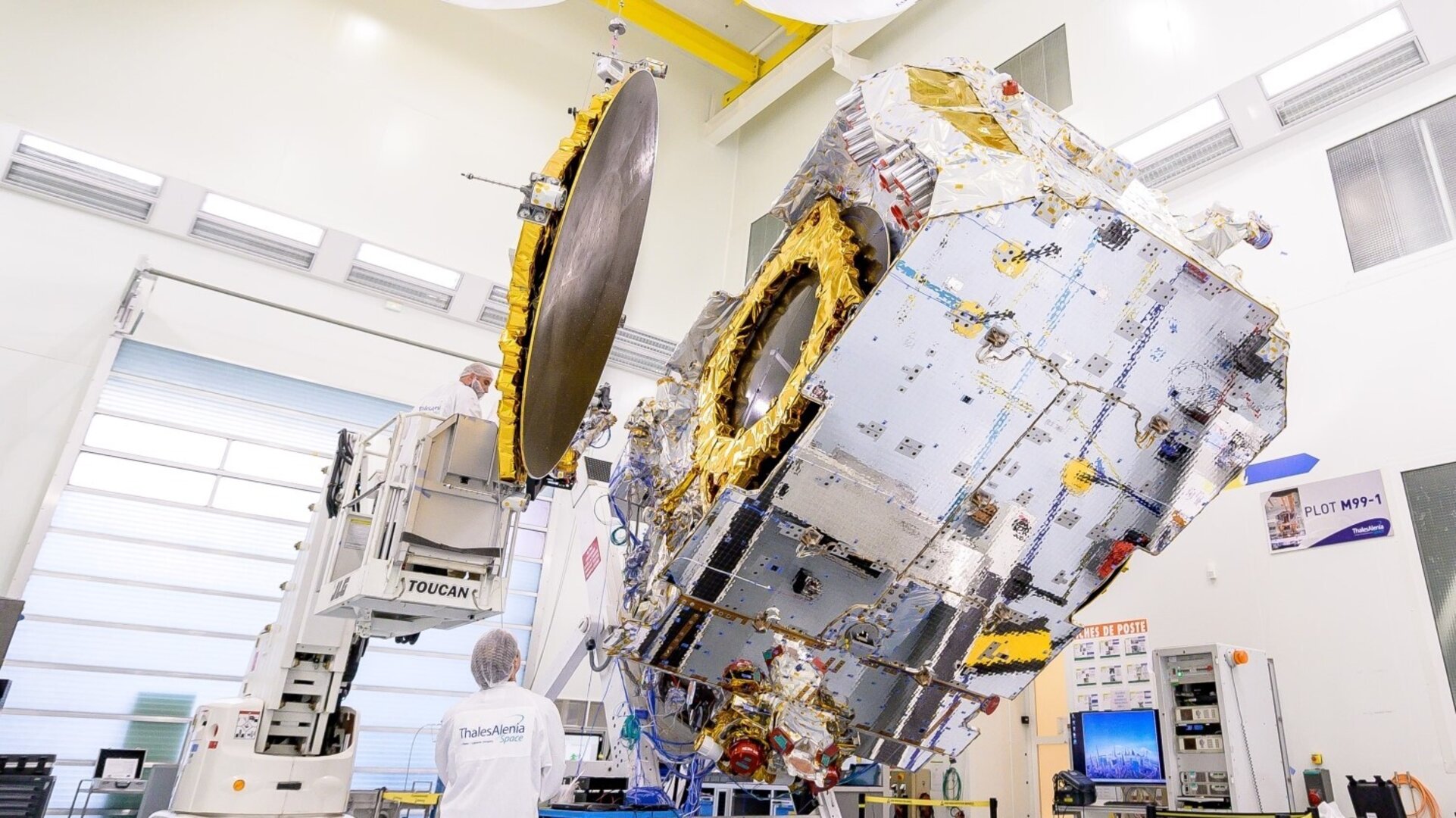 Konnect, the first Spacebus Neo satellite built by Thales Alenia Space as prime contractor on behalf of operator Eutelsat, has completed its tests and is ready to be shipped to its launch site in French Guiana.

Today, just four years since the start of the product line developments, 10 Neosat-based satellites (six Spacebus Neo and four Eurostar Neo) have already been sold by European industry, generating 15 times the return on investment to the programme’s participating states and their industries, according to an independent analysis by Euroconsult.

While the Konnect satellite is coming out of Thales Alenia Space factory in France, it is the result of a true European cooperation and a remarkable collaboration between ESA and the French space agency CNES.

The satellite and its product line include hardware and software components developed all over Europe, with major elements coming from Austria, Belgium, Italy, Sweden and the UK, alongside other important contributions from Czech Republic, Ireland, Luxembourg, Netherlands, Poland, Portugal, Romania, Spain and Switzerland.

Partnership Projects such as Neosat federate European industry around large-scale programmes, developing innovative cutting-edge solutions in partnership with private but also potentially public players. This approach allows European prime contractors and equipment suppliers to be competitive in the global market.

“Konnect combines innovation and in-orbit heritage to offer a fully modular platform along with an innovative and intelligent payload to provide high throughput, highly agile services in Ka-band.

“This technological success has been possible thanks to the support from the European and French space agencies, which helped us develop Spacebus Neo, and from the French Investment in the Future Plan, for high-throughput capabilities.”

Magali Vaissiere, Director of Telecommunications and Integrated Applications at the European Space Agency, said: “Creating Spacebus Neo, a completely new product line, and in parallel meeting the schedule of the first satellite Konnect has been quite a challenge, which Thales Alenia Space and its consortium have brilliantly mastered.

“This has only been possible through the successful cooperation between Thales Alenia Space and the agencies ESA and CNES who have co-managed this project, the excellent coordination with Eutelsat, and the continued support of our European Member States.

“The success of the programme is generating an exceptional return on investment to the participating states and their industries.”

Konnect will now be flown on a cargo plane to its launch site at Kourou in French Guiana. It is due to be launched in January 2020.