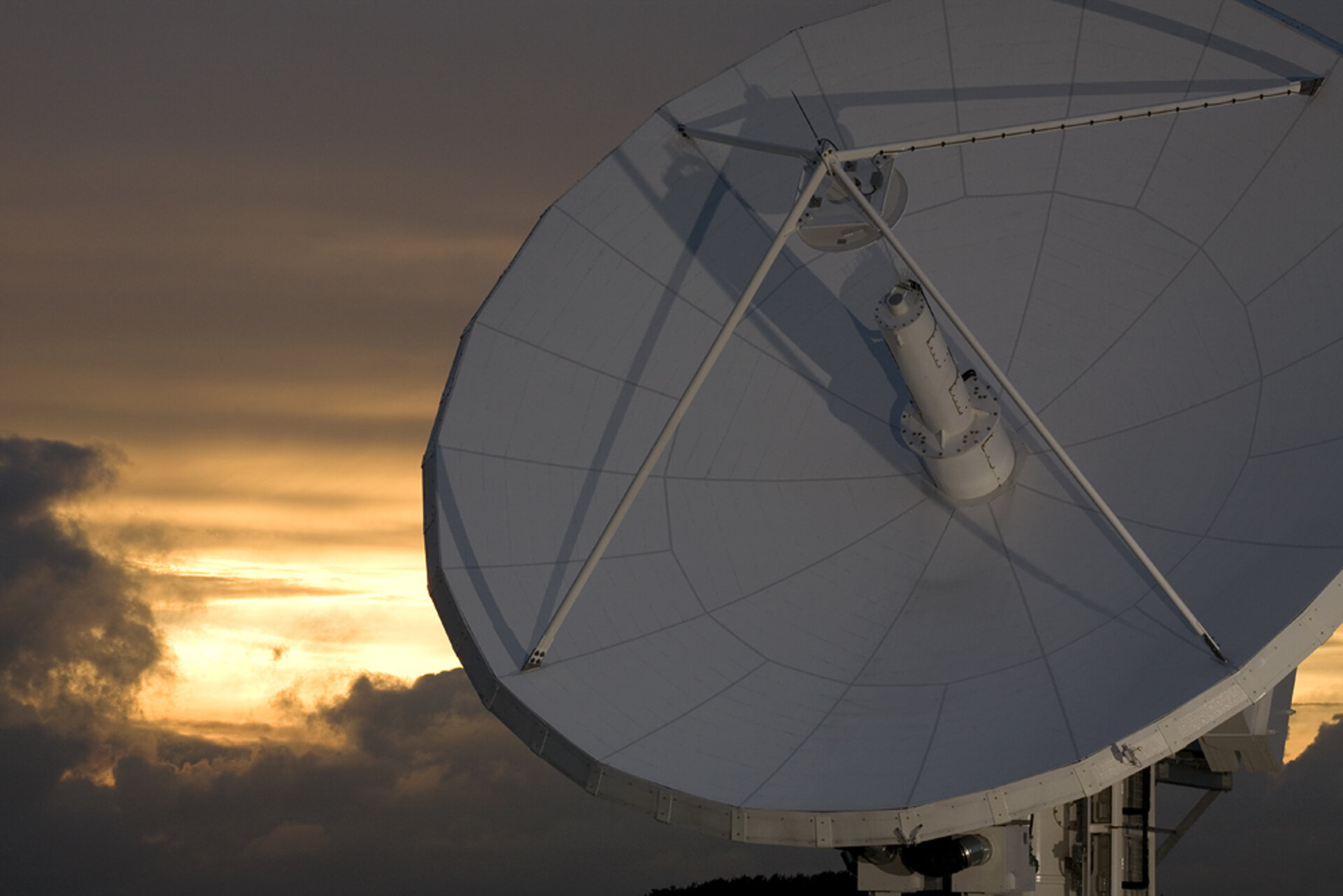 The Hylas-1 ground segment is the terrestrial part of the mission, incorporating all the facilities and systems needed back down on Earth to operate the satellite, exploit its capabilities and deliver services to users.

Under the terms of the Hylas-1 public-private partnership, Avanti Communications is responsible for designing, installing, testing and operating the mission's ground segment. To this end, the company has made a series of procurement contracts with various partners.

The SCC is hosted and operated on Avanti's behalf by Inmarsat, the London-based global telecommunications firm. The satellite is operated using the same I4S system and infrastructure used to control Inmarsat's own fleet of 11 satellites.

Inmarsat ground stations will be used for Hylas-1 tracking, telemetry and control, with their operations coordinated at the Fucino ground station in southern Italy.

Avanti has placed a contract with British Telecom to set up a pair of gateway stations in Cornwall, UK: Goonhilly and Land's End. These two sites are sufficiently geographically separated to maintain the high reliability needed for operating a Ka-band satellite network, even during adverse weather conditions.

Both sites are equipped with a 9-m-diameter Ka-band antenna system, procured from GDSatcom. The primary site, Goonhilly, hosts a state-of-the-art facility that includes the hubs that provide connectivity to the Internet for Hylas-1 users. A dedicated fibre link allows a switchover of gateway services to Land's End if needed, either due to weather-driven 'rain fade' or for routine maintenance.

As well as routing user traffic to the Internet backbone, these gateway stations are also connected to London, where Avanti has set up its Network Operations Centre. As a broadband service provider, the company will manage installation, provide support services and host all the back office billing and accounting services. Avanti will also support resellers of their broadband facilities.

The Network Operations Centre will be responsible for analysing the satellite performance and (re)allocating satellite resources via its flexible payload, as guided by the traffic demand of Hylas-1's various spot beams.

The Service Segment includes the hubs that relay data between the Internet and the customer as well as the user terminals needed to provide broadband services to consumer and business customer.

Avanti has contracted Hughes Network Systems to supply the hubs and the many thousands of terminals that are planned for deployment in each of the eight spot beams that make up Hylas-1's Ka-band coverage.

This multi-beam architecture offers much higher broadband capacity than typical wide beam systems. With Hylas-1, each and every user enjoys a direct two-way link to the satellite through their own dedicated terminal – efficient system design means domestic antennas are extremely compact, with small dishes of around 70 cm in diameter.