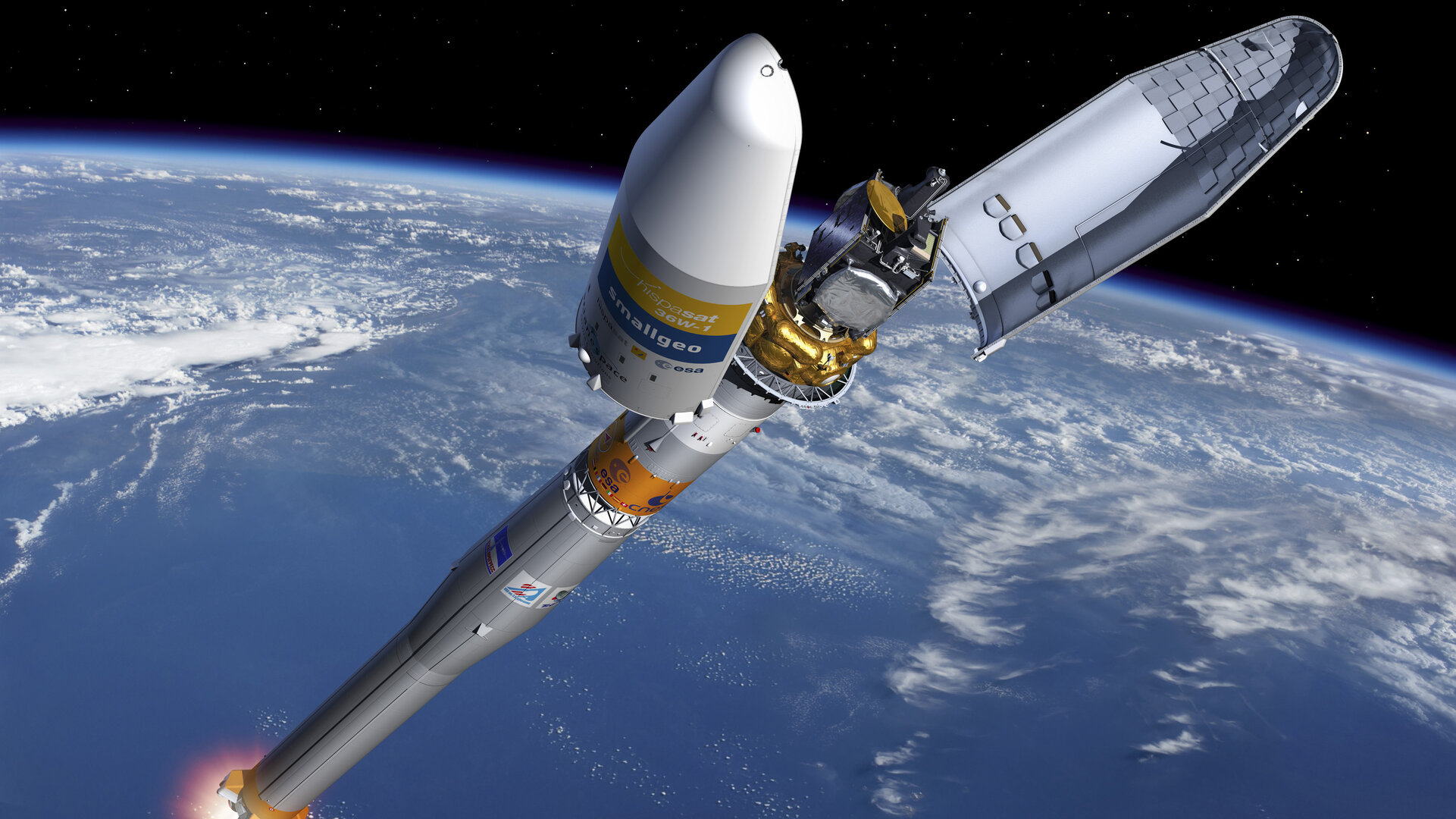 Europe’s new versatile small geostationary platform will be launched on its maiden flight in the early hours of 28 January on a Soyuz rocket.

SmallGEO is carrying Hispasat’s Hispasat 36W-1 telecommunications payload, which marks the first partnership between ESA and a Spanish operator and will provide flight heritage to OHB System AG’s platform.

It is the first telecommunications satellite to be developed, integrated and tested in Germany for more than a quarter of a century. The launch will also be the first time a Soyuz has lifted a telecom satellite of more than 3 tonnes to geostationary transfer orbit from Europe’s Spaceport in Kourou, French Guiana.

The satellite’s destination is a geostationary position at 36°W, where it will provide broadband coverage across Europe, the Canary Islands and the Americas.

It will do so through its Redsat payload, which offers better signal quality and flexible land coverage by independently allocating up to four reconfigurable Ku-band beams at once, adapting the beams’ strength and location according to demand.

The SmallGEO platform and Hispasat 36W-1 mission were developed under ESA’s Advanced Research in Telecommunications Systems (ARTES) programme, which transforms research and development investments into commercial products. This helps to secure the future success of Europe and Canada in the highly competitive global satcom market.

The launch will be streamed live and linked from the ESA website.