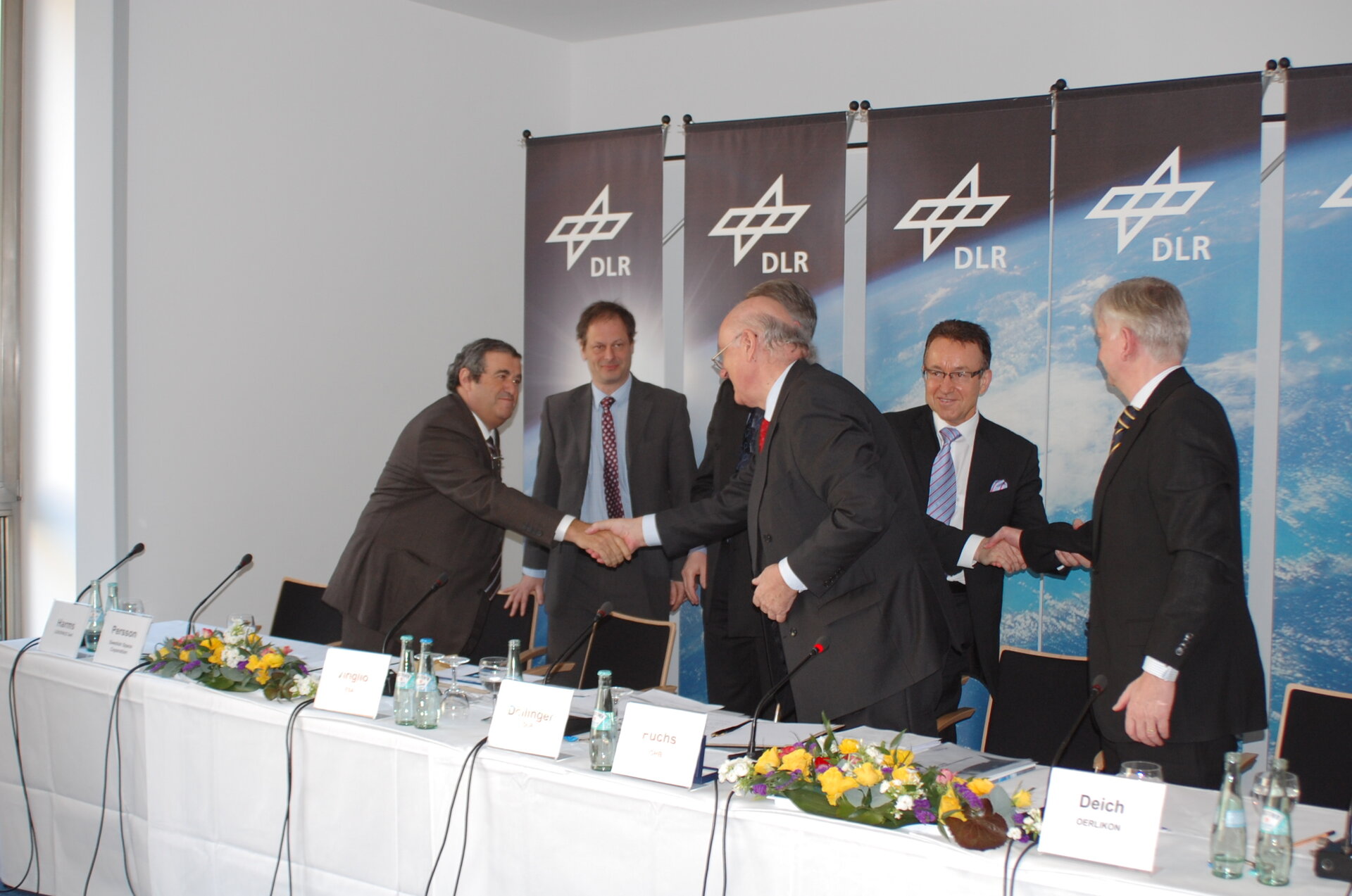 This contract covers the first part of the Small Geostationary Satellite initiative aimed at the definition of a general-purpose small geostationary satellite platform which will enable European players to compete effectively on the commercial telecommunications market for small platforms.

To achieve this, the European Space Agency has set up a new programme element under ARTES (Advanced Research in Telecommunications Systems). The “ARTES 11” programme was approved at the ministerial meeting of the ESA Council held in Berlin in December 2005 and currently eight of the Agency’s Member States are participants.

Divided into two parts, the programme initially involves the development and manufacture of the first flight model of a generic bus. This work is included in the contract that was signed by Mr Giuseppe Viriglio, ESA Director of Telecommunications and Navigation, and Professor Manfred Fuchs, CEO of OHB-System AG. The platform will accommodate a payload mass of up to 300 kg with power consumption of up to 3 kW over a 15 year mission lifetime.

The programme subsequently involves the development, manufacture and launch of a first satellite mission to provide flight heritage and in-orbit demonstration for the platform.

The mission payload is due to be selected around end-2007/early 2008 under an open tender process and the satellite selected is scheduled to be launched by the end of 2010.

The Small Geostationary Platform is being developed by a consortium headed by the German firm OHB with a core team line-up including LuxSpace (Luxembourg), the Swedish Space Corporation (Sweden) and Oerlikon Space (Switzerland). An industrial cooperation agreement between OHB and these companies was signed on 28 March in Berlin.

With this initiative, ESA is supporting European industry in broadening the product portfolio range on offer on the commercial telecommunication satellite market, by covering a market segment where no optimised European solutions currently exist.