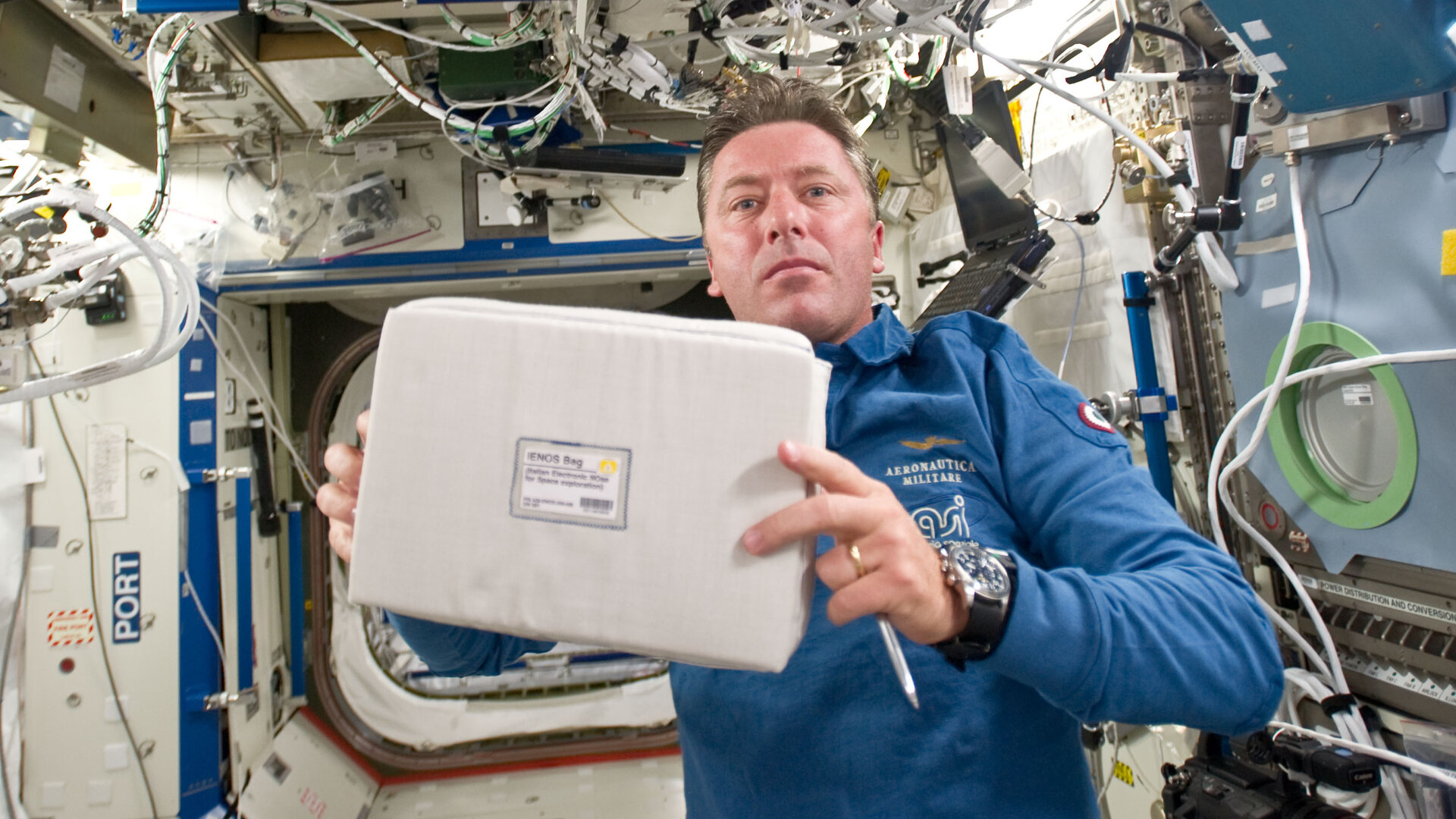 “We realised that the problem astronauts face with limited air exchange inside the International Space Station is also the case for many people inside buildings that have little to no ventilation,” explains Ciro Formisano from Airgloss, hosted at ESA Business Incubation Centre Lazio in Italy.

“So we adapted the sensor system we had designed for the Station to work on Earth in a variety of settings, with web-based controllers to give timely warnings wherever you are.”

The patented sensor acts like an ‘electronic nose’, sniffing the air and applying artificial intelligence to match the patterns it detects to the chemical signatures of a wide range of chemical compounds in its database. It then alerts users to deteriorating air quality and the presence of pollutants.

To adapt it for terrestrial use, Ciro and his team set up Airgloss in 2013. With support from ESA Business Incubation Centre Lazio, where the company was based from 2014 to 2016, Airgloss gathered input from potential distributors and customers on what customers needed, to help develop a product line with three ranges.

The ProSense professional units are suitable both for use in existing buildings, such as schools, offices and factories, and new constructions. They are designed to be combined with heating, ventilation and air conditioning units and help to improve energy efficiency as well as air quality.

Airgloss ComfortKit is designed for domestic consumers, combining thermostat functions with air-quality monitoring. A version has already been incorporated into devices such as cooking hoods, air purifiers and handheld detectors.

The second generation of the professional units will be launched in January at CES in Las Vegas, US, and the ComfortKit product will go on sale mid 2018.

From space to Earth

Three separate sensor units were used around the Space Station over three weeks to monitor air quality and detect any problems caused by the failure of the air purification systems or contamination from the astronauts’ activities, such as laboratory experiments.

“Developing devices for space was good training, because it taught us how to make low-cost units that were robust enough to reach the Station and then survive in a critical environment, but also easy to use,” explains Ciro.

“Another benefit is that users have confidence in our product because of its space heritage and because we have worked with ESA and NASA. They trust space technology and are very impressed when they see the ESA space solutions logo on the units and the packaging – even in the US.”

When Airgloss moved into ESA’s incubation centre, the company had four employees. It now has 12 and growing, and has international distribution agreements in the US and Europe, with more planned in Canada and the Gulf area.

ESA’s 18 Business Incubation Centres have fostered more than 500 start-ups across Europe. Each year, more than 140 new start-ups are supported to develop companies and jobs in Europe, introducing new systems and services for terrestrial use based on the transfer of space technology and the use of satellite date.

“Without the incubation programme, I don’t think we could have successfully followed up on our idea to develop this technology commercially,” emphasises Ciro.

“They helped us think about the market and not just the technology. We had a lot of technical expertise but we learned a lot from a business point of view, such as how to develop proposals, identify distribution channels, partners and establish a plan.

“The fact that we were based in the incubation centre also helped us to be trusted by customers and distributors when we were still a new company.”

Airgloss wants to widen its product range. Ciro sees many opportunities for the space sensing technology in the medical field and in many more commercial devices, such as units for children’s rooms and sensor attachments for smartphones.

He adds, “My ultimate dream is to send a new generation of sensors back up onto the Space Station and repeat the success of the project that began our business.”