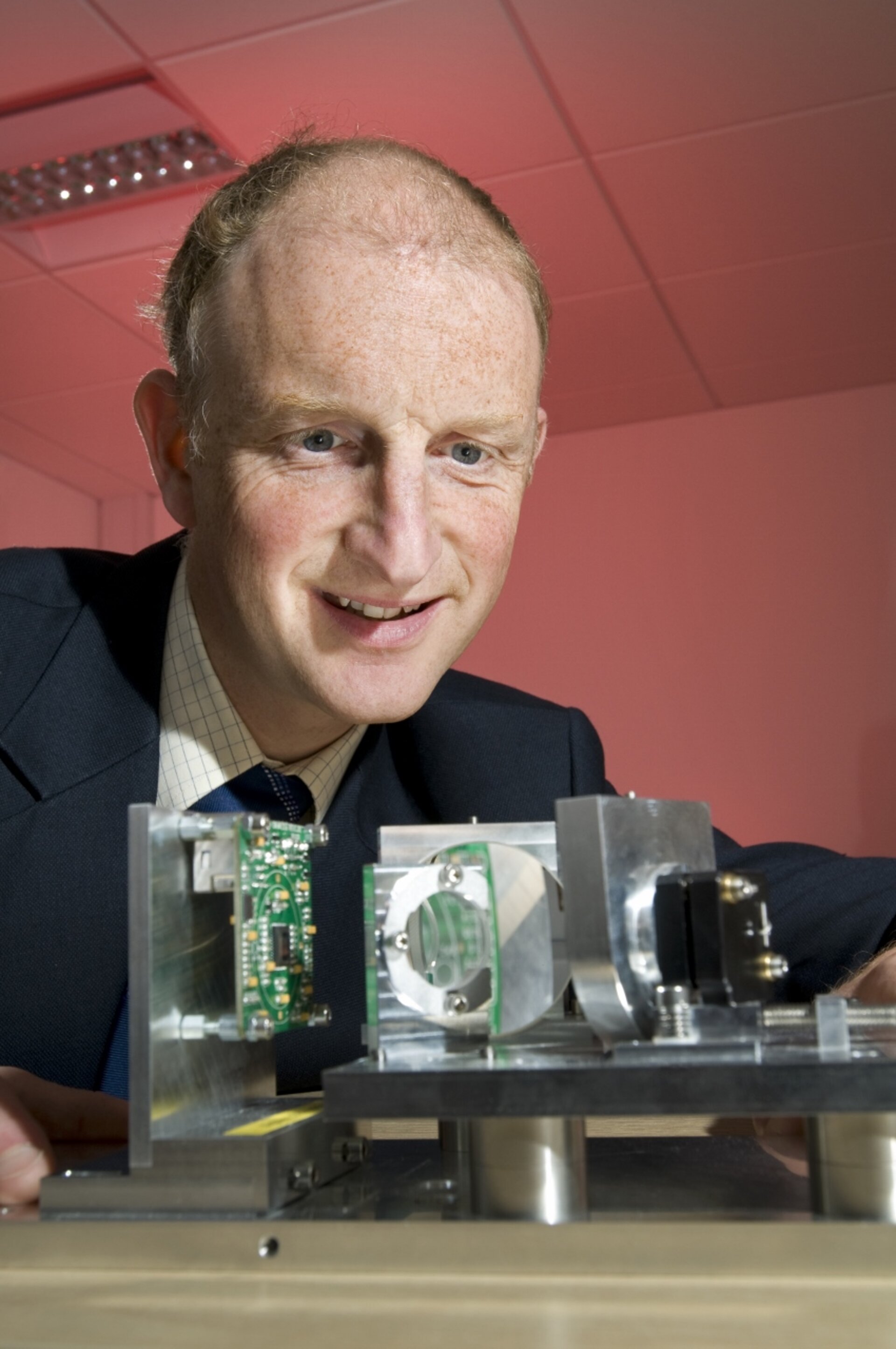 How can a sensor for analysing the atmosphere of Mars help us to cut greenhouse emissions on Earth? By going where no human or machine has been before.

Parts of our planet are so hostile they are unreachable. But if we are to understand Earth’s atmosphere it is vital we monitor factors such as gases around industrial chimneys and erupting volcanoes.

A new portable device created by the young space scientist Hugh Mortimer promises a greener future by readily analysing the composition of gases, solids and liquids using the light they emit.

Hugh and his partner Jolyon Tidmarsh are now hosted at ESA’s Business Incubation Centre in Harwell, UK, while they turn the invention into a commercial business.

Originally designed to fly on future Mars probes, this little device is so sturdy it can withstand some of the harshest conditions on Earth, making it ideal for measuring air quality and roadside vehicle emissions, detecting gas leaks and monitoring industrial chemical processes. Its size makes it especially suited to fly on aerial drones for mapping theground below or monitoring colour variations in crops for more efficient use of pesticides and fertilisers.

Such ‘spectroscopes’ split up incoming light into its individual colours, with the unique pattern revealing the composition of the source. On Earth, they are already commonplace in food production and industry to determine the composition and purity of substances, as well as in the medical world to ‘sniff’ a patient and help diagnose illness.

The problem is that they are bulky. In space, where weight equals money, this makes them expensive. Add their complex system of mirrors and moving parts and they are vulnerable to damage during launch, with plenty to go wrong in the hostile environment of space.

It was this need for a smaller, lighter device with fewer moving parts that drove a team at the UK’s Rutherford Appleton Laboratory to find a new design for analysing planetary atmospheres. In a lightbulb moment, PhD graduate Hugh came up with a ground-breaking approach.

“I had been working with a spectrometer design that used a very complex optical arrangement and I really wanted to create something simpler,” he recalled. “I was sitting at the back of a meeting doodling when the idea came to me. I quickly sketched the new device and took it to colleagues in the Innovation Team of the Science and Technology Facilities Council.”

They could immediately see the potential of the design with only three static parts: two mirrors and an optical element that splits the light beam in two.

It was this lightweight and simple approach that made Hugh’s device unique, says Kate Ronayne, head of the Innovation Team. “Most Earth-based instruments are fixed in place because they’re large and fragile – you have to take your sample to the lab for analysis. This one, on the other hand, comes to you.

“You can take it anywhere and as long as it can ‘see’ its target, it can analyse it even from a distance.”

It can measure all kinds of light from ultraviolet to infrared. It is particularly sensitive because it was built to detect tiny traces of many different gases in the martian atmosphere in one sweep.

The team then began researching which businesses might benefit, with the support of STFC Innovation, the commercial arm of STFC and the UK broker for ESA’s Technology Transfer Programme. In 2013 the KEIT company was created to investigate the commercial potential further.

KEIT is now hosted in ESA’s Harwell incubator, part of its Technology Transfer Programme. This support was instrumental in inspiringothers to invest and the company has now receivedearly funding from Longwall Ventures and the UK Rainbow Seed Fund to support the transition towards full commercialisation. Working in the incubator also meant thestart-up company hasaccess to STFCand ESA technical expertise.

The first unit is likely to be commercially available by July, promising a growing list ofapplications.

Apart from their environmental role in monitoring gas emissions from chimneys and helping industries adhere to environmental regulations, the devices could be instrumental in analysing water quality, or assisting industrial or laboratory-based research and development.

Food companies already use spectrometers but the versatility, stability and simplicity of the new design mean they could sit on any food or pharmaceutical production line to check, for example, the fat content of milk, or the origin and quality of whisky.

With its long list of applications here on Earth, there’s no question that the future of the sturdy little interferometer looks rosy.

For a young scientist with a sketchpad, this is journey is just beginning. Although the focus right now is on the terrestrial applications, Hugh still reflects, “It’s my ambition to see this instrument used in space. Maybe on a future ESA or NASA mission to Mars. That would be great”