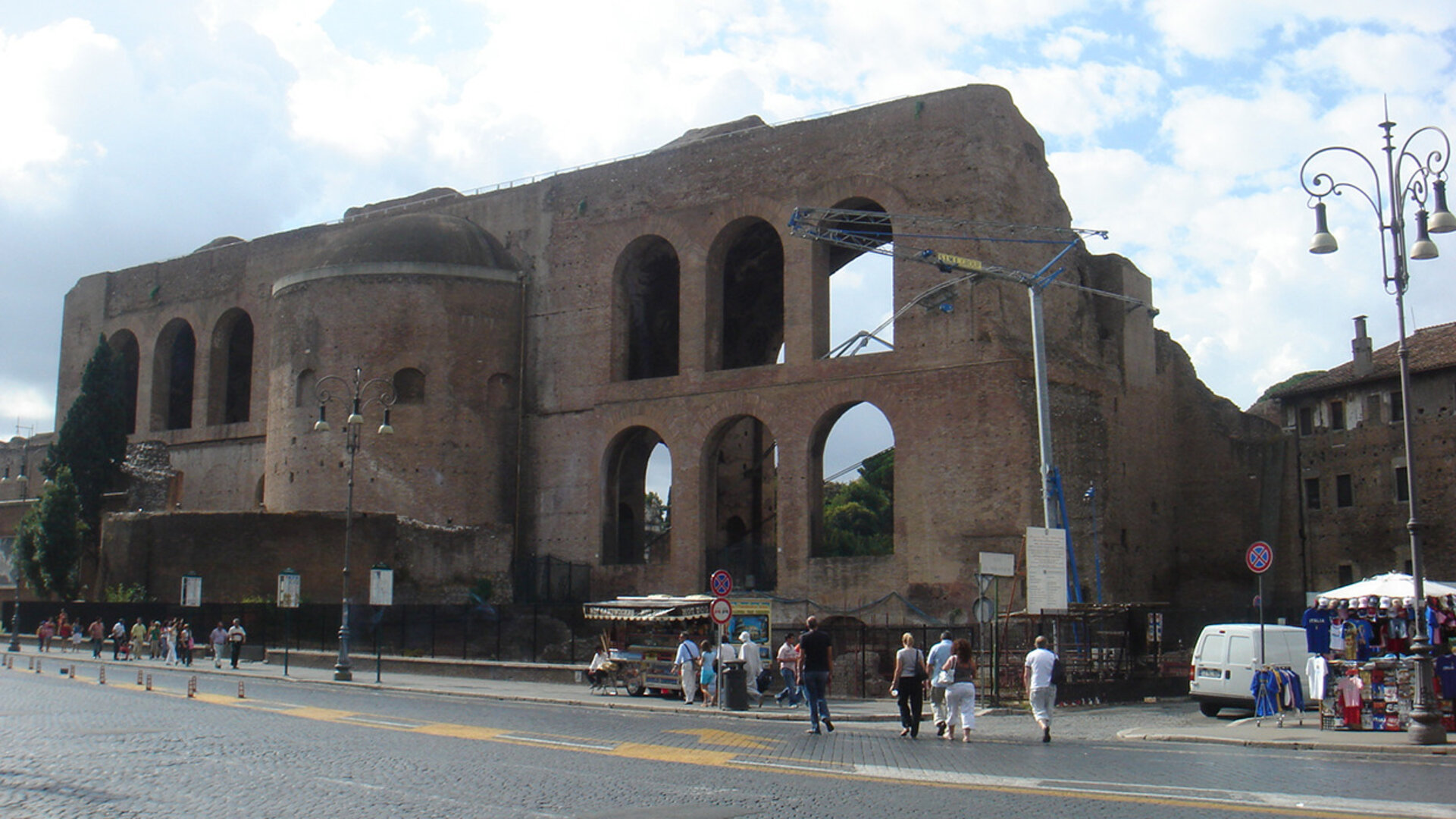 Lovers of architecture and history can rest easy: the stability of historical buildings can now be monitored in real time by a new technique with its roots in space.

In the past, if you feared the land beneath your house or road might be shifting, the only method was to install measuring devices, and wait – often for months – to find out.

Today, landowners can determine whether or not they have a problem much faster, thanks to a company that taps into existing space data to trace changes over time.

Civil engineers started to worry a few years ago about the Basilica di Massenzio in Rome. The largest of the ancient buildings that make up the Roman Forum, the Basilica has survived largely intact since the third century.

Tunnelling was planned nearby as part of the construction of Rome’s new metro line. Could the underground work, coupled with the unrelenting vibrations of modern-day Roman traffic, destabilise the magnificent Basilica’s old walls?

The city turned to Natural Hazards Control and Assessment, a company founded by a group of geologists and engineers as a spin-off from the ‘Sapienza’ University of Rome.

After monitoring the ground beneath the basilica for a few weeks, project manager Alfredo Rocca delivered the good news: “We found the situation was not so bad and no particular problems affected the structure during the observation period.”

Of course, when it comes to land stability, the news is not always good. Landslides, quarrying and oil extraction, for example, can affect terrain, with subtle shifts rendering structures like dams, houses and highways vulnerable.

Until now, though, geologists and engineers had limited sources to draw on when shifting ground was suspected.

That all changed, said company CEO Prof. Paolo Mazzanti, when their geologists – then working with the University of Rome – discovered ESA’s treasure trove of satellite radar images.

Collected over decades during Earth observation missions like ERS and Envisat, these images hold a wealth of information about changes in our planet’s surface. “It was like a time machine,” said Alfredo. “These ESA satellite data archives over years are very rich.”

This new ability to look back in time was a huge leap forward for geologists, Prof. Mazzanti noted: “In the past, if you suspected a problem you began to measure any small movements. Usually, you had to wait for many months or at least one year in order to get the answer.”

With the help of the satellite images, however, the geologists could tell very quickly if a particular hillside had slid a little over the years, or if the ground under a house had sunk a bit.

Inspired by the ESA satellite techniques they learned about as they worked with the images, the company also developed a second method.

In addition to tapping the ESA archives of radar images from space, they moved to ground-based radar imaging technology, which works in much the same way as satellites scan surfaces on Earth.

Alfredo compares their approach to the way a bat ‘sees’. By correlating outgoing pulses with the echoes, geologists and bats can produce detailed, 3D images.

Over time – minutes or months – the company’s ground radar scans can be compared to determine if any movement has occurred.

There were two reasons for creating a ground-based system, said the scientists. First, vertical structures like the gorgeous coastal cliffs of southern Italy – which the company monitored and found to be stable – are hard to track from the sky. Second, in acute cases, it can be necessary to monitor an area more frequently.

“Sometimes you need to check daily or hourly,” said Alfredo, citing a recent project for the Italian Highway Company.

The provided realtime monitoring to ensure workers’ safety as a slipping road embankment was stabilised. “This is something a satellite can’t do, but we can from the ground.”

As they developed their technologies, the company turned to ESA’s Business Incubation Centre in Lazio, Italy. Here, they received support that was crucial to refining their ideas and turning them into a viable business.

ESA’s role in hosting the company at its incubator was key to their development, said Prof. Mazzanti: “We had a very strong cooperation with ESA during our first years. Without ESA and its satellites, we would not have been able to do any of this.”

“Through hosting them in our centre, we could support the company to develop their system and methodologies quickly,” explained the incubator’s Roberto Giuliani.

“Coming with a university research background we also helped them to build their entrepreneurial skills, a key to succeeding as a company.”

Today, three years after the end of the incubation programme, the company is internationally recognised.

In the last year alone, they have worked in Italy, France and in Asia, investigating and monitoring everything from landslides to road embankments, dams, bridges and buildings. In the future, they plan to expand to new business sectors, including oil and gas.