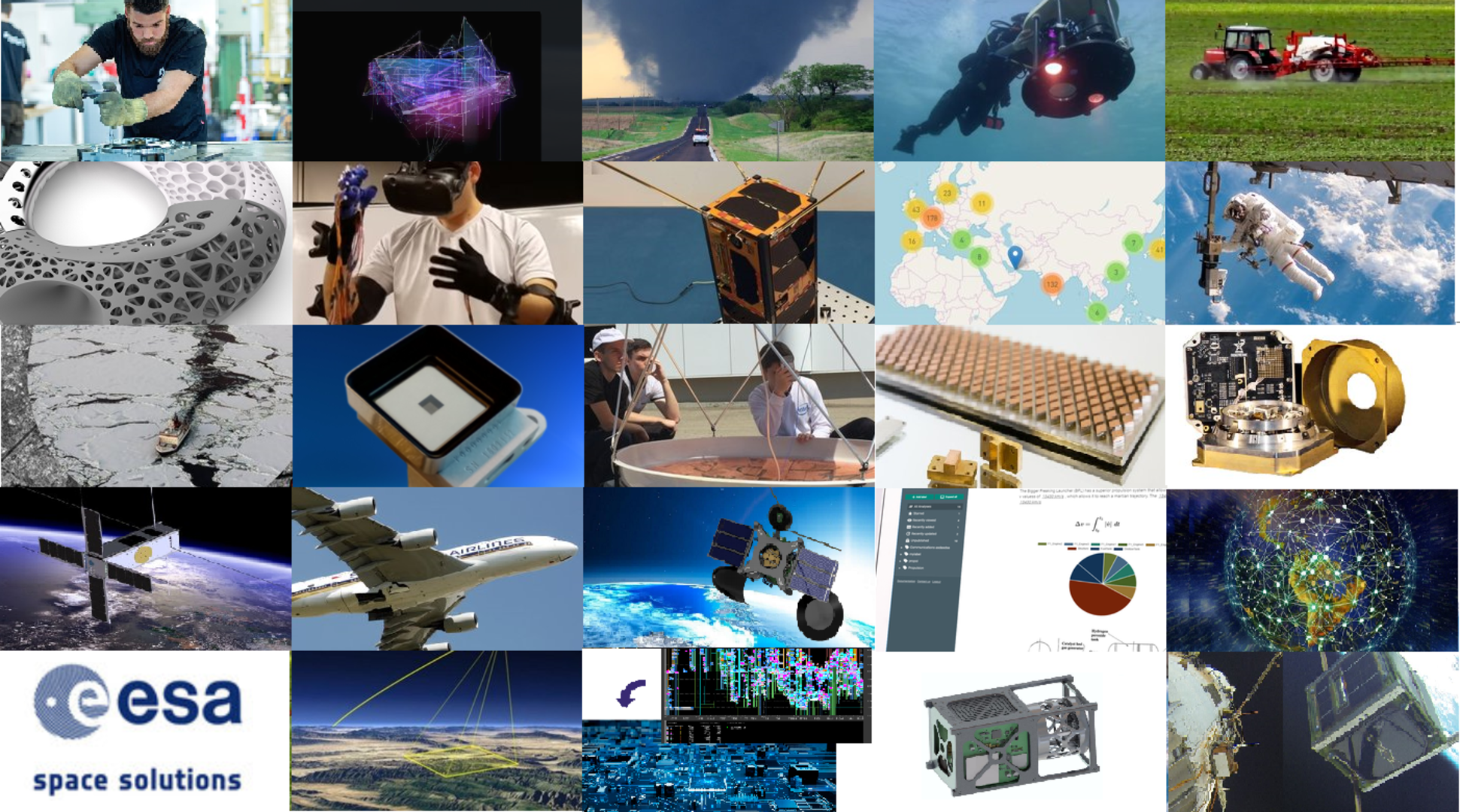 From Lego-style satellites that plug together to robot avatars for lunar exploration, satellite maps for Arctic navigation to a DNA-analysing 'tricorder': next week 24 of planet Earth's top start-ups will showcase their cutting-edge ideas for space and beyond at the International Astronautical Congress in Germany.

In response to an open call for new ideas from space-related start-ups, two dozen selectees from Europe, Japan, Canada, the US and Russia will present their technology concepts and prototypes at ESA’s Start-up Space zone at the International Astronautical Congress (IAC) in Bremen, Germany from 1-5 October.

They will have an opportunity to demonstrate their designs and discuss their uses in a series of four pitching sessions on 2 and 4 October, under the theme ‘We Need More Space’.

The start-ups' efforts span a wide range of game-changing concepts. These vary from new ways to design, manufacture and fly spacecraft to novel services from space – including very-high range Earth observation imagery, environmental surveying from commercial aircraft and frequently-updated Arctic ice maps – and technologies to improve daily life – such as a portable lab for DNA analysis and satellite monitoring to slash farmers’ fertiliser use by 40%.

Europe’s space industry is evolving rapidly, with new companies devising novel uses of space data and technologies. ESA is at the heart of these developments, providing support to young companies through its Technology Transfer and Business Incubation Programme, including a Europe-wide space solutions network of 20 Business Incubation Centres and 16 Technology Transfer Brokers.

Fostering entrepreneurship, boosting employment and expanding innovation, ESA’s BICs have supported more than 650 start-ups to date and another 160 join the network each year, receiving two years of support.

Scroll down for the full list of 24 start-ups to pitch at ESA’s Start-up Space zone. For more information on IAC, access the main website via iac2018.org.

Germany’s HOSTmi is acting as an independent broker through a global online space marketplace, matching space experiments and payloads with most suitable flight opportunities worldwide.

Germany’s SPiN is developing ‘plug and play’ satellites, based on Lego-like building blocks. They simplify satellite integration through the use of standardised elements with a universal adapter that can be put together on a customisable basis.

The UK’s Open Cosmos is a one-stop shop for going into orbit, allowing businesses, research institutions and organisations to reach space aboard nanosatellites in a matter of months.

Russia’s Avant Space Systems is developing an innovative ion propulsion thruster to let small satellites get on the move.

The UK/Belgium company Veoware Space concentrates on delivering the right Earth observation image at the right time. Their very high-resolution space-based systems are planned to go live in 2022.

Germany’s ELiSE offers a system that assesses the ‘DNA’ of a technical part, gathering all requirements, then automatically develops a bionic design it can then 3D print.

Sweden’s Vultus helps farmers cut up to 40% of their fertiliser usage through its satellite-based system for precision farming.

Germany’s PlanBlue has devised its hyperspectral underwater ‘DiveRay’ camera to for smart, AI-guided mapping of the seafloor

US firm Coletti Biotechnology is developing a portable molecular and cellular automated laboratory to perform DNA analyses in places where conventional diagnostic tools are not available – including long-duration space missions.