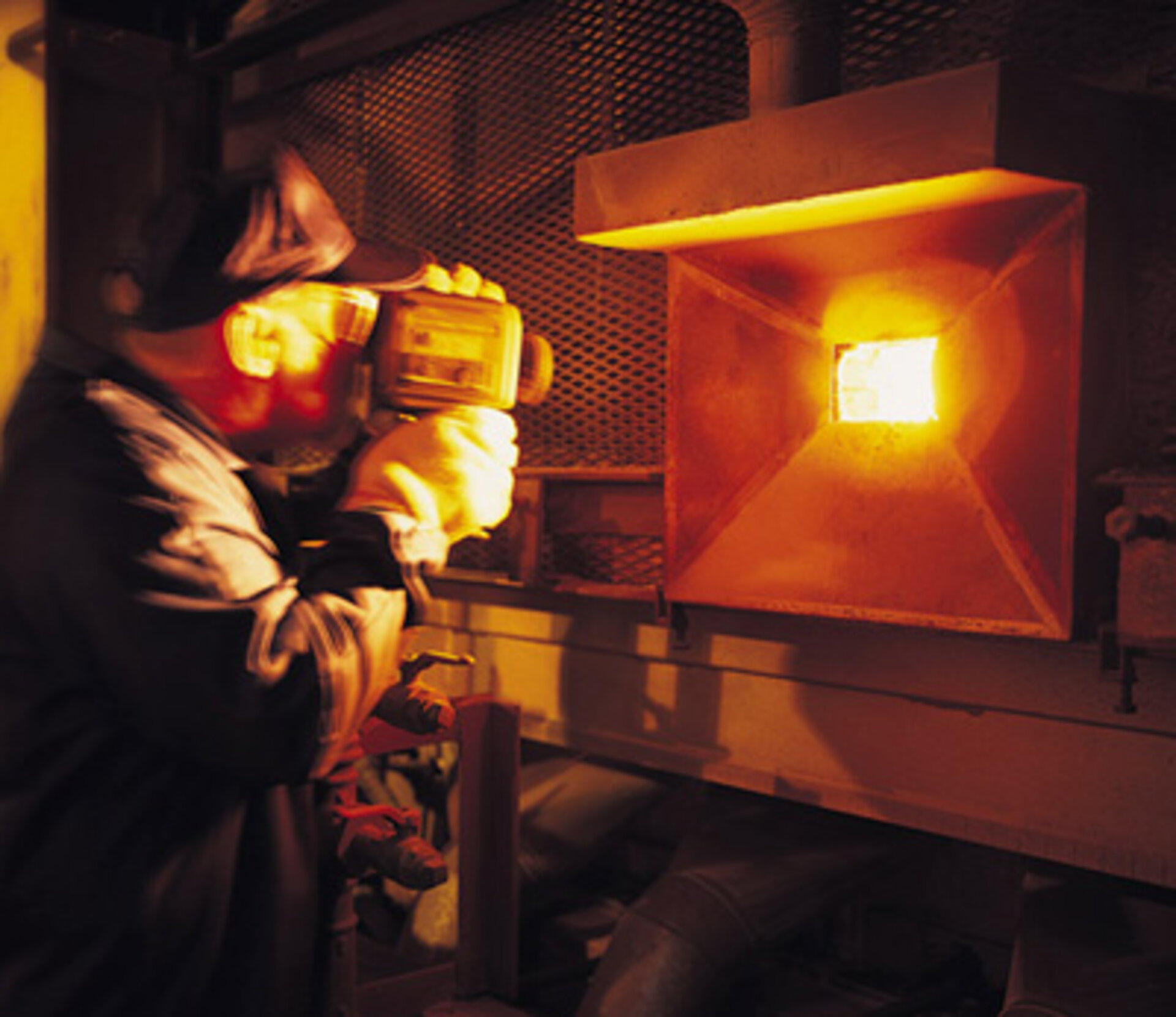 The technology used in space suits to protect astronauts carrying out space walks in direct sunlight is now being used to develop protective clothing to safeguard firefighters and steel workers who often work in extremely hot and dangerous conditions.

"Through this project, named Safe&Cool, we are developing a special protective material with a built-in cooling system based on the technology developed for the space suits used by astronauts on the International Space Station to prevent them from overheating when exposed to direct sunlight during space walks."

In Europe alone, the inability to shed excess heat and moisture through clothing results each year in over 1500 heatstrokes. These can be fatal unless medical help is at hand. Even more common, but less serious, are cases of heat stress. This affects an estimated 50 000 workers each year and increases the risk of injury at work due to loss of concentration. Even at a temperature 21º C workers wearing impermeable protective clothing can suffer heat stress when carrying out hard physical work.

"Our objective, through the Safe&Cool project, is to develop a higher quality thermal and moisture management layer for protective clothing that complies with EU directives," adds Agnieszka Kurchewska, from the Polish Institute for Labour Protection, National Research Institute (CIOP-PIB).

"If used for protective clothing this new material will make the working environment safer and better through reducing the risk of heat stress and heatstrokes for those operating in what can be dangerous and often stressful jobs."

Conceived within ESA's Technology Transfer Programme, the Safe&Cool system is developed by a consortium of six small and medium-sized enterprises (SMEs) from Italy, Belgium and Poland in cooperation with Italian Grado Zero Espace and CIOP-PIB, and coordinated by D'Appolonia.

The cooling apparatus used in the project has been developed by Grado Zero Espace and has already been used successfully in clothing for Formula-1 McLaren mechanics and the Spanish Moto-GP driver, Sete Gibernau. Following a preliminary feasibility and concept validation study supported by ESA's Technology Transfer Programme, the project received financial support from the EC under its CRAFT initiative to reach a pre-competitive stage of development.

The Safe&Cool system makes use of three special technologies. Firstly a special 3D-textile structure is used in the thermal and moisture management layer to replace the interliner and moisture barrier of classical three-layered protective clothing.

The materials used in the special 3D-textile structure are hydrophobic thermal comfort fibres to avoid a wet feeling when in contact with the body, combined with hydrophilic fibres to create suction channels to transport moisture away from the skin.

The second technology is the cooling apparatus derived from astronauts' suits. This enables liquid to be circulated through tubing inserted in cavities in the 3D-textile structure, creating 'blood vessels' for heat removal. A water-binding polymer is the third technology and this will be added either as a coating or in the form of a powder dispersed inside the fabrics.

The polymer will absorb and bind excess moisture migrating through the semi-permeable membrane to maintain the temperature below a threshold controlled by the cooling apparatus. If there is a sudden temperature increase, arising from a burn flashover for example, and the cooling system cannot remove heat fast enough from the body, the polymer will release the liquid accumulated, reproducing the human natural sweating process through evaporative cooling.

"Producing protective suits based on the combination of these three technologies will increase the safety of those carrying out tasks in dangerous environments," says Pierre Brisson, head of ESA's Technology Transfer and Promotion Office. "This is another good example of how advanced technologies and concepts already developed for space - in this case to protect our astronauts - can provide innovative and advantageous solutions for people on Earth."

Although the immediate application for the Safe&Cool innovative thermal management system is to create clothing to protect those working in harsh environments, such as firefighters and steel workers, several other promising applications have been identified by the consortium, including use in sportswear and transportation. The Polish company TAPS, which is part of the consortium, is already testing the industrial viability of inserting the system as heating or conditioning elements inside passenger seats in cars and public transport.