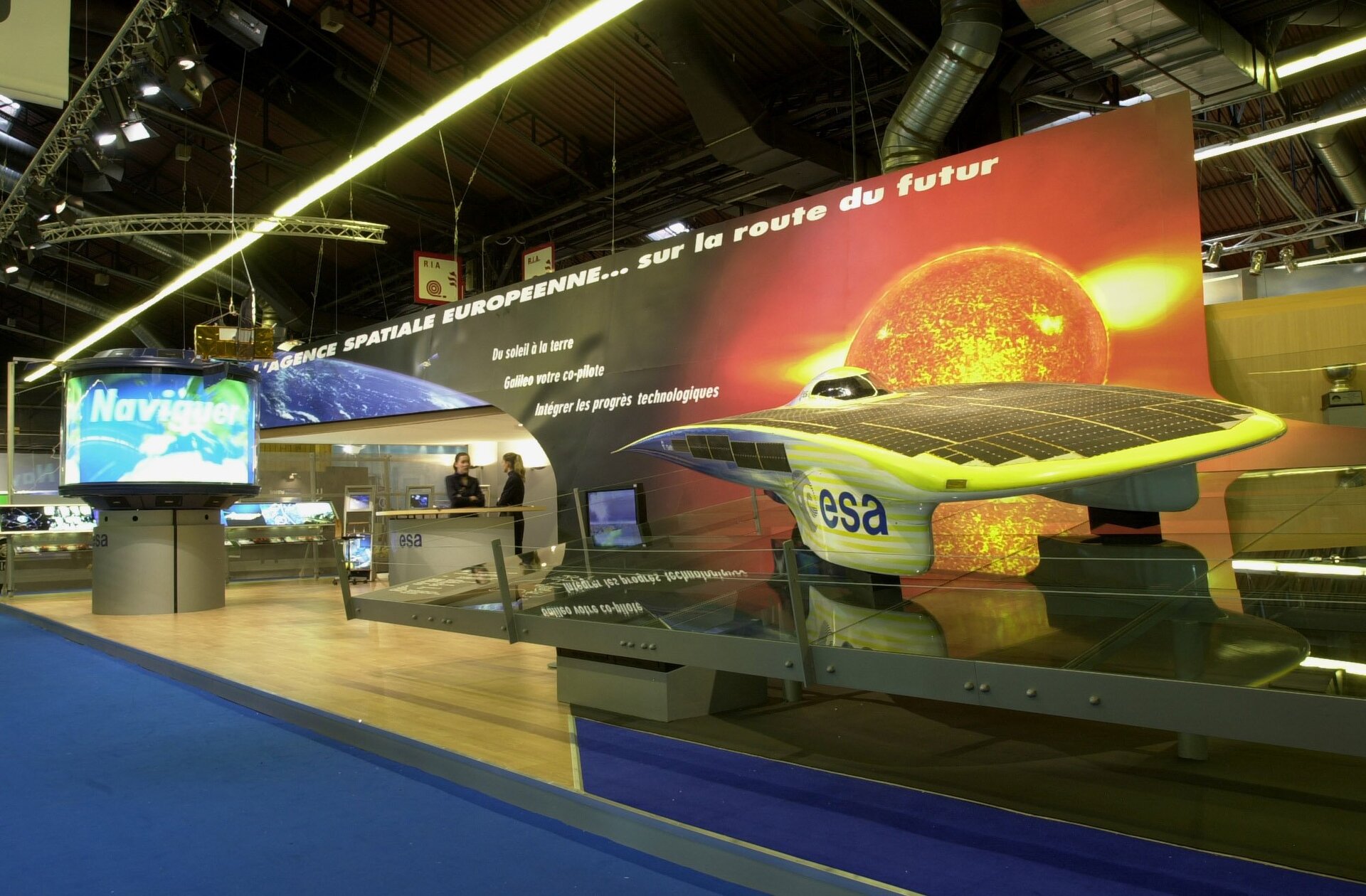 From 28 September to 13 October, the European Space Agency (ESA) makes its debut at the Paris Motor Show (Porte de Versailles, Hall 2/2, stand 515). Its presence might seem surprising but on closer analysis is fully justified; over 40 years of breakthroughs and advances have left the space sector ready to play a full role in the car industry.

The space sector now represents all that is truly successful and innovative in technological research. Launching rockets, manoeuvring satellites and sending people into space calls for technologies that are highly relevant to the car manufacturing industry. These technologies can be used for producing vehicles that are more efficient, more economical, safer, more environmentally friendly and smarter too.

Space is a hostile environment due to solar radiation, particle impacts and the intense cold of deep space. Journeying through it to study the planets, Sun and stars calls for very tough but also light, reliable materials. Such materials are now contributing to car safety and efficiency. An example is the airbag, which is based on a technology developed for space.

Because a spacecraft is unable to carry much fuel and cannot refuel in-flight, other routes to autonomy have had to be explored. Solar power, coupled with constantly improving storage methods, enables spacecraft to travel for very long periods over huge distances. These new possibilities have been used on Earth with the solar car Nuna, which last year won the World Solar Challenge in Australia, beating four world records. The Sun, whose functioning is better understood thanks to ESA's scientific work, is a cheap, clean and virtually inexhaustible source of energy.

With satellite positioning, car drivers have a genuine onboard guide at all times, indicating location and helping to decide on the best route. Galileo, the European navigation system, will soon be offering the precision required to locate vehicles in urban areas. Space exploration has been accompanied by advances in computing and miniaturisation and those advances are now enabling vehicles to react and guide drivers.

What has been done in space can also be achieved on Earth. This car of the future, which will be more efficient and economical, more in tune with the environment and more intelligent, is no longer a product of science fiction but a reality stemming from space exploration.