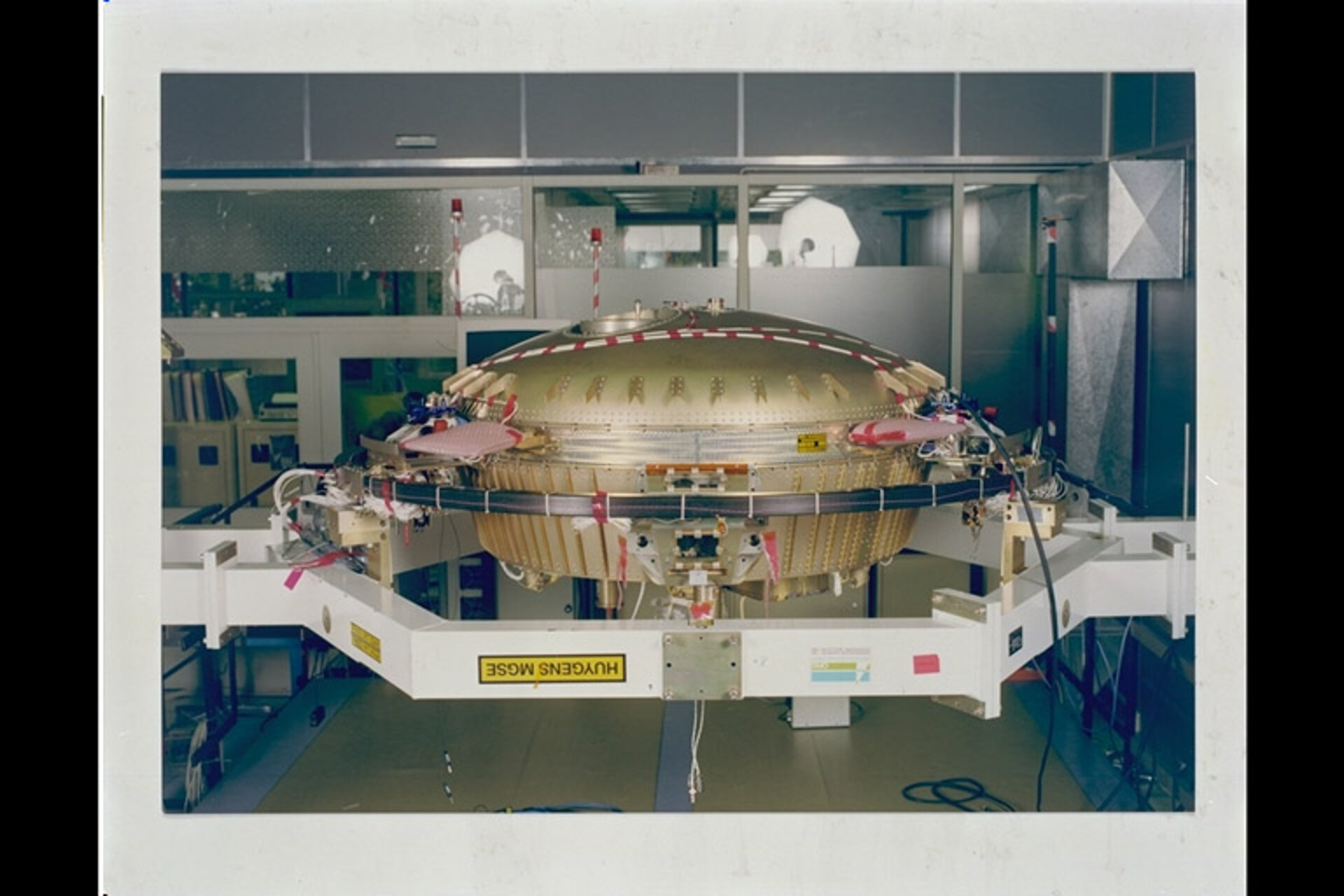 The inverted Descent Module is shown connected by the (3) separation/ejection devices to the black, carbon fibre support ring that provides attachment to (and remains with) the Cassini spacecraft. The spin vanes that generate rotation during descent can be seen around the periphery of the forward dome. The three instruments (ACP, GCMS, SSP) that penetrate the front of the dome to sense the atmosphere (and surface) can be seen in profile. Two of the four planar antennas of the radar altimeter, which measures the Probe's altitude during descent, can be seen with (pink) protective covers. [Image Date: 01-01-97] [97.05.006-003]