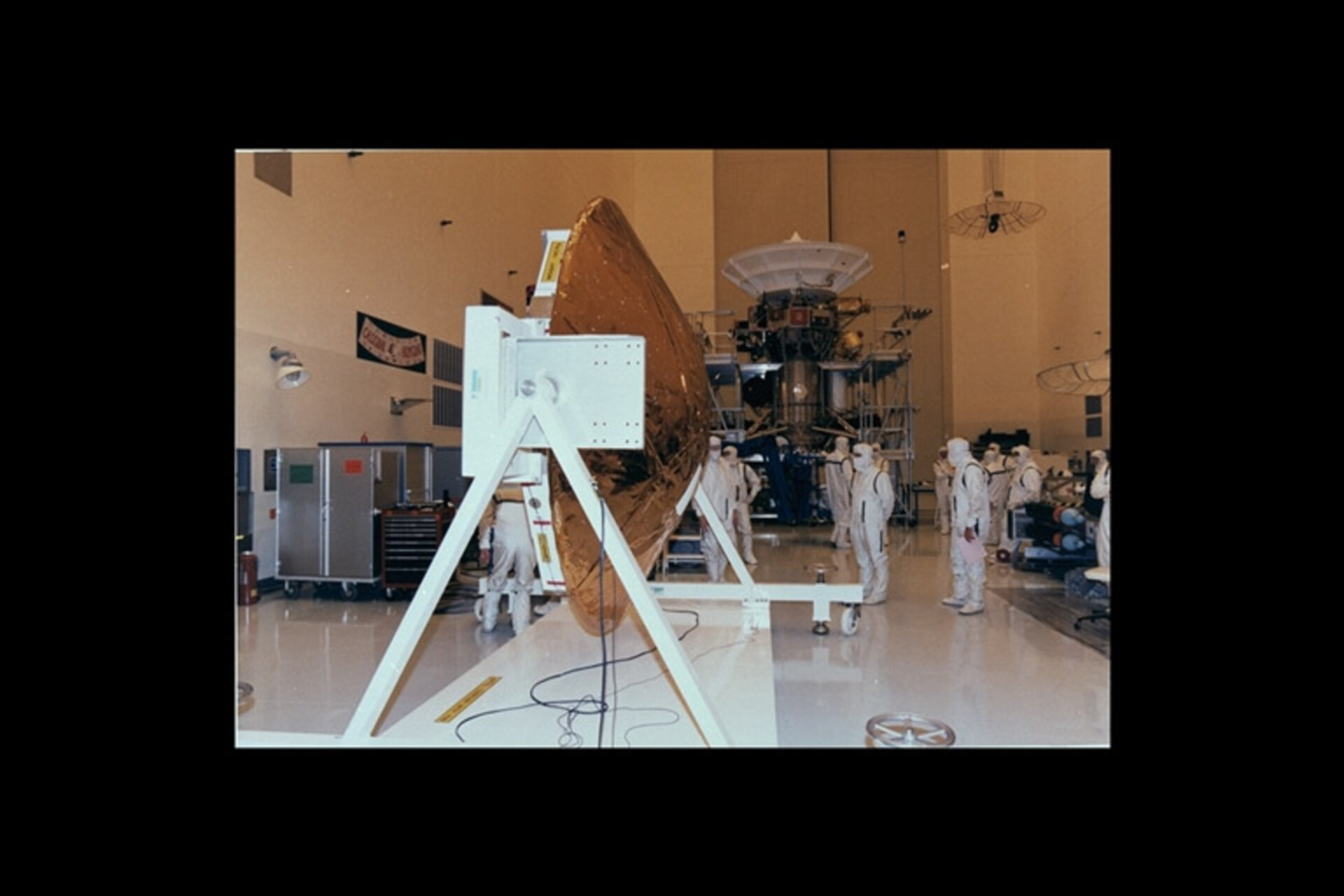 ESA's Huygens probe is ready for attaching to NASA's Cassini Orbiter in the Payload Hazardous Servicing Facility (PHSF) at Cape Canaveral. The completed spacecraft was transferred to the launch pad on 22 August 1997 but was returned to the PHSF 7 September for Huygens to be opened and cleaned after on-pad air conditioning damaged thermal insulation. The reassembled spacecraft was returned to the pad 14 September and was successfully launched 15 October 1997. [Image Date: 21-07-97] [97.08.005-006]