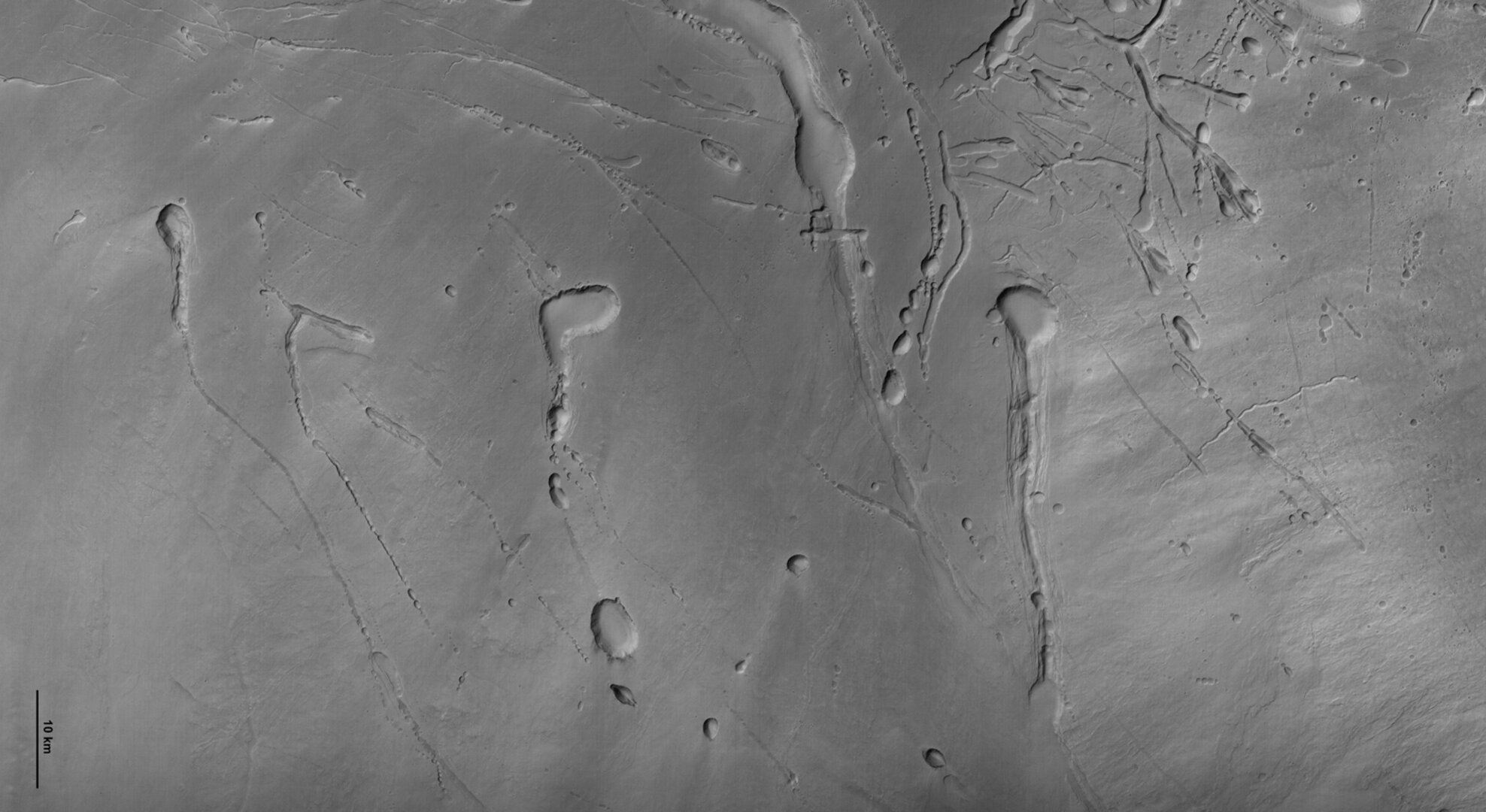 HRSC image of Ascraeus Mons before processing and colour addition

This nadir (vertical view) image was taken during orbit 68 by the High Resolution Stereo Camera (HRSC) on Mars Express, from an altitude of 271 kilometres. This is how the image looks like before final processing and colour channel addition.


The image is centred at 7.9 degrees North and 255.5 degrees East and shows a portion of the southern flank of Ascraeus Mons, the northernmost volcano of the Tharsis volcano group. North is at the right.


The lighter shaded, 'wispy' areas (lighter pink in the colour image) at the left and right of the image are clouds. The peculiar depressions which can be observed on several Martian volcanoes are so-called 'lava tubes'. Lava tubes are caused by the crusting (or cooled lava) which occurs over a lava channel, a covering making the channel into a tunnel. When lava production ceases, the tunnel empties and the roof of the tunnel falls in, making an elongated depression.

Occasionally, the depression forms a chain of small pits over an emptied lava tunnel. Pit chains and lava tunnels are common on the Martian surface and are also seen on other terrestrial planets and the Moon.