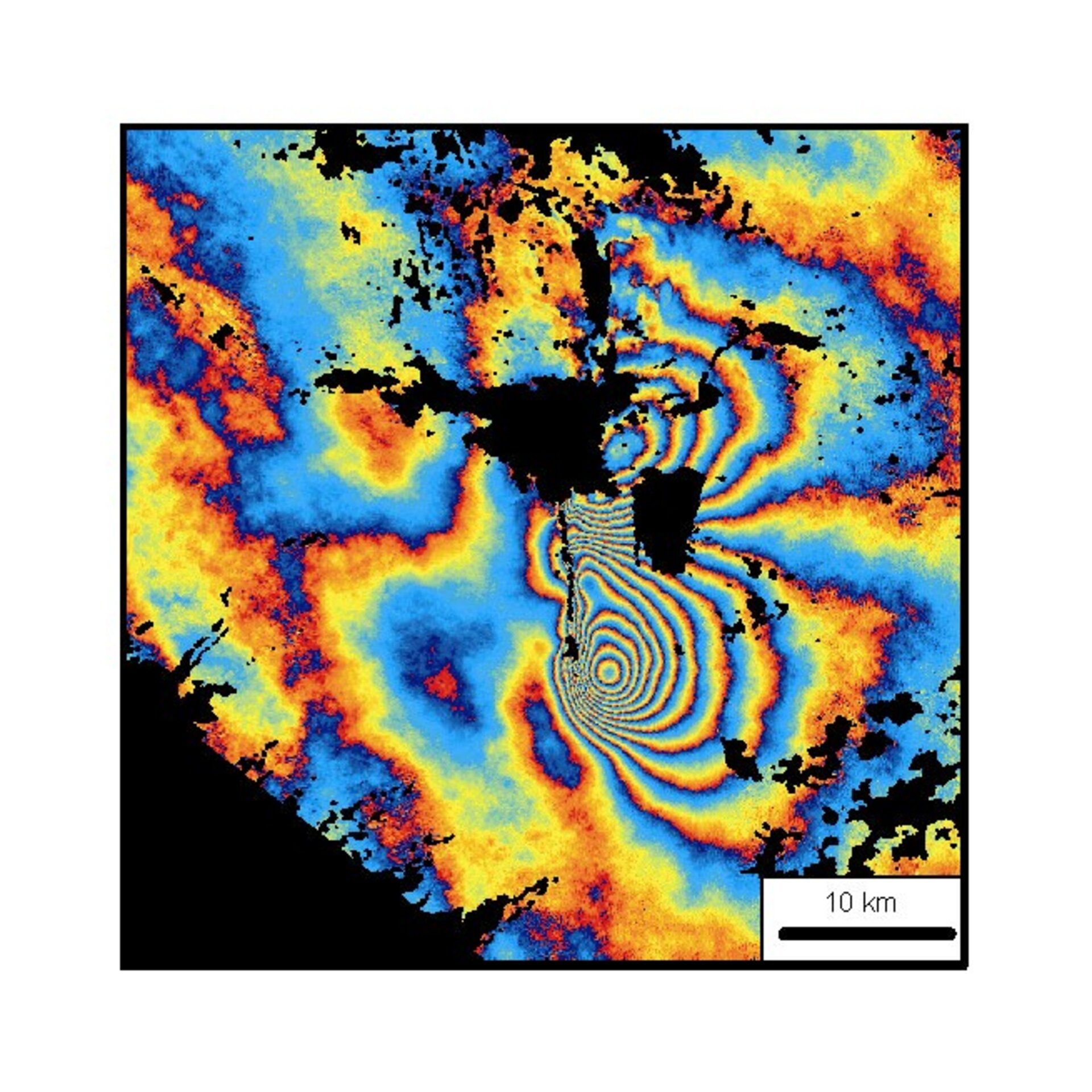 This interferogram represents contours of ground displacements towards and away from the Envisat satellite that occurred during the earthquake. There is a four-quadrant pattern consistent with a near-vertical strike-slip fault oriented north-south. The ground moved approximately 30cm towards the satellite in the south-east quadrant, and approximately 15cm away from the satellite in the north-east quadrant.

The black areas of the interferogram are where the nature of the ground surface has changed preventing the measurement of displacments. Those around the city of Bam (the largest black area) and its neighbouring towns, are caused by damage to buildings and by vegetation. The narrow linear black band extending south of the centre of Bam is the surface expression of the fault, previously hidden, on which the earthquake occurred.