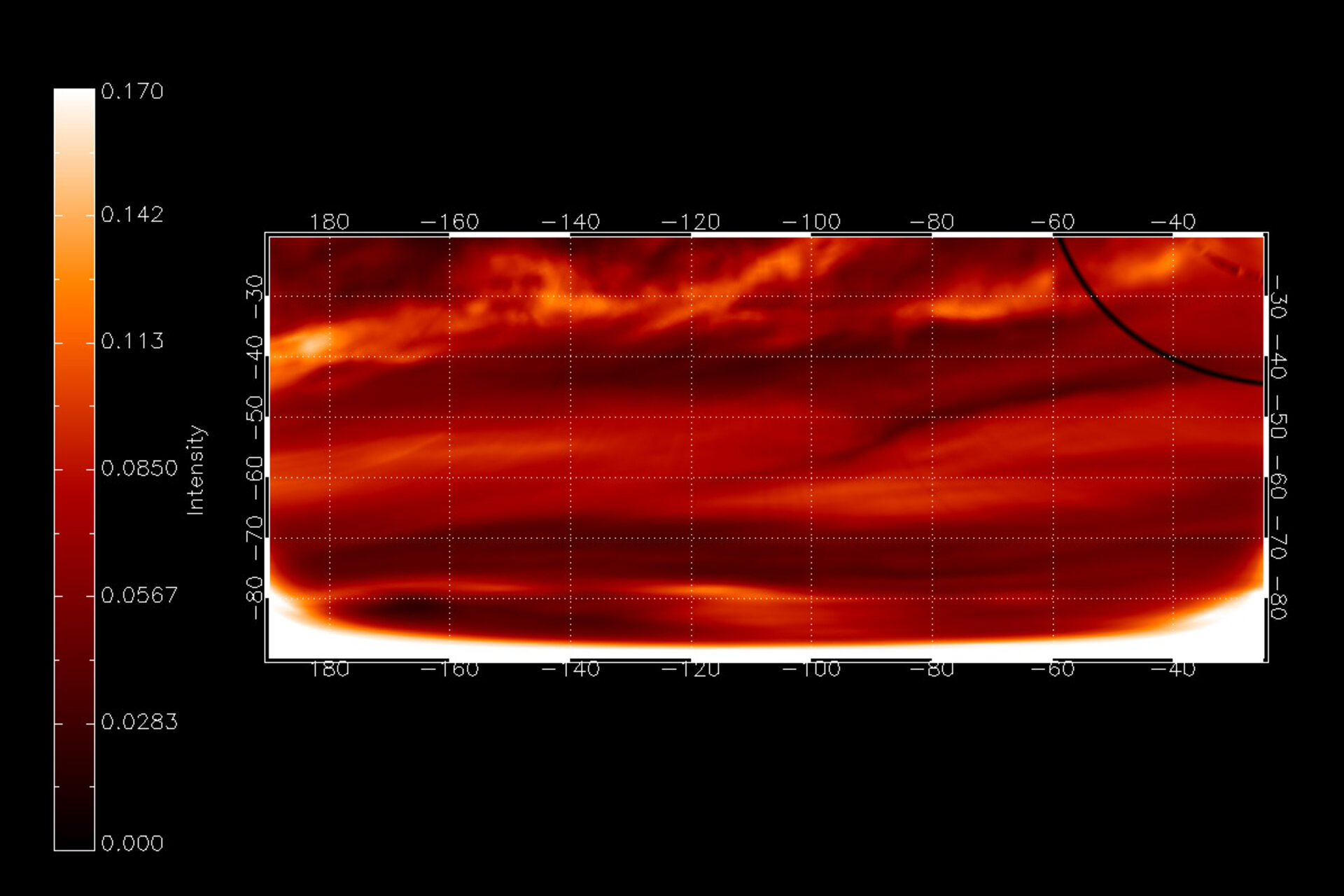 Tracking clouds in the Venusian night

This spectacular night image is an infrared view taken at 1.7 microns, as seen by the Ultraviolet/Visible/Near-Infrared spectrometer (VIRTIS) on board ESA’s Venus Express on 12 April 2006, during the first orbit around the planet (capture orbit).

The image, covering an area situated between 20º and 90 º south, show clouds being clearly pushed by winds. Using a set of images of the same area acquired at different times, it is possible to make a direct measurement of the wind speed.