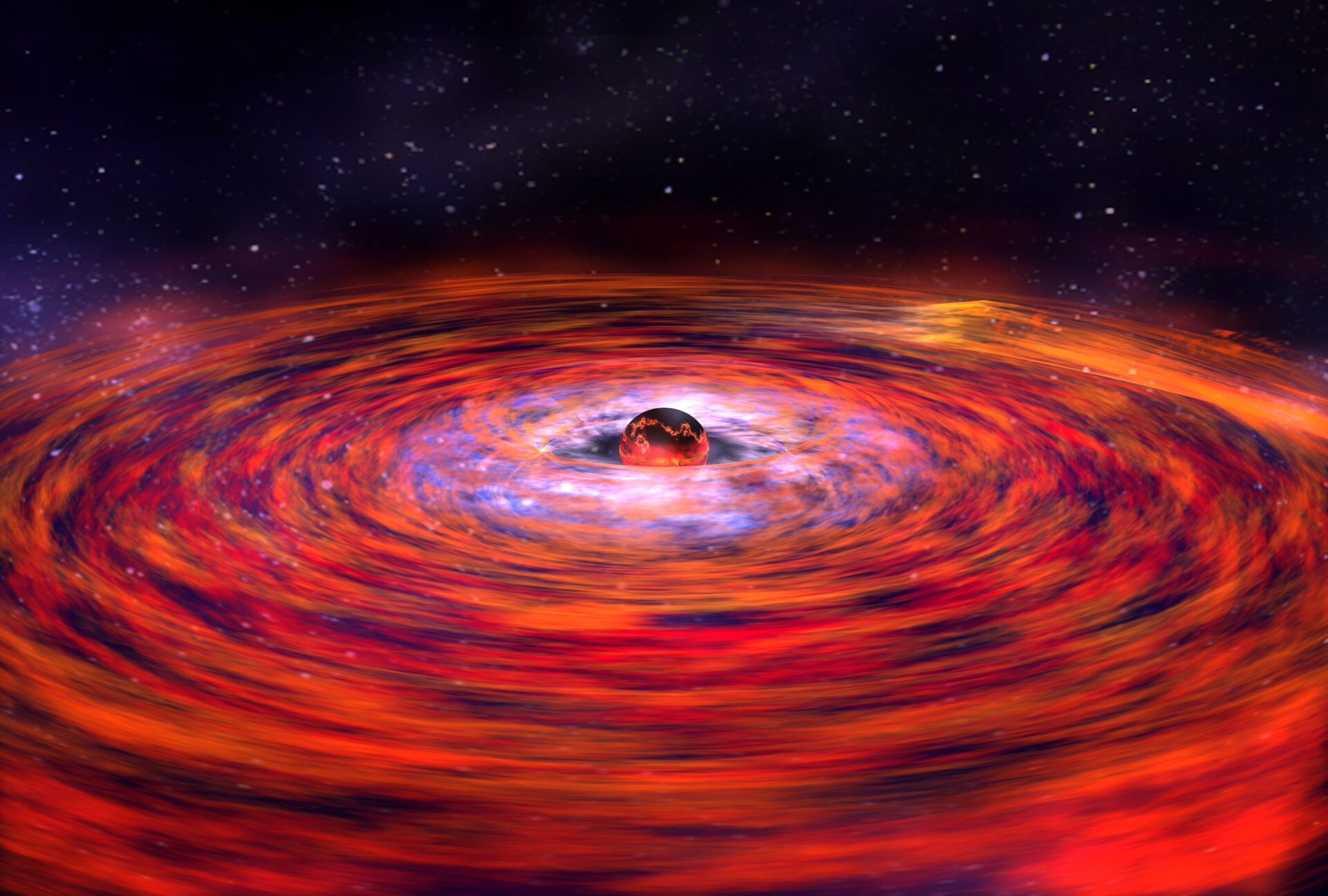 Explosion on a neutron star

This image series is an artist's concept of a rare explosion on a neutron star, which is the dead core of a massive star.

The neutron star's strong gravity pulls gas from a nearby companion star. The gas forms a disk as it flows on to the neutron star, like water pouring down a drain (red area). Since a neutron star has about the mass of the Sun compressed into a sphere only about 16 km across, it is incredibly dense. This gives the star tremendous gravity, about 300 000 times greater than Earth's surface gravity, which compresses the gas as it builds up on the surface of the neutron star.

Eventually, pressure and heat in the gas on the surface becomes so high that the gas detonates in a tremendous nuclear explosion. The explosion distorts and illuminates the gas disk.