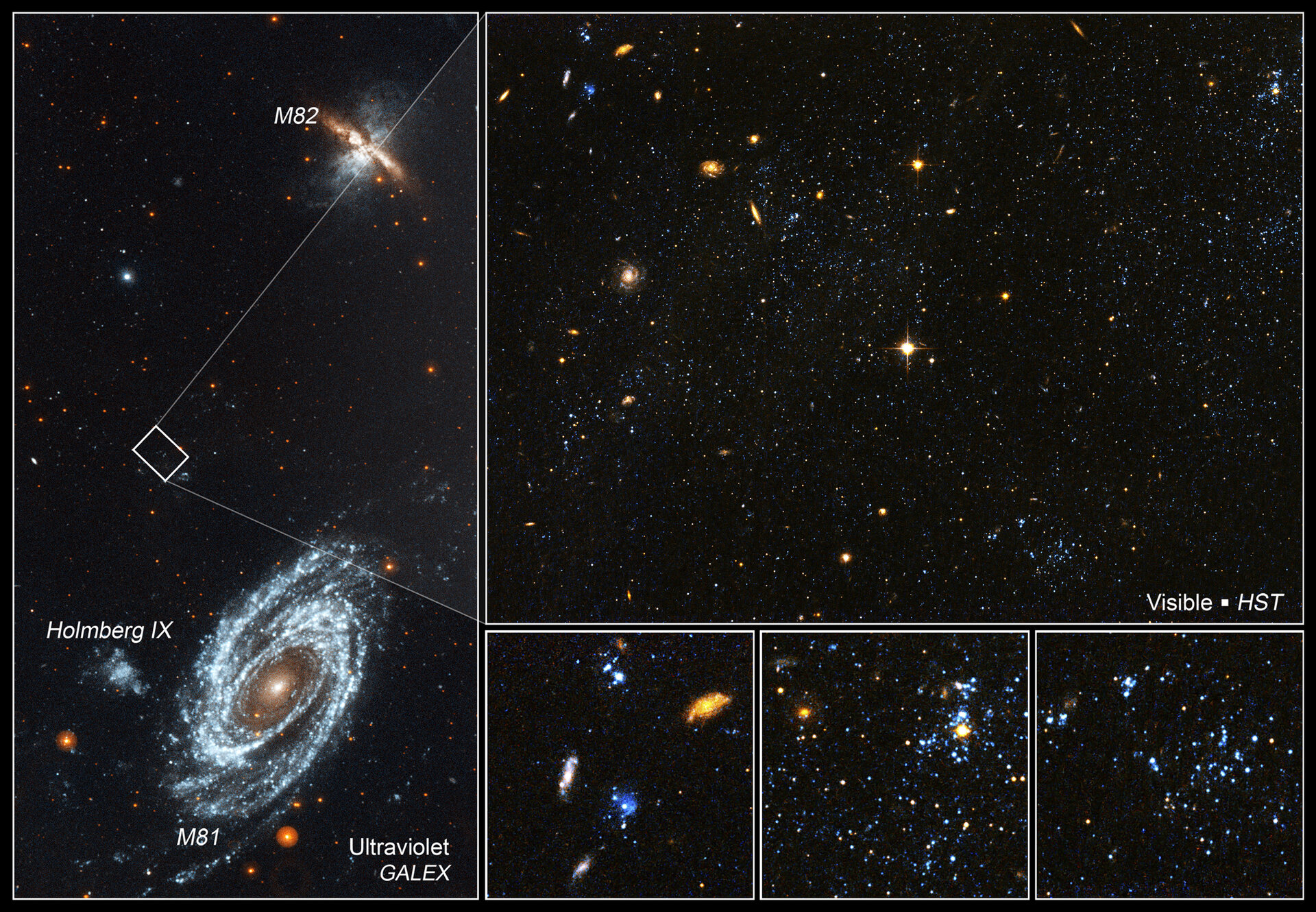 Location of the blue blobs in galaxy group

A GALEX ultraviolet image of the interacting galaxies M81 and M82, which lie 12 million light-years away in the constellation Ursa Major. The gravity from each galaxy dramatically affected the other during their last close encounter, 200 million years ago. Gas density waves rippling around M81 make it a grand design spiral. M82 is undergoing a starburst at its core, creating glowing fingers of hydrogen.

Right:
A Hubble Space Telescope visible light image of bright blue star clusters found along a wispy bridge of gas that was tidally stretched between the two galaxies, and a third companion galaxy not seen in this picture. This is not the place astronomers expect to find star clusters because the density of gas is so low. Turbulence in the gas may have enhanced the density locally to trigger starbirth. The so-called "blue blobs" are clumped together in a structure called Arp’s Loop. Hubble reveals the clusters contain the equivalent of five Orion Nebulae. A Hubble plot of the stellar population in the clusters yields an age of approximately 200 million years, which coincides with the epoch of the collision.