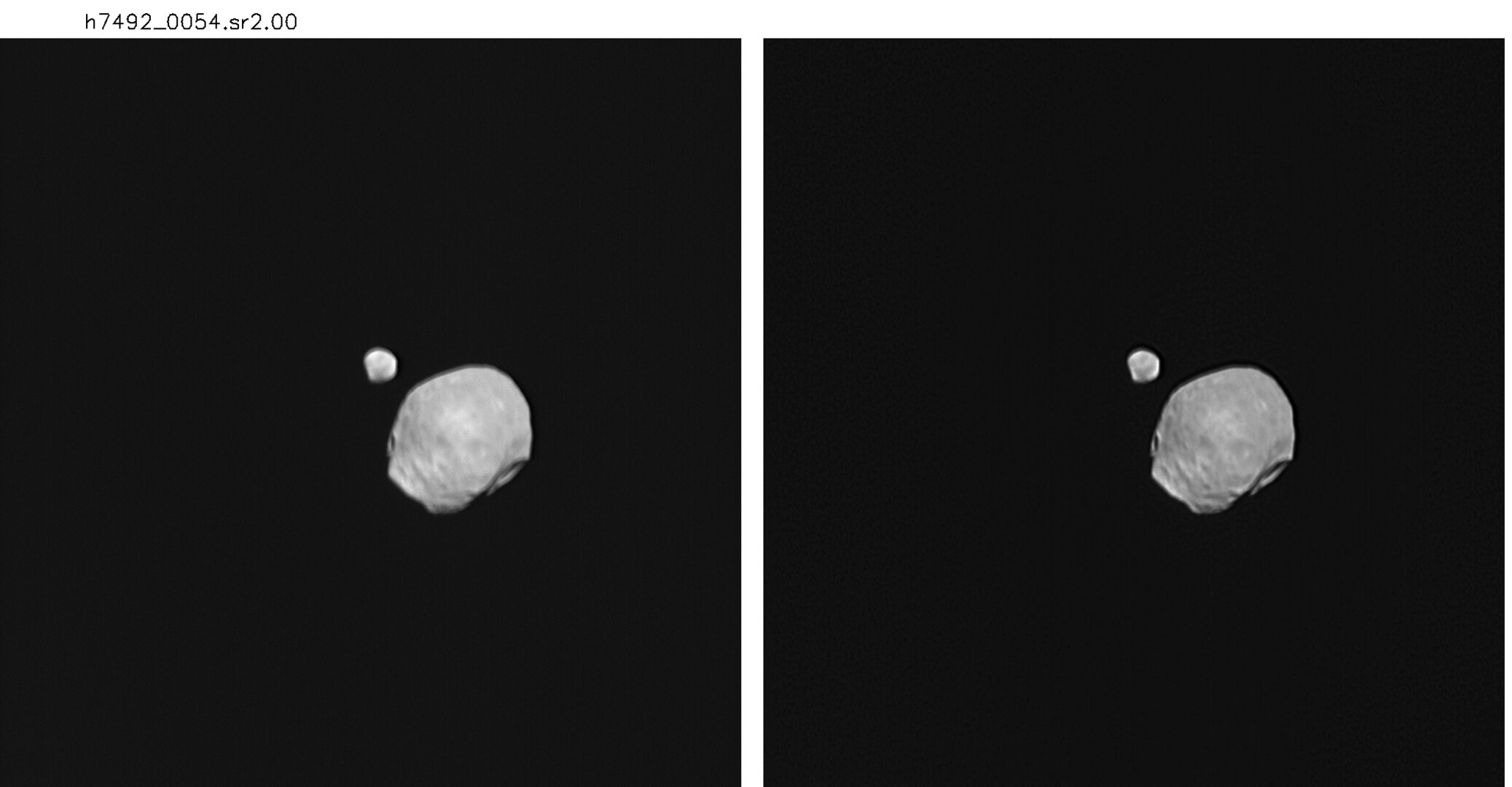 In a first, ESA’s Mars Express orbiter imaged the martian moons Phobos and Deimos together on 5 November 2009. Apart from their ‘wow’ factor, these unique images will help the HRSC team validate and refine existing orbit models of the two moons.
The images were acquired with the Super Resolution Channel (SRC) of the High Resolution Stereo Camera (HRSC). The camera took 130 images of the moons on 5 November at 9:14 CET in a span of 1.5 minutes at intervals of 1s, speeding up to 0.5-s intervals toward the end. The image resolution is 110 m/pixel for Phobos and 240 m/pixel for Deimos — Deimos was more than twice as far from the camera.

The Super Resolution Channel of the HRSC uses an additional lens, which has a very narrow field of view of just 0.5°, providing four times the magnification than otherwise providing four times the resolution of the HRSC colour stereo channel.
Phobos, the larger of the two moons, orbits closer to the Red Planet, circling it every 7 hours and 39 minutes. It travels faster relative to Mars than the Moon relative to Earth. It was 11800 km from Mars Express when the images were taken. Deimos was 26200 kilometres away.