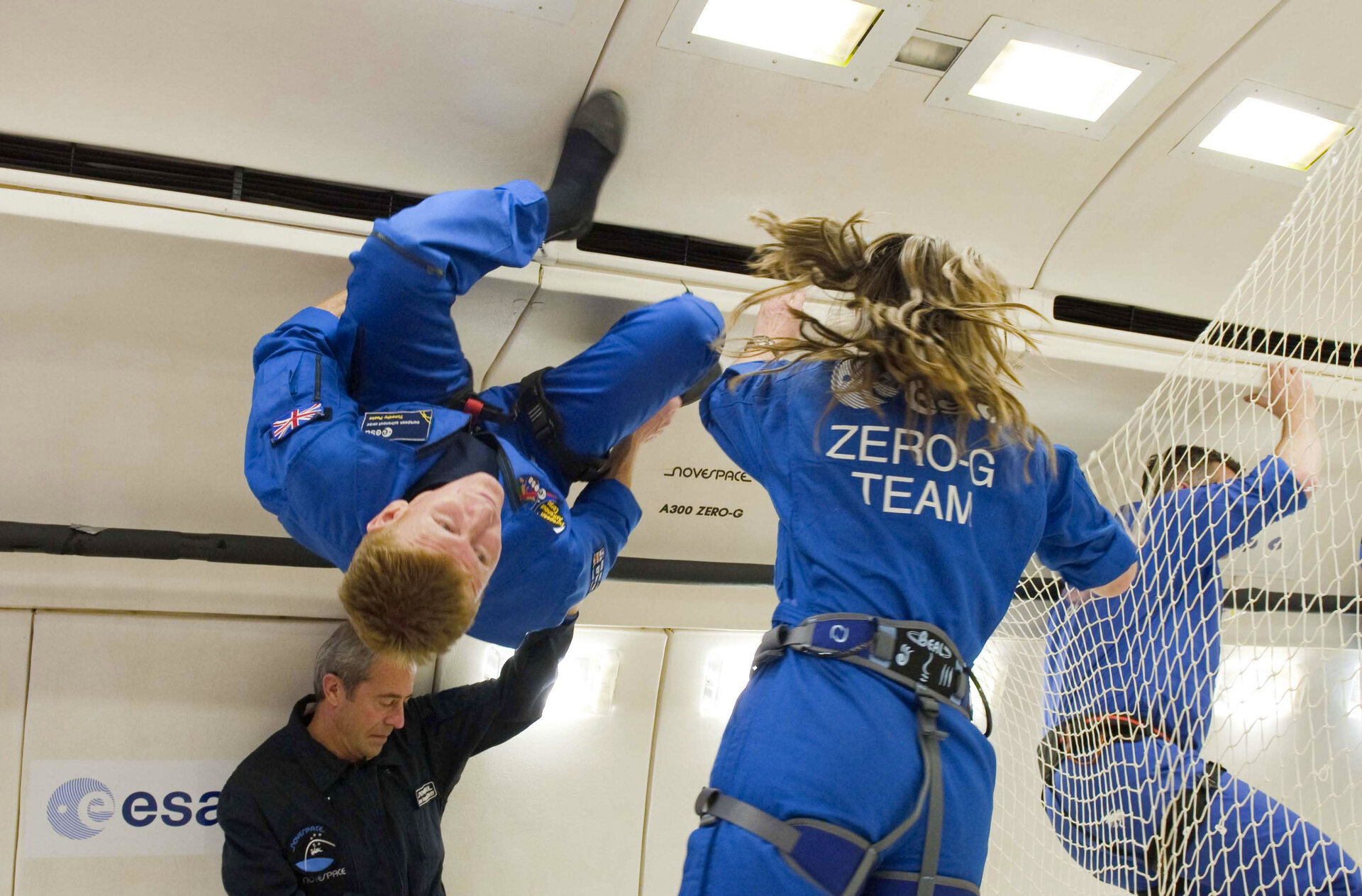 One of the main goals of the flight was to teach the astronaut candidates how to move and work in weightlessness. Timothy Peake is performing a controlled spin. Before the flight, they trained underwater on spacewalk activities in the Neutral Buoyancy Facility of the European Astronaut Centre, in Cologne. When the training was repeated aboard the Zero-G aircraft, they could clearly feel and understand the key differences between working underwater and real microgravity. As an example, it is a hard to start rotating your body underwater because of the drag, which also slows you down easily when you want to stop. In microgravity, it’s the opposite: starting a movement does not need any effort, but stopping it requires a fight against your body’s inertia.