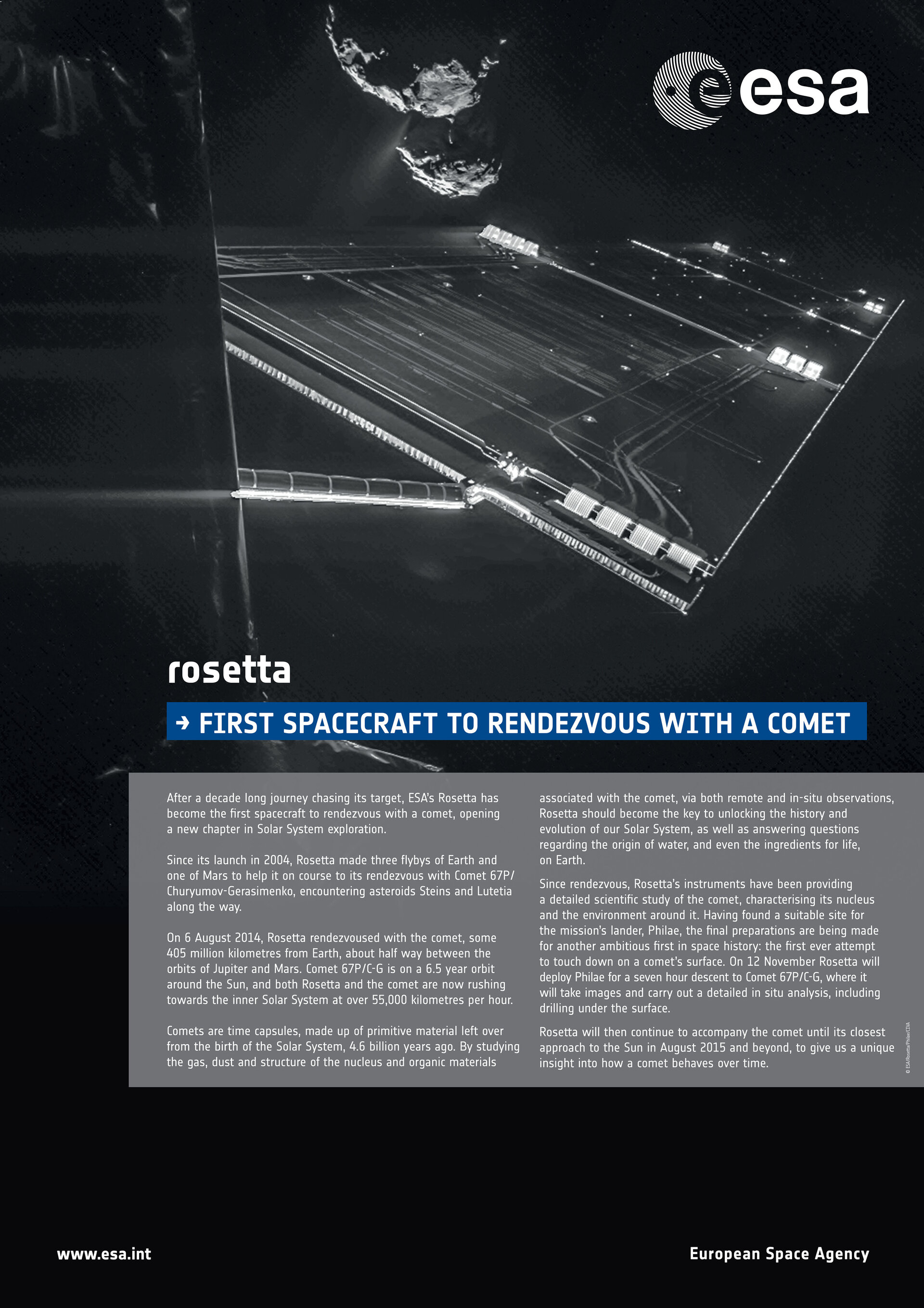 First spacecraft to Rendezvous with a comet

First spacecraft to Rendezvous with a comet

After a decade long journey chasing its target, ESA’s Rosetta has become the first spacecraft to rendezvous with a comet, opening a new chapter in Solar System exploration.

Since its launch in 2004, Rosetta made three flybys of Earth and one of Mars to help it on course to its rendezvous with Comet 67P/Churyumov-Gerasimenko, encountering asteroids Steins and Lutetia along the way.

On 6 August 2014, Rosetta rendezvoused with the comet, some 405 million kilometres from Earth, about half way between the orbits of Jupiter and Mars. Comet 67P/C-G is on a 6.5 year orbit around the Sun, and both Rosetta and the comet are now rushing towards the inner Solar System at over 55,000 kilometres per hour.

Comets are time capsules, made up of primitive material left over from the birth of the Solar System, 4.6 billion years ago. By studying the gas, dust and structure of the nucleus and organic materials associated with the comet, via both remote and in-situ observations, Rosetta should become the key to unlocking the history and evolution of our Solar System, as well as answering questions regarding the origin of water, and even the ingredients for life, on Earth.

Since rendezvous, Rosetta’s instruments have been providing a detailed scientific study of the comet, characterising its nucleus and the environment around it. Having found a suitable site for the mission’s lander, Philae, the final preparations are being made for another ambitious first in space history: the first ever attempt to touch down on a comet’s surface. On 12 November Rosetta will deploy Philae for a seven hour descent to Comet 67P/C-G, where it will take images and carry out a detailed in situ analysis, including drilling under the surface.

Rosetta will then continue to accompany the comet until its closest approach to the Sun in August 2015 and beyond, to give us a unique insight into how a comet behaves over time.