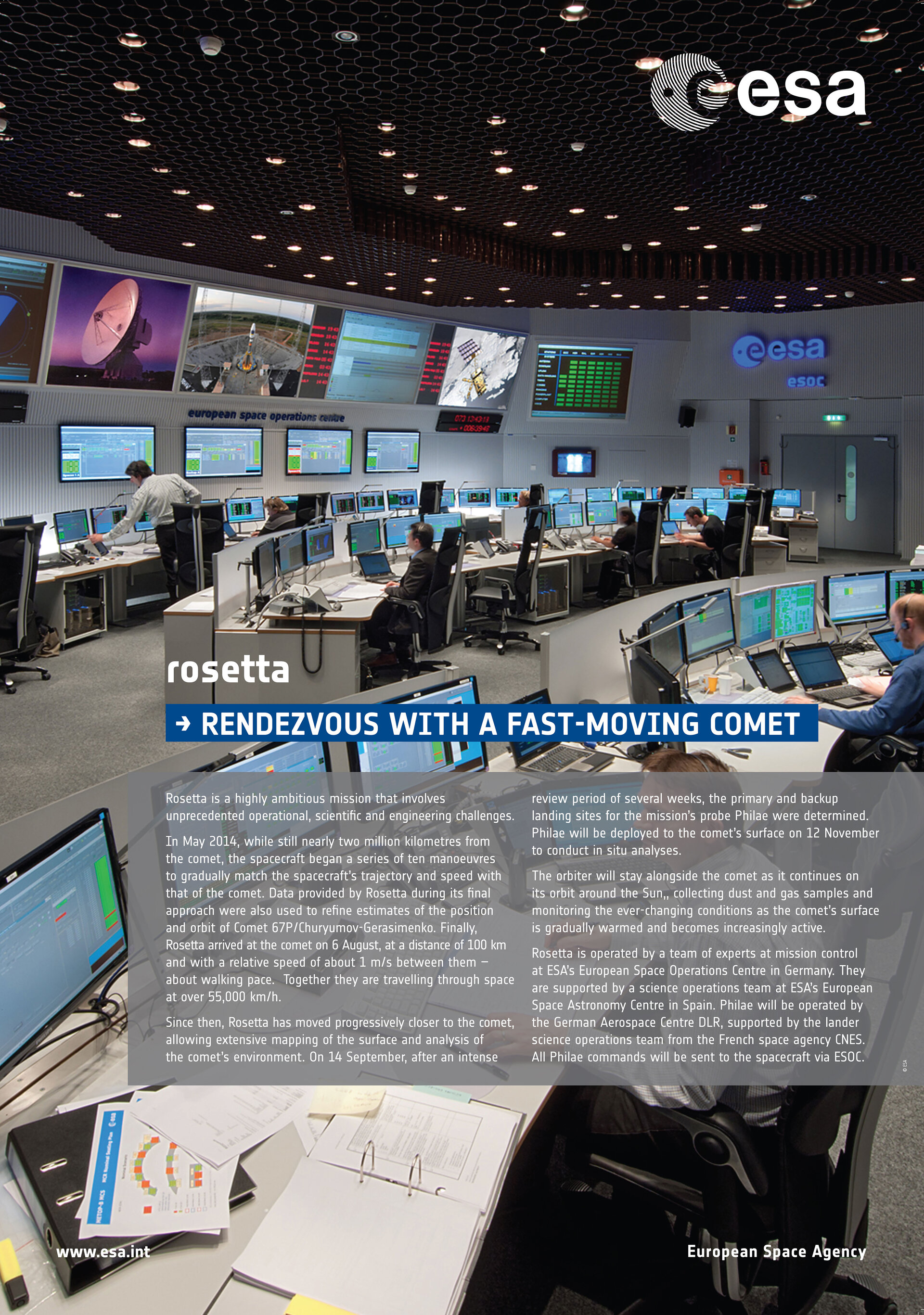 In May 2014, while still nearly two million kilometres from the comet, the spacecraft began a series of ten manoeuvres to gradually match the spacecraft’s trajectory and speed with that of the comet. Data provided by Rosetta during its final approach were also used to refine estimates of the position and orbit of Comet 67P/Churyumov-Gerasimenko. Finally, Rosetta arrived at the comet on 6 August, at a distance of 100 km and with a relative speed of about 1 m/s between them – about walking pace.  Together they are travelling through space at over 55,000 km/h.

Since then, Rosetta has moved progressively closer to the comet, allowing extensive mapping of the surface and analysis of the comet’s environment. On 14 September, after an intense review period of several weeks, the primary and backup landing sites for the mission’s probe Philae were determined. Philae will be deployed to the comet’s surface on 12 November to conduct in situ analyses.

The orbiter will stay alongside the comet as it continues on its orbit around the Sun,,collecting dust and gas samples and monitoring the ever-changing conditions as the comet’s surface is gradually warmed and becomes increasingly active.

Rosetta is operated by a team of experts at mission control at ESA’s European Space Operations Centre in Germany.  They  are supported by a science operations team at ESA’s European Space Astronomy Centre in Spain.  Philae will be operated by the German Aerospace Centre DLR, supported by the lander science operations team from the French space agency CNES. All Philae commands will be sent to the spacecraft via ESOC.