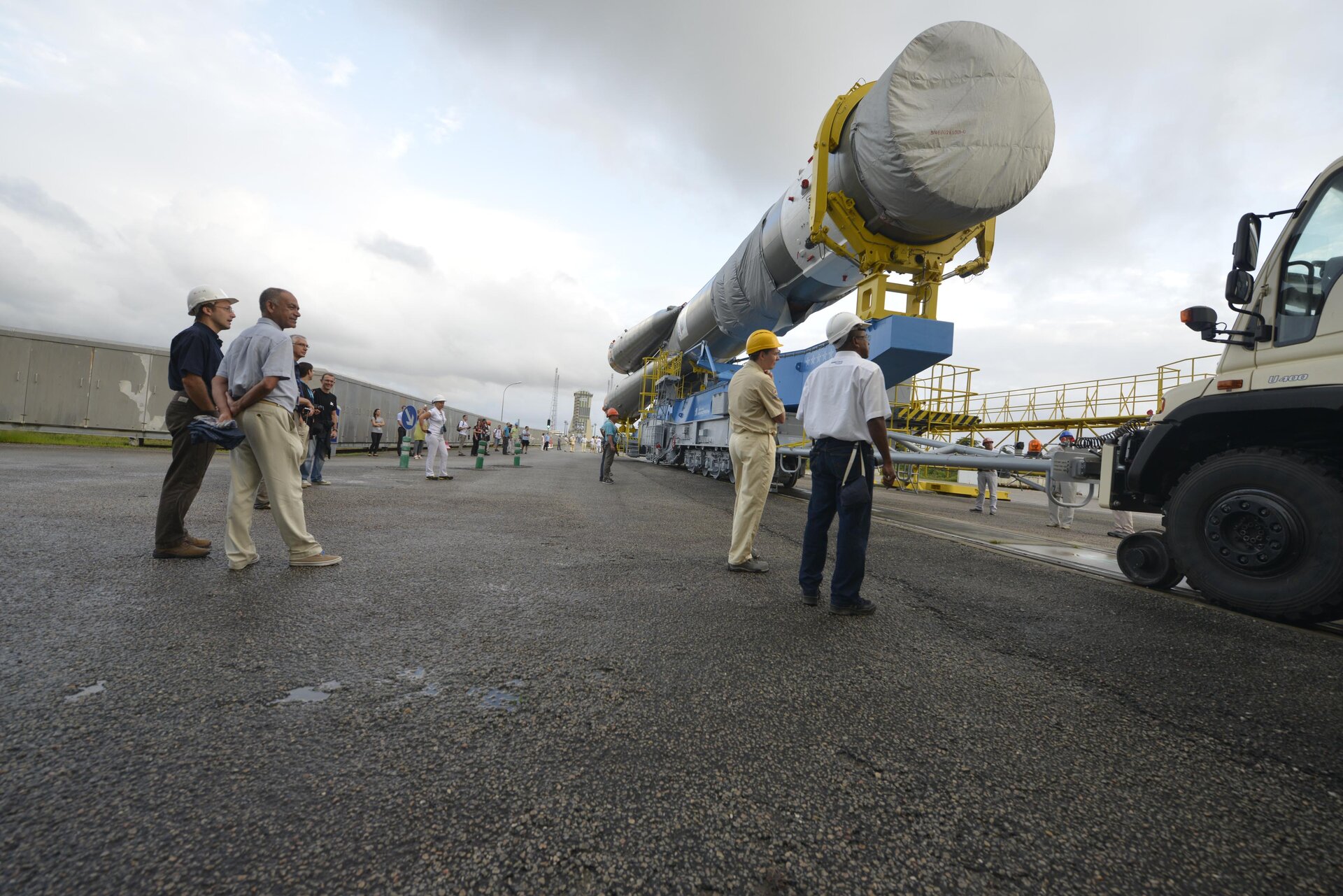 Soyuz VS06 transfer to launch zone

The vehicle was rolled out horizontally on its erector from the preparation building to the launch zone and then raised into the vertical position.

Soyuz VS06 will lift off on 19 December 2013 from Europe's Spaceport, French Guiana. The rocket will carry the Gaia mission.

ESA’s Gaia mission will produce an unprecedented 3D map of our Galaxy by mapping, with exquisite precision, the position and motion of a billion stars.