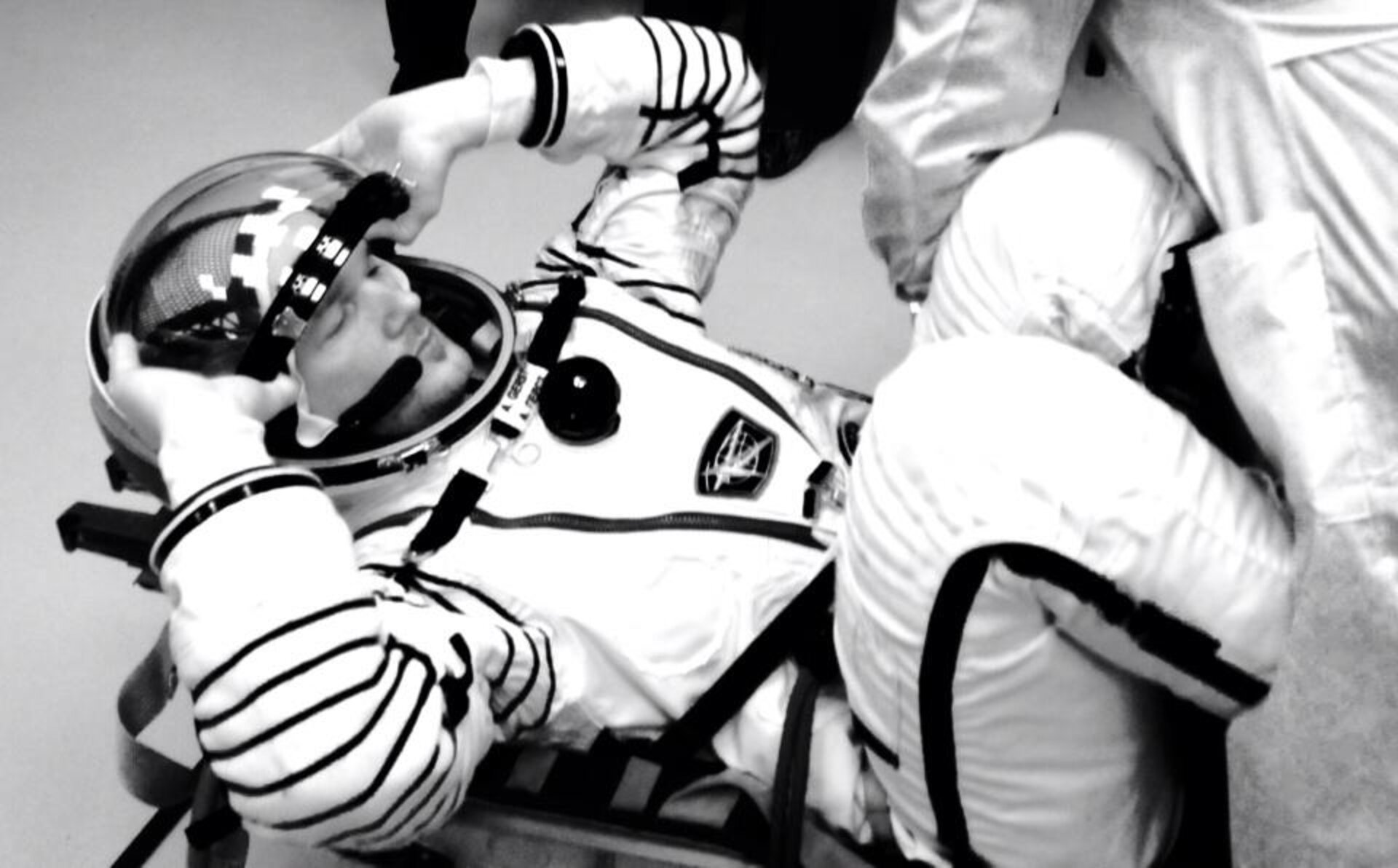 ESA astronaut Alexander Gerst testing his Sokol spacesuit for the last time before his launch to the International Space Station in May 2014.