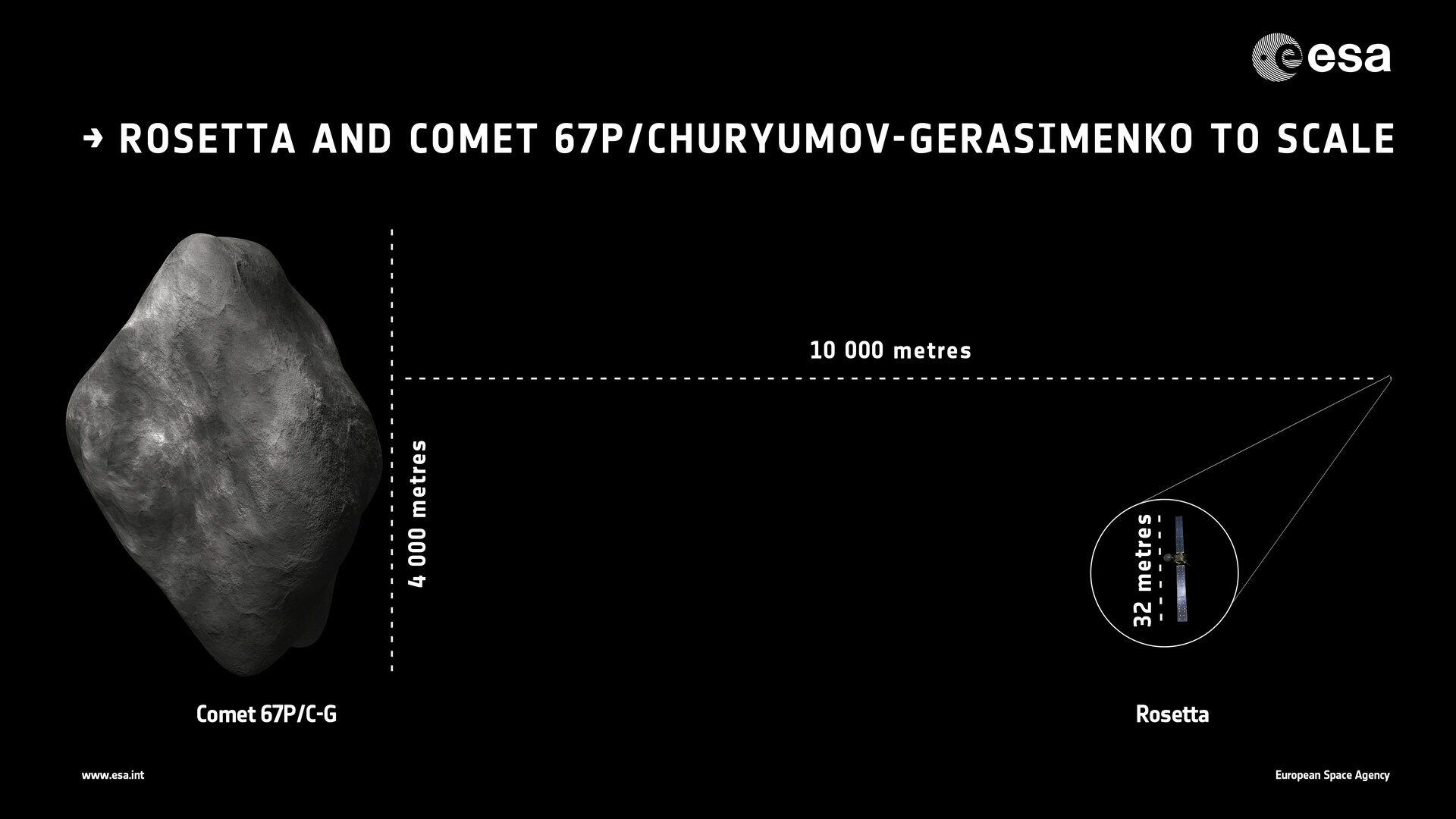 Rosetta and comet to scale

Rosetta and comet 67P/Churyumov–Gerasimenko to scale (Rosetta is indicated by the circle).

The Rosetta spacecraft is 32 m across, measuring from tip to tip of the solar wings. In this image, it is 10 km from the surface of a 4 km-wide comet. Unlike typical artist’s impressions, the image is scaled to show the vast difference in size between Rosetta and the comet (note that the comet depicted here is an artist impression). The spacecraft is 125 times smaller than the comet.

Rosetta arrives at the comet at an altitude of 100 km in the first week of August, and will move progressively closer over the following two months, with the intention to orbit at an altitude of just 10 km, depending on the comet’s activity. For Philae’s deployment in November, Rosetta will come to within a few kilometres of the surface.