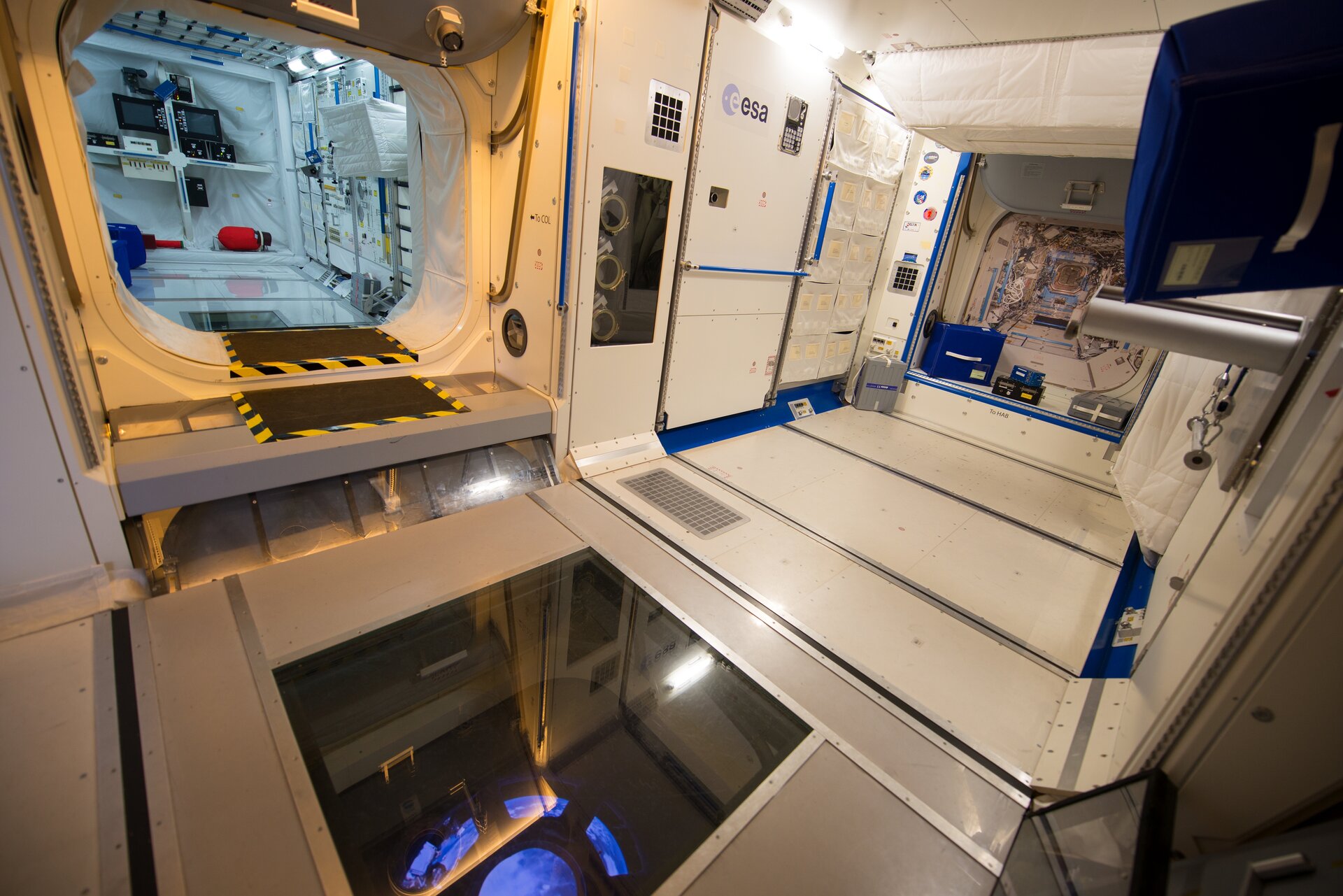 Columbus Public Relation Module which is used for the guided tours at ESA’s European Astronaut Centre (EAC) in Cologne, Germany.

The European Astronaut Centre (EAC) is a centre of excellence for astronaut selection, training, medical support and surveillance, as well as supporting astronauts and their families in preparation for, and during, their spaceflights.

For astronauts and for the ground operations personnel, EAC is the training centre for all European-built Space Station hardware such as ESA's Columbus laboratory and the Automated Transfer Vehicle supply and service ferry.

The European Astronaut Centre reinforces the European commitment to human space programmes. The centres tasks include:

- Selecting European astronauts, preparing and implementing Basic, Advanced and Mission Training for astronauts on missions to the International Space Station.

- Planning and scheduling of the astronaut’s activities and flight assignments, and maintaining their health, fitness and proficiency.

- Training astronauts from the international partner space agencies, for all major European hardware delivered to the International Space Station.

- Providing medical expertise including preventive medicine, evidence-based medicine and psychology, as well as nutrition and fitness, and medical support to astronauts before, during and after missions.

- Providing public relations assistance and promoting human spaceflight and exploration through the public appearances of the European astronauts.

The European Astronaut Centre was established in 1990 and is located near Cologne, Germany. Our team is made up of more than 100 people including staff from the German Aerospace Centre (DLR), the French space agency CNES.