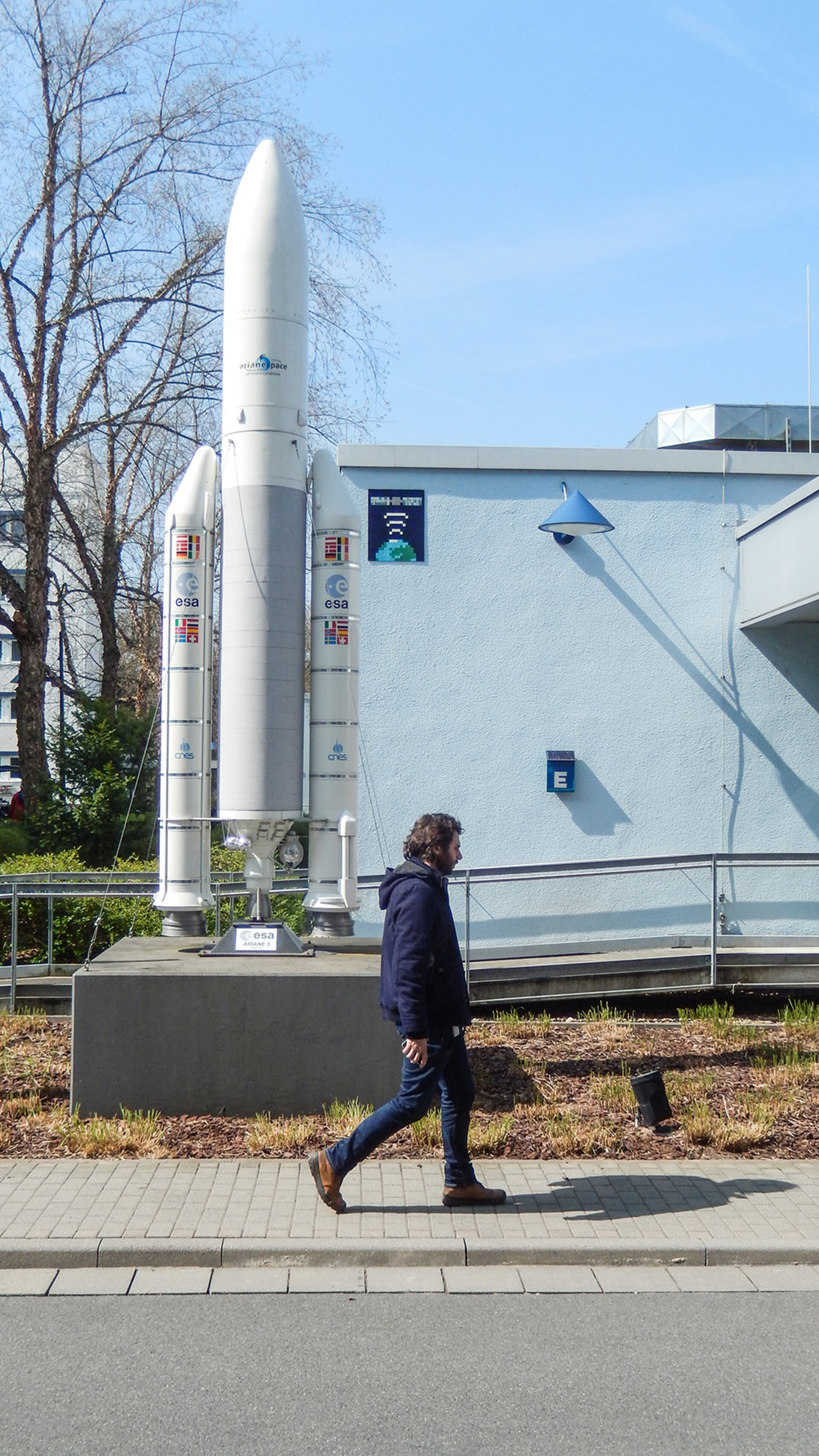 Mosaic art installed at ESA’s spacecraft operations centre ESOC in Darmstadt, Germany, next to a model of an Ariane launcher. French artist Invader is installing his iconic art at ESA establishments all over Europe and even on the International Space Station.