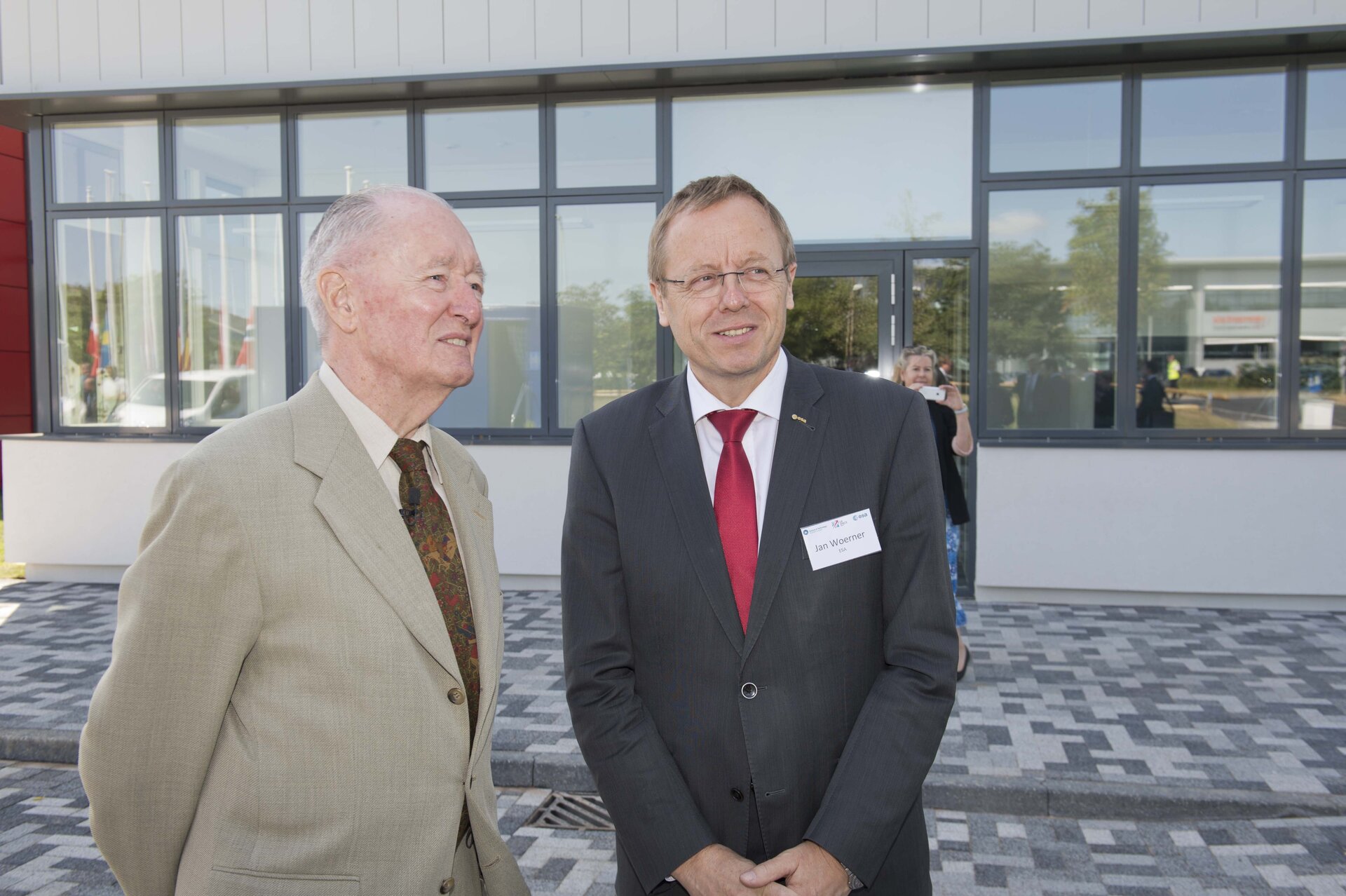 ESA Member States’ flags were raised for the first time at the Agency’s first centre in the UK, watched by Jan Woerner, Jo Johnson, UK Minister of State for Universities and Science, together with two hundred space leaders from the public and private spheres. The new ECSAT premises will be known as the Roy Gibson building.