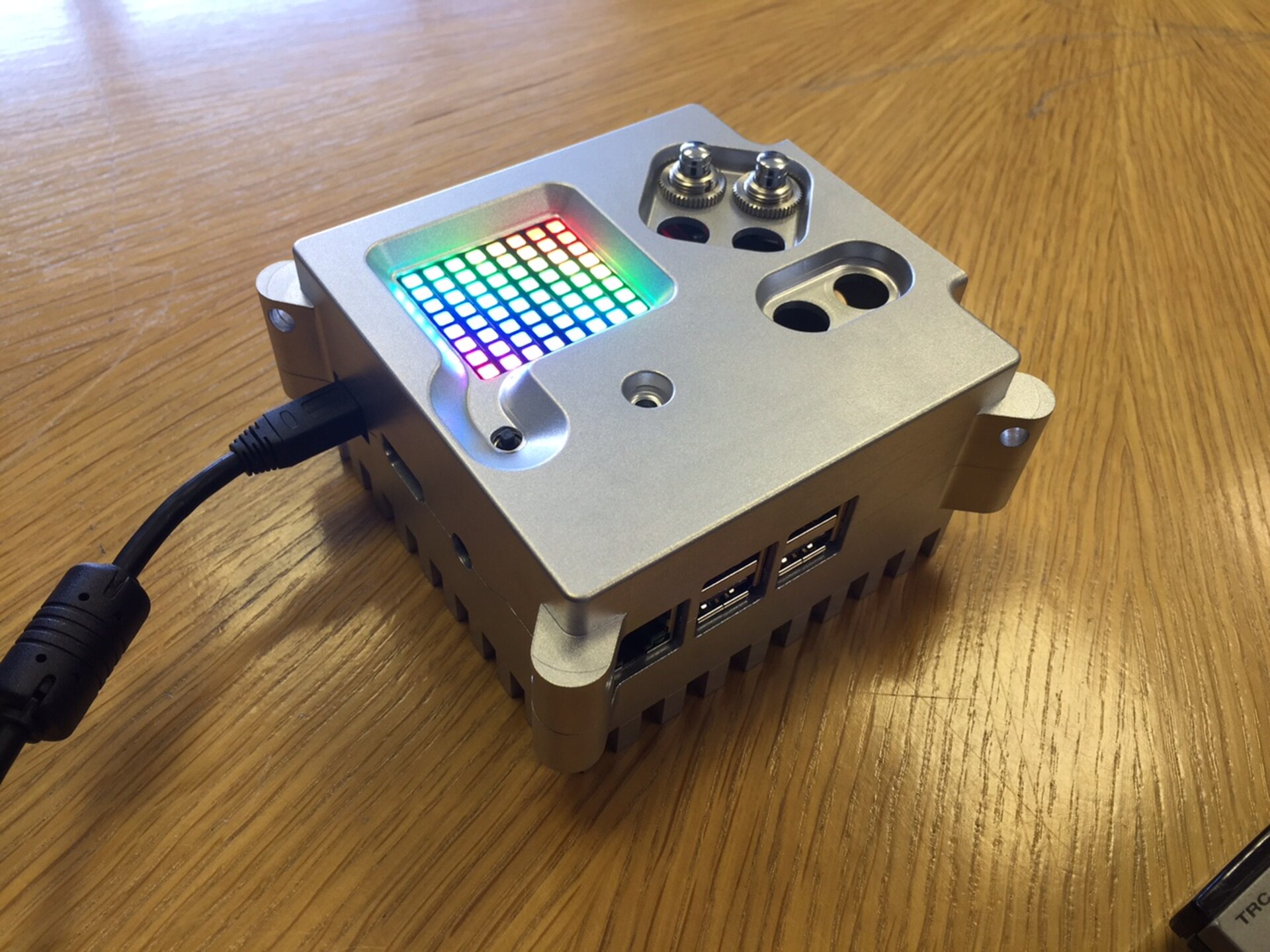 The Astro Pi aluminium flight case that British ESA Astronaut Tim Peake will use on the International Space Station. The case is made from aluminium for aerospace applications.

This is the top view showing the opening for the LED matrix and joystick along with a quad of buttons with an adjacent pair. The face on the right is used to attach it to a Bogen arm so that the Astro Pi can be held in place, for example if an astronaut wants to aim the camera out of the Cupola window.

The hole next to the joystick is to allow air to flow inside and reach the temperature, pressure and humidity sensors.

Primary and secondary schools in the UK are turning to the ‘Raspberry Pi’ minicomputer to learn programming and computing. Two of these credit card-sized Astro Pi computers equipped with a host of sensors and gadgets will be uploaded to the Station. Students have the chance to devise and code their own apps or experiments to run in space.

During his mission, Tim Peake will deploy the tiny computers in different locations. He will load up the winning codes, set them running, collect the data generated and then download it to Earth.