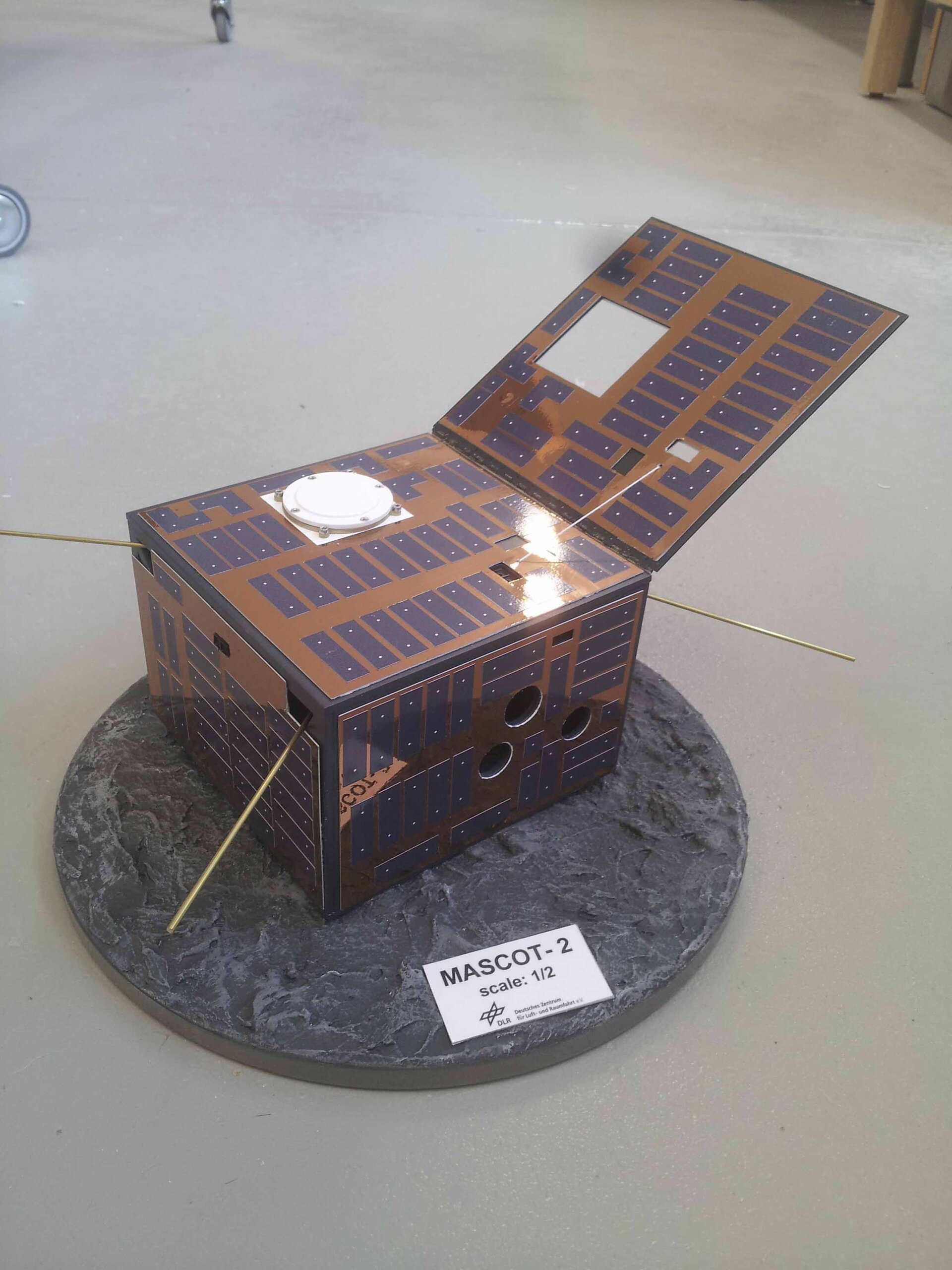 This half-scale model of the Mascot-2 asteroid lander will be on display at next week’s ILA Berlin Air Show.

As part of ESA’s proposed Asteroid Impact Mission, it would be the Agency’s first landing on a small body since Rosetta’s comet landing in 2014.

In 2022 the Mascot-2 microlander would be released from the main AIM spacecraft to touch down on the 170 m-diameter Didymoon, which orbits the larger 700 m Didymos asteroid.

Developed for the mission by the DLR German Aerospace Center, the 15 kg Mobile Asteroid Surface Scout-2 (Mascot-2) is building on the heritage of DLR’s Mascot-1, already flying on Japan’s Hayabusa-2. Launched in 2014, Mascot-1 will land on asteroid Ryugu in 2018.

Mascot-2 would be deployed from AIM at about 5 cm/s, and remain in contact with its mothership through a new intersatellite communications system. Guidance, navigation and control sensors would gather details of the landing both for scientific reasons and to determine the microlander’s orientation for deployment of the solar array to keep it supplied with sufficient power for several weeks of surface operations.

In case of a landing in a non-illuminated area, a spring-like ‘mobility mechanism’ would let the microlander jump to another location.

As well as a solar array, Mascot-2 would also deploy its low-frequency radar, while cameras would image the surface in visible light and thermal-infrared. Radar signals beamed right through the body would be detected by AIM on Didymoon’s far side, to provide detailed subsurface soundings of an asteroid’s internal structure for the first time ever.

Mascot-2 would repeat these measurements after Didymoon has been struck by the NASA’s DART (Double Asteroid Redirection Test) probe, to assess the extent of structural changes induced by this impact event. AIM and DART together are known as the Asteroid Impact & Deflection Assessment mission.

To learn more about ESA’s work on asteroids, watch out for Asteroid Day on 30 June.