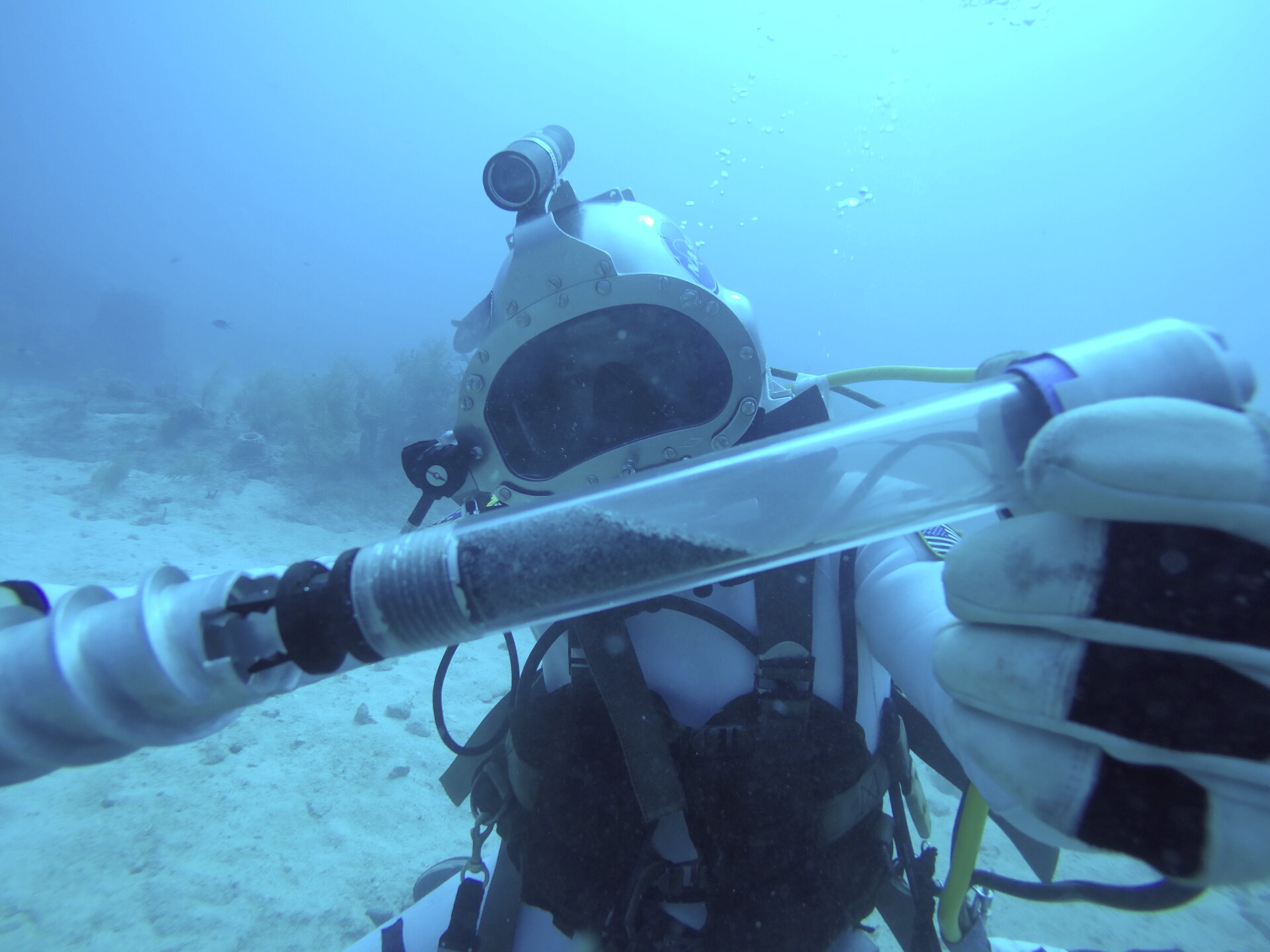 A NASA astronaut showing a sample taken underwater during the NASA Extreme Environment Mission Operations (NEEMO) 21 mission that began on 21 July 2016. An international crew of aquanauts splashed down to the undersea Aquarius Reef Base, 20 m below the surface of the Atlantic Ocean off the  Florida Keys.

The NEEMO 21 crew performed research inside and outside the habitat during a 16-day simulated space mission. During simulated spacewalks underwater, they evaluated tools and mission operation techniques that could be used in future space missions. Inside the habitat, the crew tested a DNA sequencer, a medical telemetry device and a head-up display.