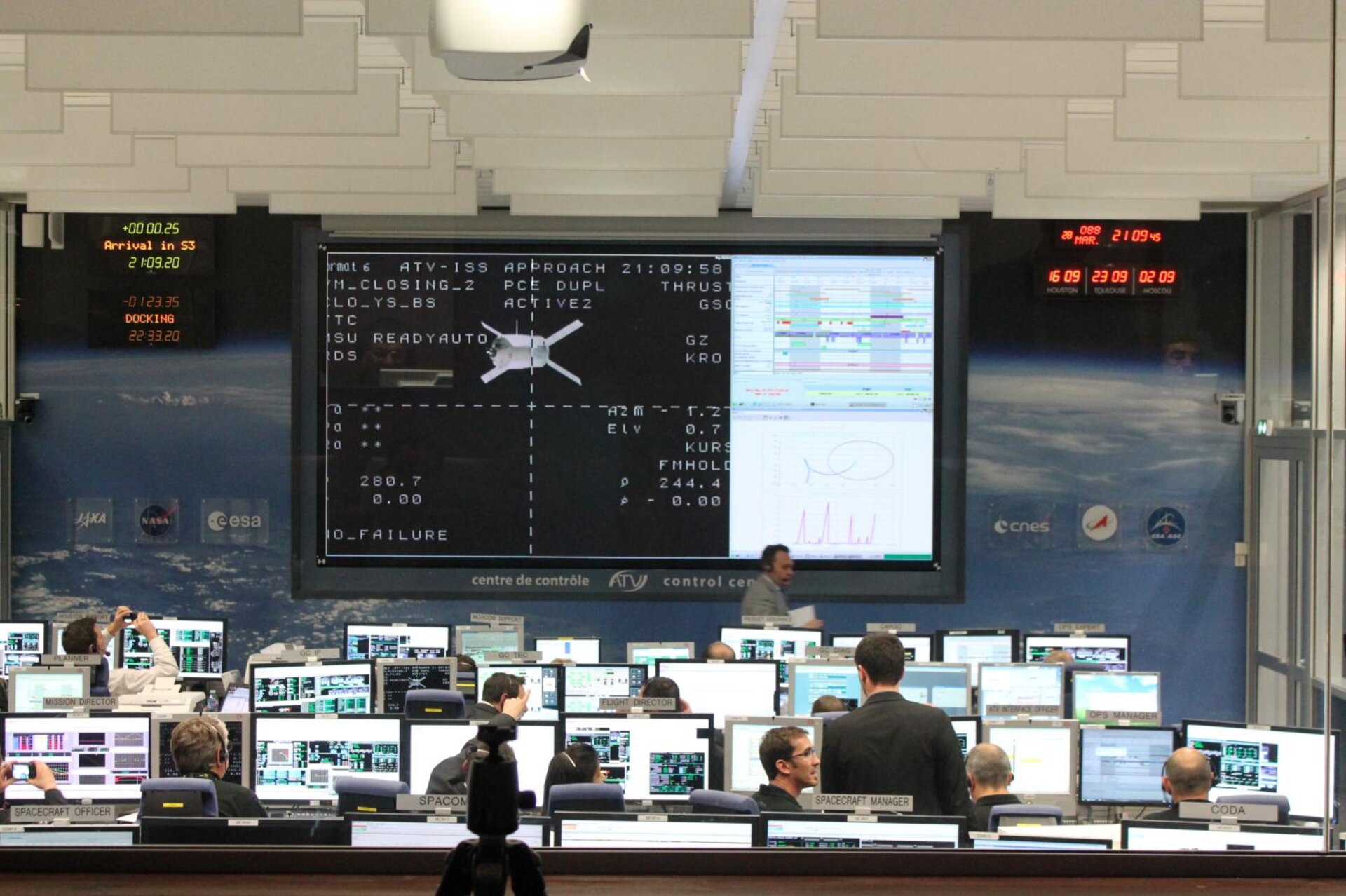 In 2012, a joint ESA/CNES mission control team were working ‘on console’ at the ATV Control Centre in Toulouse, France, to oversee the approach and docking of ESA’s third Automated Transfer Vehicle, Edoardo Amaldi.

The 20-tonne vessel, flying autonomously while being continuously monitored from the ground, docked with the 450-tonne orbital complex with a precision of 6 cm as they circled Earth at more than 28 000 km/h.

The ground teams at the ATV Control Centre as well as ESA astronaut André Kuipers and his crewmates on the Station were also watching the approach, in case a hold or an abort had to be ordered.

ATV-3 delivered 860 kg of propellant, 100 kg of oxygen and air, 280 kg of drinking water and 2200 kg of dry cargo such as scientific equipment, spare parts, food and clothes for the astronauts.