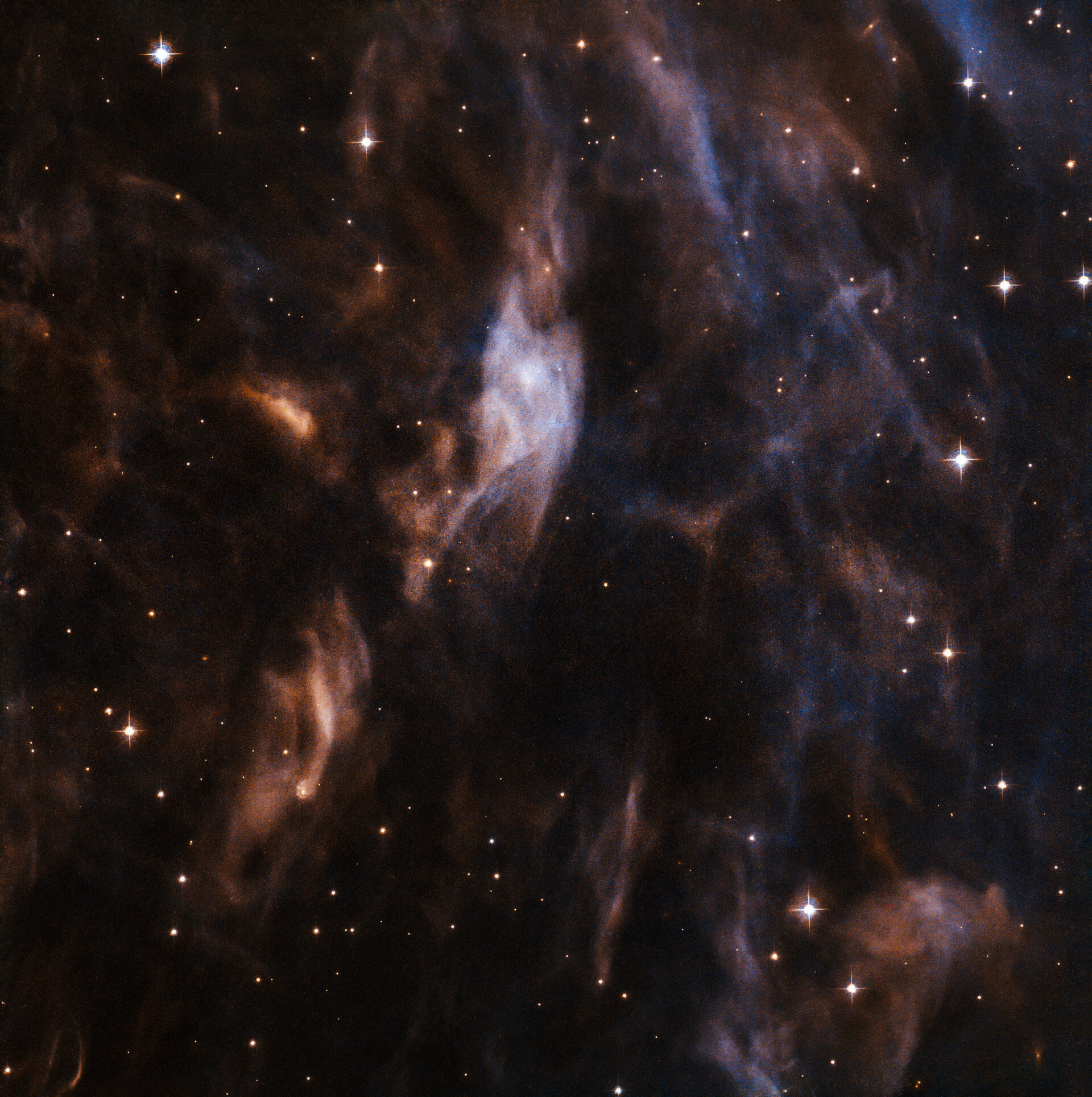 The NASA/ESA Hubble Space Telescope still has a few tricks up its sleeve in its task of exploring the Universe. For one, it is able to image two adjacent parts of the sky simultaneously. It does this using two different cameras — one camera can be trained on the target object itself, and the other on a nearby patch of sky so that new and potentially interesting regions of the cosmos can be observed at the same time (these latter observations are known as parallel fields).

This image shows part of a bubble-like cloud of gas — a nebula named Sh2-308 — surrounding a massive and violent star named EZ Canis Majoris. It uses observations from Hubble’s Advanced Camera for Surveys, and is the parallel field associated with another view of the nebula produced by Hubble’s Wide Field Camera 3.

EZ Canis Majoris is something known as a Wolf-Rayet star, and is one of the brightest known stars of its kind. Its outer shell of hydrogen gas has been used up, revealing inner layers of heavier elements that burn at ferocious temperatures. The intense radiation pouring out from EZ Canis Majoris forms thick stellar winds that whip up nearby material, sculpting and blowing it outwards.

These processes have moulded the surrounding gas into a vast bubble. A bubble nebula produced by a Wolf-Rayet star is made of ionised hydrogen (HII), which is often found in interstellar space. In this case, it is the outer hydrogen layers of EZ Canis Majoris — the bubble — that are being inflated by the deluge of radiation — the air — coming from the central star. The fringes of these bubbles are nebulous and wispy, as can be seen in this image.