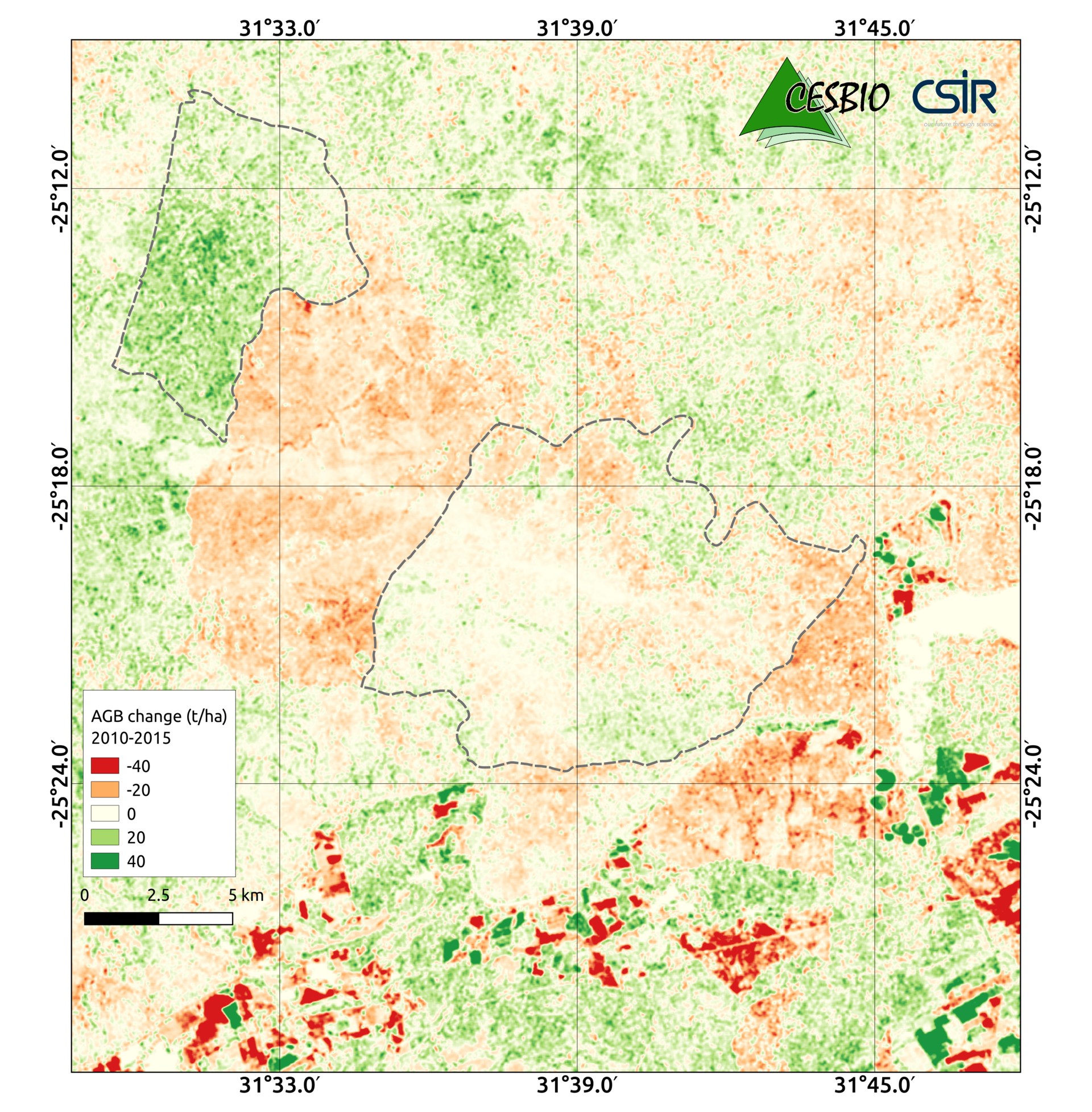 Forest plantations along the bottom of the image show changes of biomass after logging and regrowth, which occurred during the five-year period.