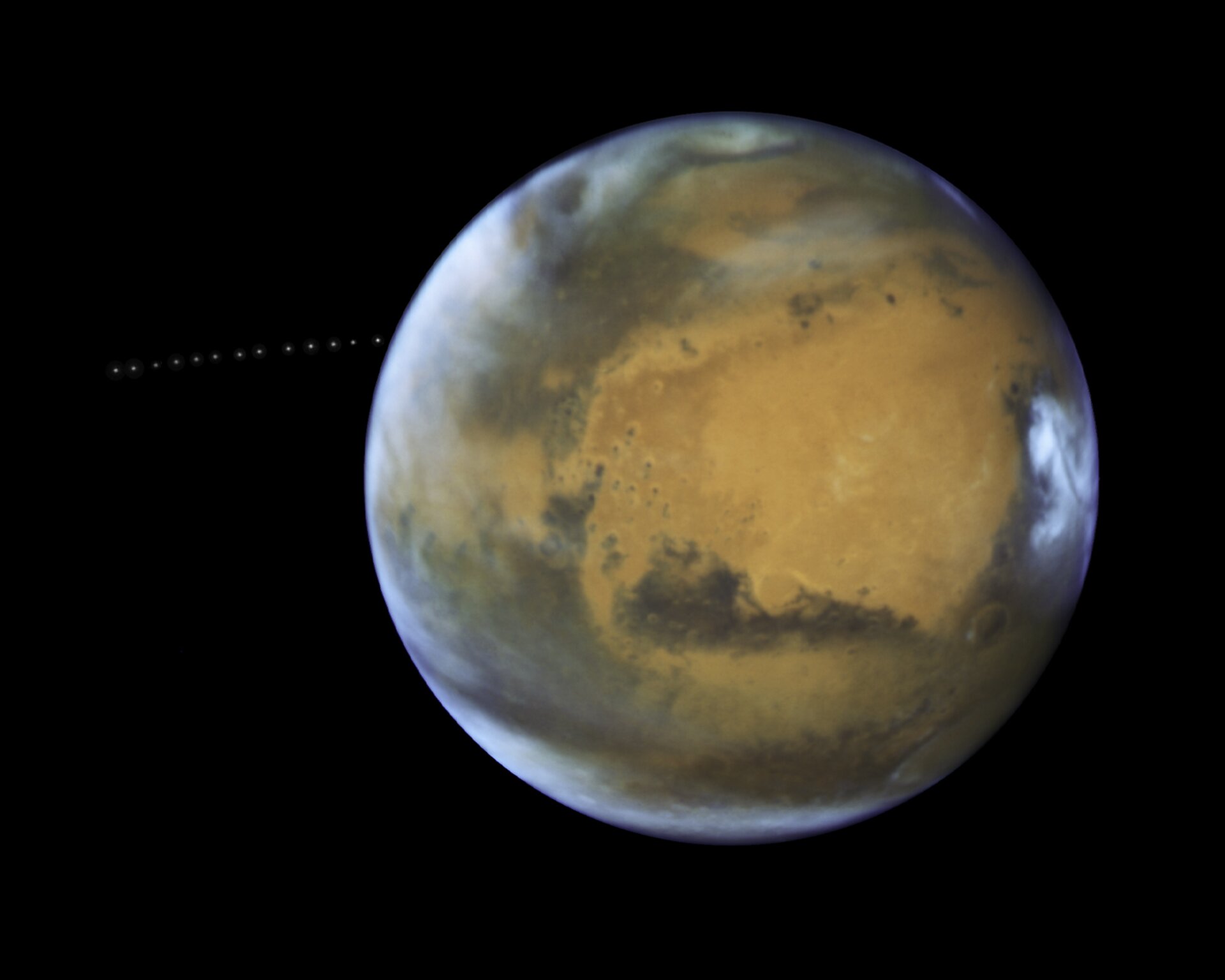 The sharp eye of the NASA/ESA Hubble Space Telescope captured the tiny moon Phobos during its orbital trek around Mars on 12 May 2016. The observations were intended to photograph Mars while it was on its closest approach to Earth along its orbit, so the moon’s cameo appearance was a bonus.

Over the course of 22 minutes, Hubble took 13 separate exposures, allowing astronomers to create a timelapse video showing the movement of Phobos around its host planet. Because the moon is so small, just 27×22×18 km, it appears star-like in the images.

It also orbits incredibly close to Mars, just 6000 km above the planet, making it closer to its parent planet than any other moon in the Solar System.

Sibling Deimos orbits much further out, at a distance of some 23 500 km.

While the origin of the moons is much debated, their fate is inevitable. Phobos is gradually spiraling in towards Mars and within 50 million years will likely either break up due to the planet’s gravity, or crash into its surface. Meanwhile, the opposite is true for Deimos: its orbit is slowly taking it away from Mars.