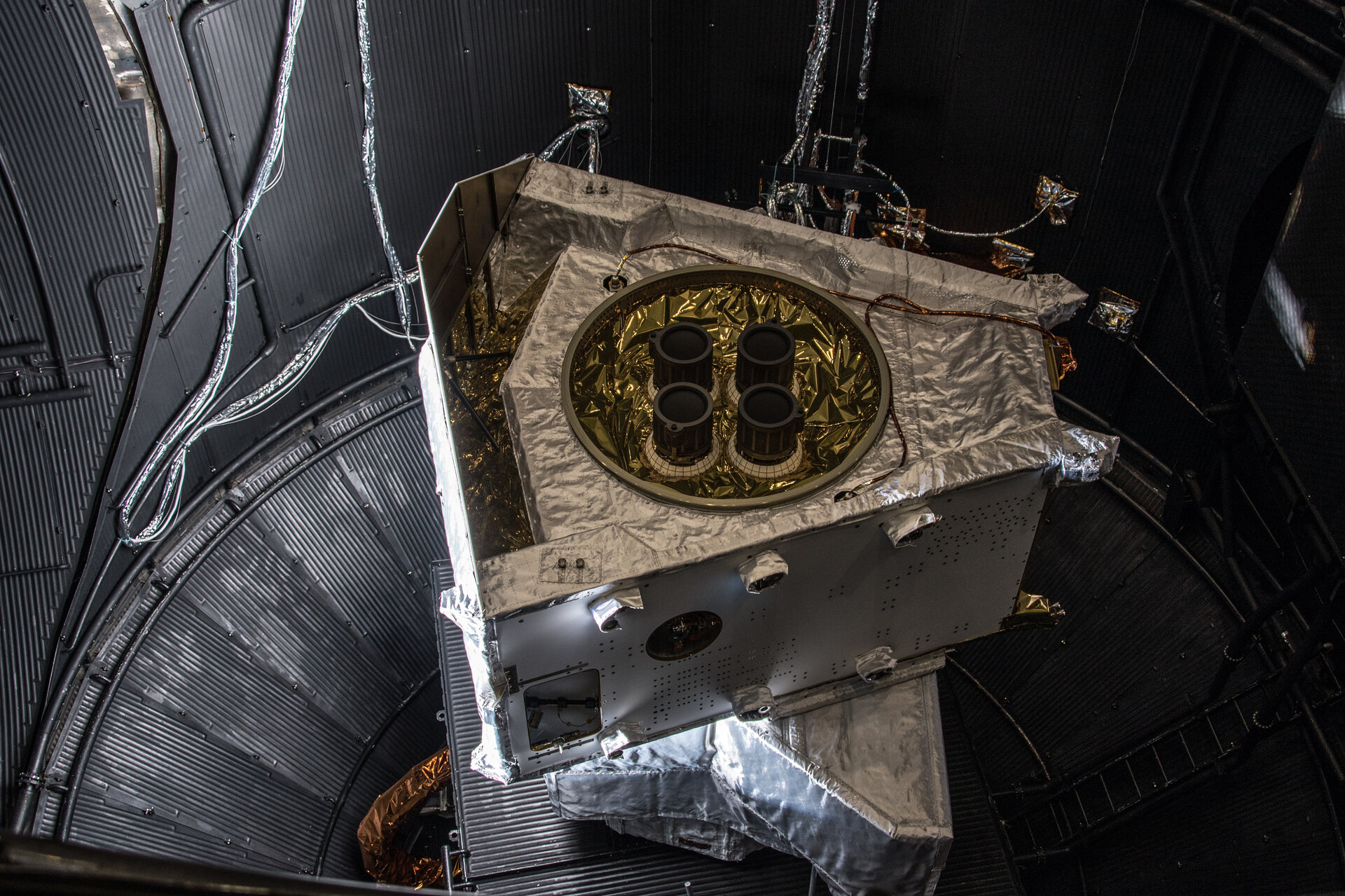 The BepiColombo Mercury Transfer Module has completed its final major test inside ESA’s Large Space Simulator, proving it will be able to withstand the temperature extremes it will experience on its journey to Mercury.

On the one hand, the mission will be exposed to the cold vacuum of space. On the other, it will travel close to the Sun, receiving 10 times the solar energy than we do on Earth. This translates to about 11 kW per sq m at Mercury, with the spacecraft expected to endure heating to about 350ºC, similar to a pizza oven.

Inside the simulator, the largest of its kind in Europe at 15m high and 10m wide, pumps create a vacuum a billion times lower than standard sea-level atmosphere, while the chamber’s walls are lined with tubes pumped with liquid nitrogen to create low temperatures of about –180ºC. At the same time, a set of 25kW IMAX projector-class lamps are used with mirrors to focus light onto the craft to generate the highest temperatures.

During the latest tests, carried out between 24 November and 4 December 2017, the module was rotated through 13º either side to monitor the heating and distribution. The ion engines were also activated – without creating thrust from an ion beam given the confines of the test chamber – to confirm that the module's electric propulsion system can operate in this challenging environment

The module is seen here stacked on a replica interface to mimic the science orbiters that it will be attached to during launch and the 7.2 year journey to Mercury. The four ion thrusters are seen on the top of module in this orientation. Not present in this test, the module will also be equipped with two solar wings that will unfold to a span of 30 m.

The transfer module’s job is to carry ESA’s Mercury Planetary Orbiter and Japan’s Mercury Magnetospheric Orbiter to the planet, where they will separate and enter their respective orbits. The craft will use a combination of gravity assist flybys at Earth, Venus and Mercury along with the transfer module’s ion thrusters to reach its destination.

The module will now be checked before the entire assembly is shipped to Europe’s Spaceport in Kourou, French Guiana next year. With this last major test complete, the mission is on track to be launched in the two-month window opening on 5 October 2018.