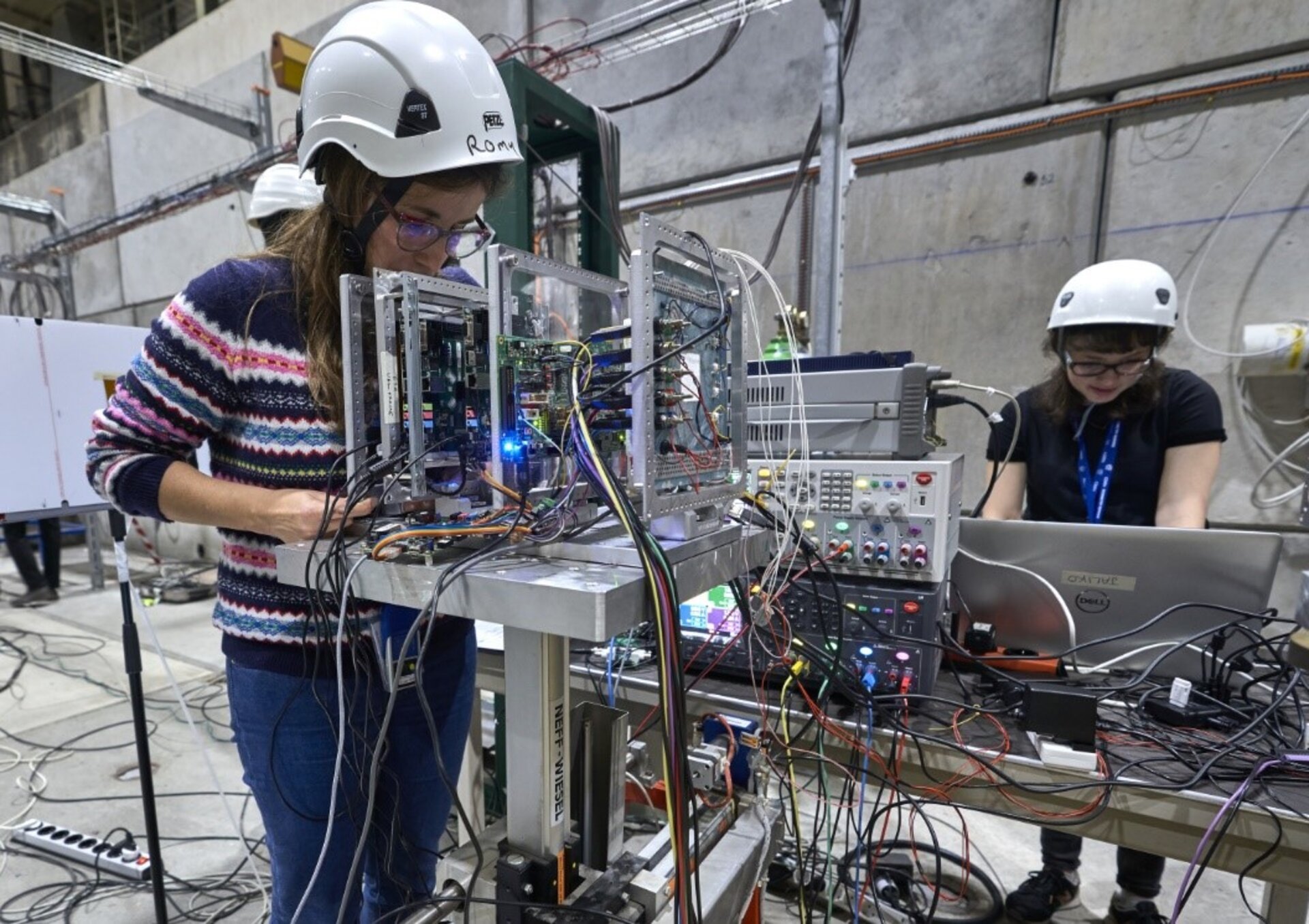 An ESA-led team test the suitability of Intel’s new Myriad 2 artificial intelligence chip to fly in space using a radiation beam at CERN, the European Organization for Nuclear Research. AI offers enhanced autonomy and performance for all kinds of future scientific instruments, not only for space.

Instruments are fundamental to science: tools and precision measuring devices that can do and see things that the unaided human body cannot. That is why Europe’s top eight intergovernmental research organisations have joined forces through the EIROforum to set up an annual school on instrumentation.

Along with ESA and CERN, EIROforum is made up of the EUROfusion consortium studying nuclear fusion, the European Southern Observatory for astronomy, the European Molecular Biology Laboratory, the European Synchrotron Radiation Facility for radiation research, the Institut Laue-Langevin for neutron research and the European X-Ray Free-Electron Laser Facility studying X-ray laser pulses.

EIROforum’s sixth School on Instrumentation will take place from 13–17 May at ESA’s technical heart: ESTEC in Noordwijk, the Netherlands. The highlight topic of this year’s school is AI for instrumentation.

Young researchers, scientists and engineers are welcome to join this event, to get the chance to meet and learn from Europe’s top instrumentation experts with lectures and hands-on sessions covering a wide range of topics such as high-energy physics, nuclear fusion, astronomy, molecular biology, synchrotron radiation and neutron physics.

Participants to the school will be selected from those registered; the deadline for application is 15 March and the application form can be found on the school website here.

The AI chip testing at CERN shown here took place late last year. All candidate hardware to be flown in space first needs to be tested against radiation: space is riddled with charged particles from the Sun and further out in the cosmos. An agreement with CERN gives access to the most intense beam of ultra-high energy heavy ions available – short of travelling into orbit.