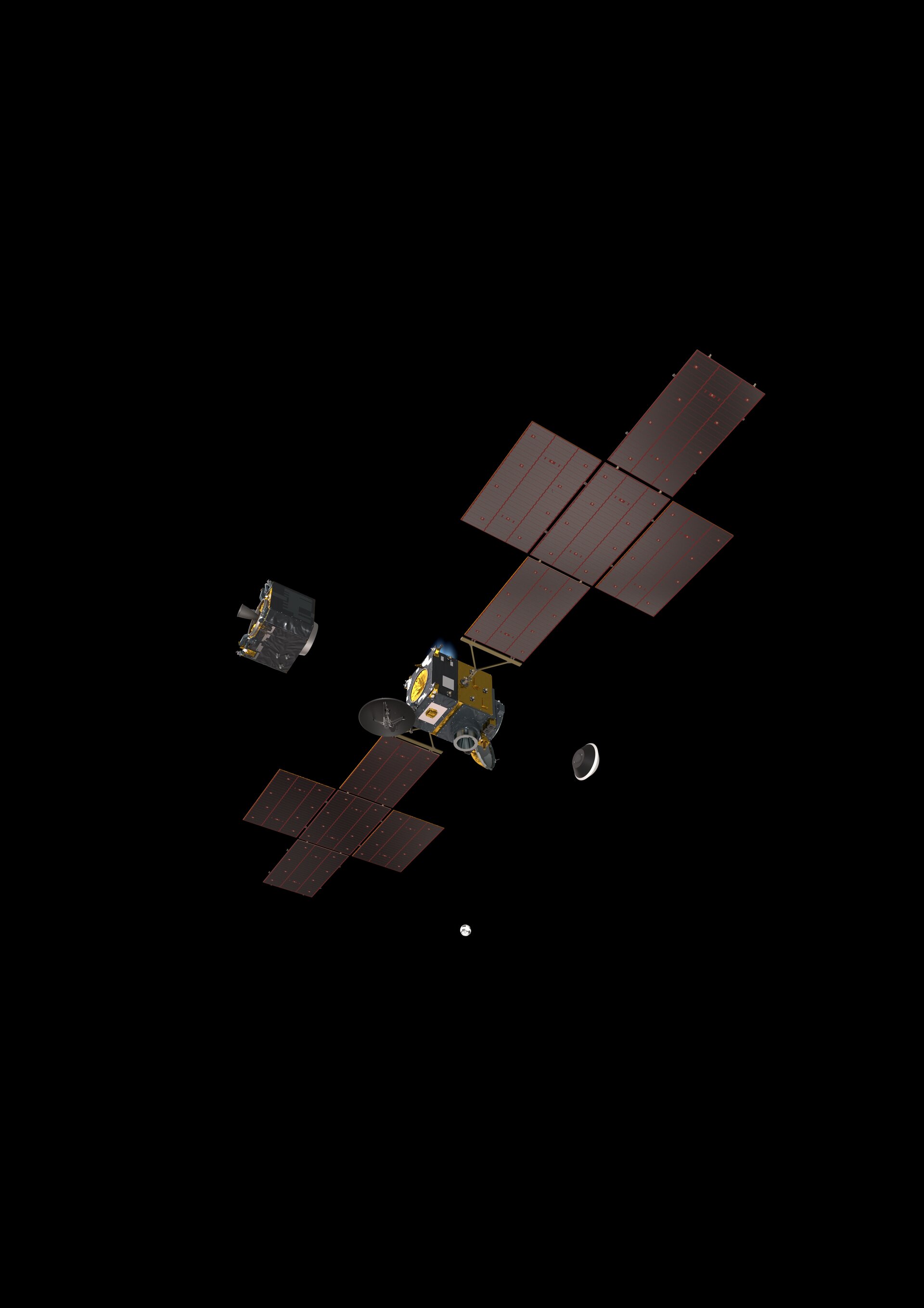 An artist's impression of ESA’s Earth Return Orbiter spacecraft that is part of the Mars Sample Return series of missions to bring back samples from Mars. The image shows the elements of Earth Return Orbiter. Including the basketball-sized container with samples from Mars, the Orbit Insertion Module – a chemical propulsive stage for inserting the spacecraft into Mars orbit that is ejected to save mass on the return to Earth – and the Earth entry capsule that will splash down on Earth.

The Mars Sample Return campaign will need three launches from Earth to accomplish landing, collecting, storing and finding samples and delivering them to Earth. A NASA launch will send the Sample Return Lander mission to land a platform near the Mars 2020 site. From here, a small ESA rover – the Sample Fetch Rover – will head out to retrieve the cached samples.

ESA’s Earth Return Orbiter is the last mission of the Mars Sample Return campaign, timed to capture the basketball-size sample container orbiting Mars. The samples will be sealed in a biocontainment system to prevent contaminating Earth with unsterilised material before being moved into an Earth entry capsule.