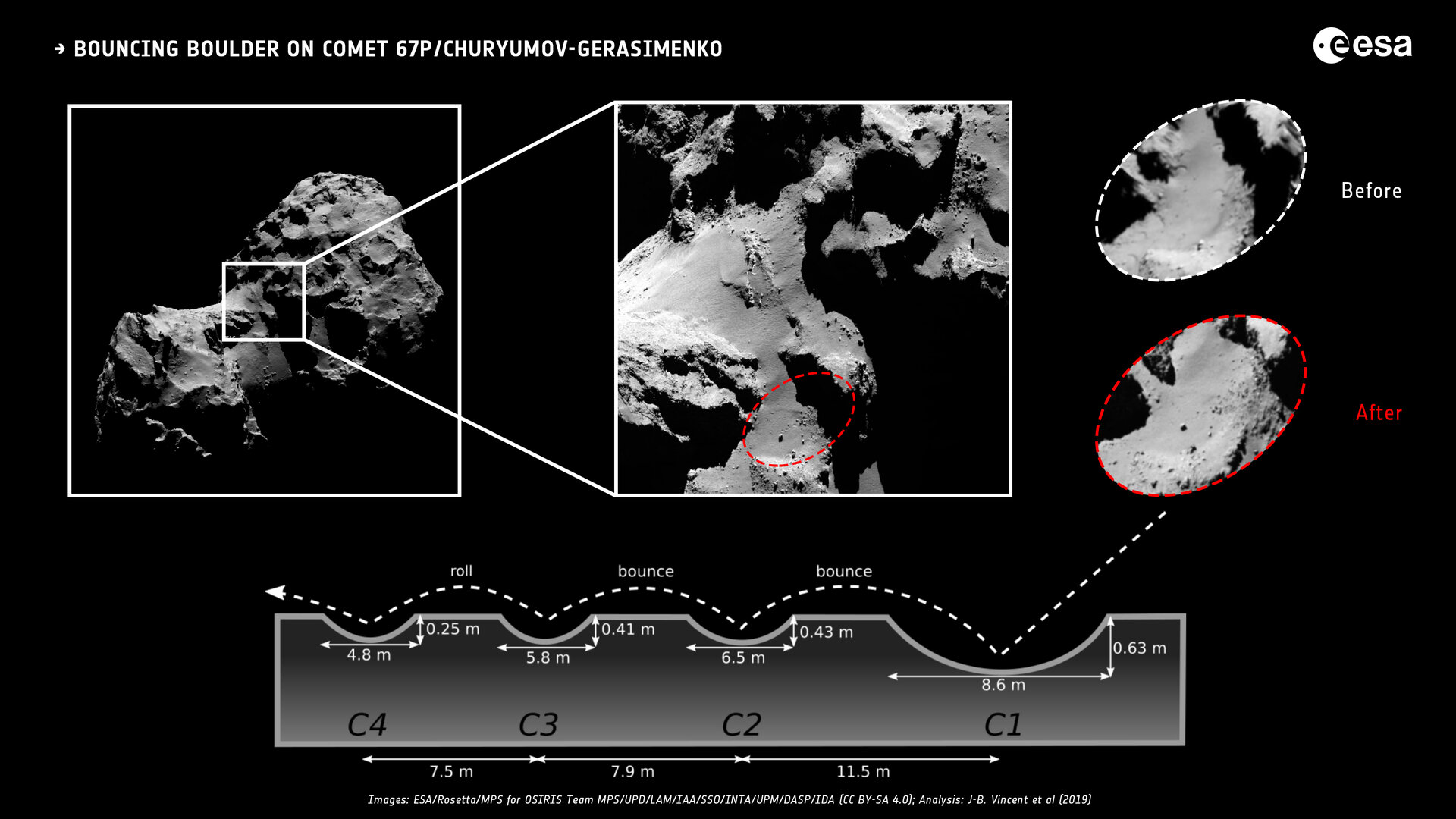 Evolution of a bouncing boulder

An example of a boulder having moved across the surface of Comet 67P/Churyumov-Gerasimenko’s surface, captured in Rosetta’s OSIRIS imagery.

The first image (left) provides a reference view of the comet, along with a close-up of the region under study. The smaller insets on the right show before and after images of the region containing the bouncing boulder, captured on 17 March 2015 and 19 June 2016, respectively. Impressions of the boulder have been left in the soft regolith covering the comet’s surface as it bounced to a halt. It is thought to have fallen from the nearby cliff, which is about 50 m high. The graphic at the bottom illustrates the path of the boulder as it bounced across the surface, with preliminary measurements of the ‘craters’ calculated.