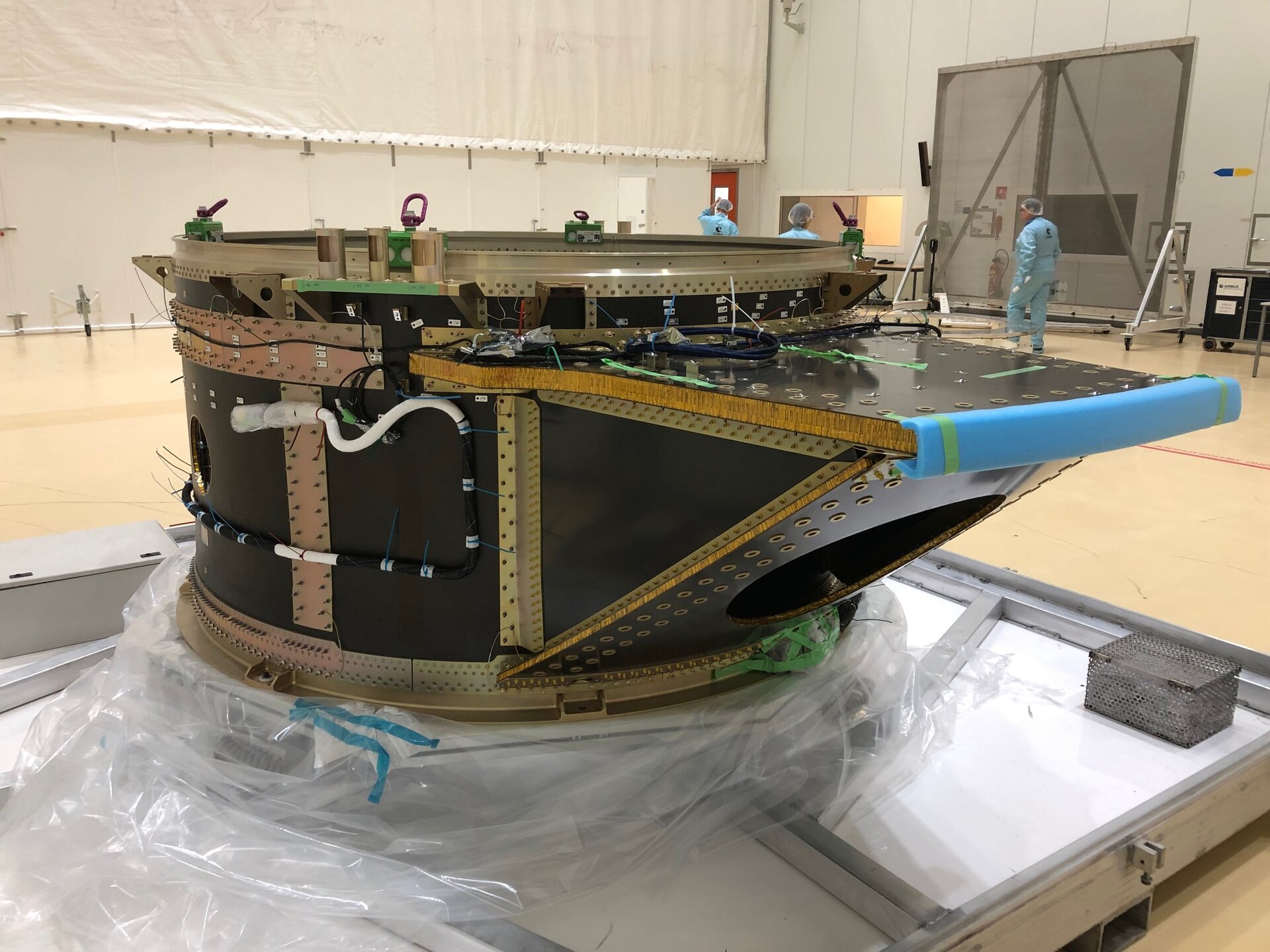 The lower part of the Souyuz Arianespace System for Auxiliary Payloads (ASAP-S) that will be used for the launch of ESA's Cheops mission.

The ASAP-S is currently undergoing final verification activities at Europe's Spaceport in Kourou, French Guiana. Cheops will be placed at the centre, inside the cylindrical part of the supporting structure, which will be later encapsulated within the upper part of the ASAP-S.

Cheops will lift off as a secondary passenger on a Soyuz-Fregat rocket, sharing the ride into space with a satellite that is part of the Italian Cosmo-SkyMed constellation. The launcher will also carry five ‘CubeSats’, small satellites based on standardised 10 cm cubic units, which will be placed in two triangular-shaped structure at either side of the lower part of ASAP-S (one of the two structures is visible in the foreground in this image, towards the right). This includes ESA’s OPS-SAT, a 30 cm high satellite with a powerful computer to demonstrate improved mission control capabilities.