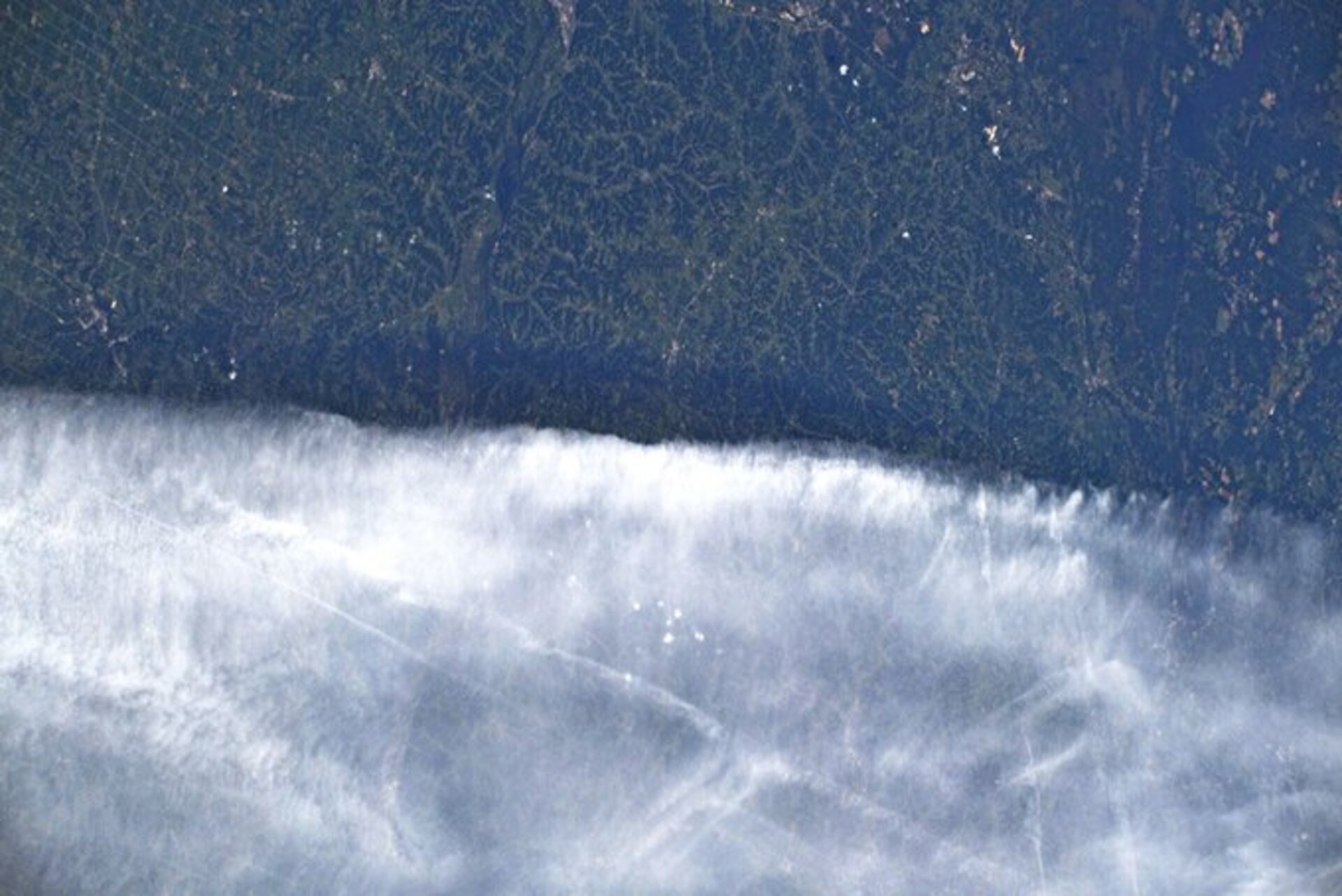 ESA astronaut Luca Parmitano captured this image of the US East Coast from the International Space Station and shared it on his social media channels saying: "A textbook squall line over the Carolinas."